In the Prints and Photographs collection of the Library of Congress, I found a political cartoon connecting the 1857 Dred Scott case to the 1860 presidential race, portraying presidential candidates as dancers in a quadrille led by Dred Scott himself, shown playing the violin.1 By centering Dred Scott as a performer, the artist seems to give him power but ultimately consigns him to anonymity in the same way that blackface minstrelsy confined black performers to stereotypical roles while denying them individual celebrity. 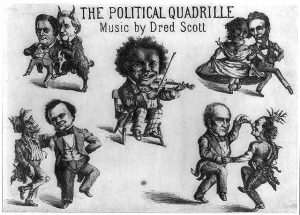 The quadrille was a dance form popular among the upper class in the first half of the nineteenth century where four couples would dance together in a set choreography to a piece with either four or six movements.2 Although some composers like Francis Johnson experimented with the genre, quadrilles were almost always instrumental and had the same structure, although the actual melody and dance steps varied piece to piece.3 For audiences in 1860, the quadrille represented an upper-class and perhaps outdated tradition of adhering to a fixed program with a partner, as well as following the music itself.

The social context surrounding quadrilles allows the cartoonist to poke fun at the figures portrayed dancing in couples. In the upper left, Southern Democrat John C. Breckinridge is shown arm in arm with his political ally and the incumbent president, James Buchanan.1 Nicknamed “Buck”, Buchanan is depicted with horns, adding a touch of fantasy to the image, perhaps to remind readers that the cartoon is not quite serious. The artist pairs the other three presidential candidates with more generic figures: Abraham Lincoln is shown dancing with a black woman as a jab at the Republican party’s abolitionist leanings, while Constitutional Union party candidate John Bell is shown with a Native American man as a reference to his brief flirtation with Native rights, and Democratic candidate Stephen A. Douglas is shown with an Irishman, reflecting the makeup of his own supporter base. In contrast to Buchanan’s fantastical horns, the exaggerated features and clothing of these three anonymous figures are based in very real stereotypes, denying them any individuality. Having the Native man and the Irishman serve as dance partners for Bell and Douglas serves to emasculate them, showing that the interests of these groups were in the hands of male American politicians. It is not clear exactly why the artist chose to portray Lincoln’s partner as a woman while the others are portrayed as men (although fears of black masculinity experienced by whites are probably involved), but the overall message is that all three groups are placed at the whim of white male politicians.

However, by far the most interesting figure is Dred Scott himself, shown in the center playing violin for the dancers. Scott was the plaintiff in the landmark 1857 Supreme Court decision which ruled that black people, enslaved or free, were not considered citizens of the United States and therefore did not have the rights accorded to citizens.4 This decision divided the country and eventually contributed to its descent into the Civil War, and as the artist points out it also overshadowed the 1860 presidential election. Scott is placed in a position of power, both through his role as the musician and by being visually centered in the cartoon. In an era when black musicians were allowed to perform only in limited contexts, giving an enslaved man a position of prestige over presidential candidates who dance along to his music might have been a powerful statement. However, the artist reminds us not to take this power too seriously. Blackface shows were primarily performed by white actors, but it also included black actors, as they were not allowed on the stage in other contexts, and were only allowed to take part in minstrel shows by assuming the stereotyped identities of characters. Scott undergoes a similar process to black blackface actors, who had their individual identities assimilated into white conceptions of blackness.5 The image of Scott has a grotesquely large head and features that, while not strongly exaggerated, do not resemble Scott himself at all, and an expression of happiness or delight at odds with his situation. These features combine to take the audience’s attention away from the actual man and the suffering that led him to sue several times for his freedom, allowing them to focus on the idea that the Dred Scott case had the attention of the presidential candidates and had become a central issue of the presidential race. In appearing to give Scott agency through a musical metaphor, the artist actually erases his individual identity and ultimately thrusts upon him the same stereotyped identities that black performers were forced to adopt in minstrel shows, and and which then applied to all black people by extension. 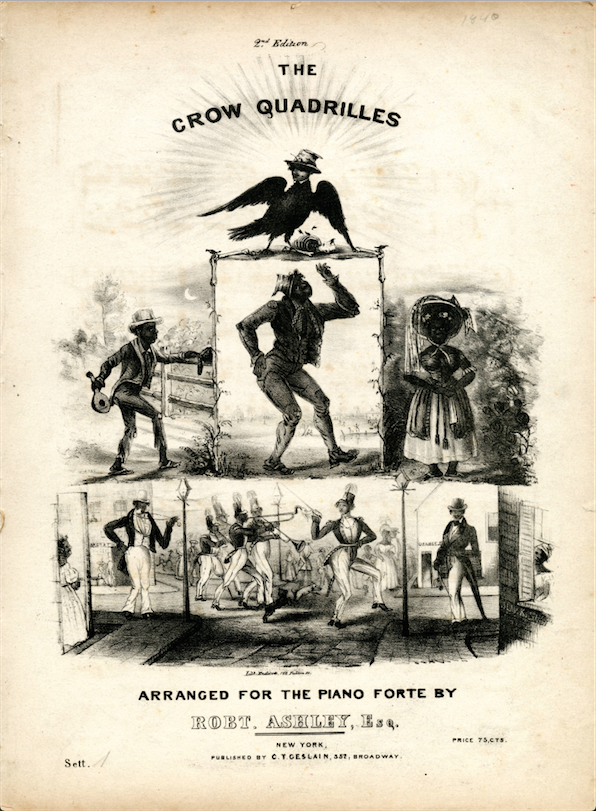 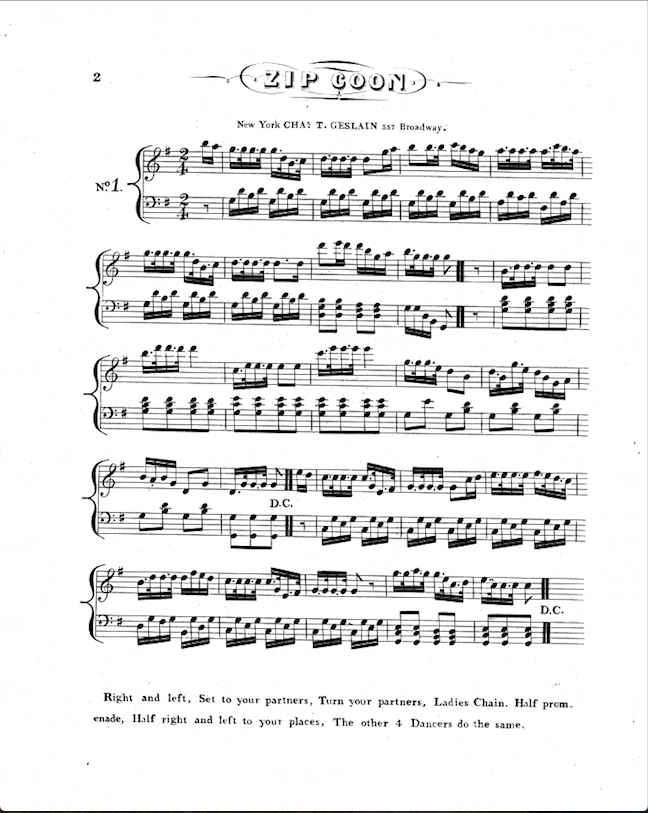 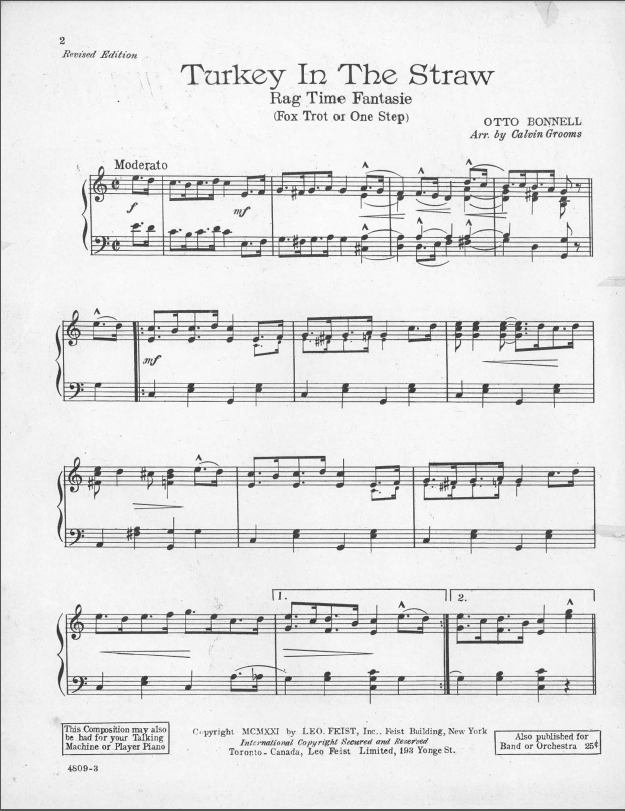