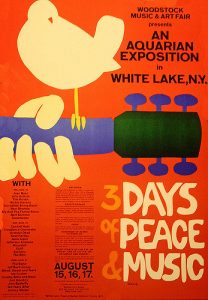 Bach and Handel had the same eye doctor (who botched both their surgeries). Brahms went to a tavern called The Red Hedgehog every day. Debussy loved cats.

Sometimes we need to be reminded that the musicians we worship did not just compose, play, or sing. They were just like us. They had lives, they had other interests, and, in Mahalia Jackson’s case, they had fried chicken.

In 1968, Jackson, still at the height of her singing fame, started a fried chicken chain in Chicago, meant to be the black counterpart to country comedian Minnie Pearl’s own chain as well as a competitor to Colonel Sanders’s rapidly expanding Kentucky Fried Chicken. Though we now claim Jackson as part of our shared American musical heritage, the intended audience for this chain implies a more limited role for Gospel music in the 1960s. As an article in the African-American newspaper The Chicago Defender noted, the chain was “black-owned, managed and staffed and is hiring in the communities in which it operates.”

In this way, the chain was most definitely a product of the 1960s. In the midst of the Civil Rights Era, less than 15 years after the ruling in Brown v. Board of Education declaring segregation in public schools to be illegal, integration was still in progress. Black and white restaurants and neighborhoods, though not legally segregated, existed (and, in fact, still exist today).

I don’t blame Richard Crawford for not including this story in our textbook, “American Musical Life.” There’s only so much you can include, and, however much I might like to say otherwise, knowledge of Mahalia Jackson’s Glori-Fried Chicken is not essential to understand Gospel music. But stories like this one put history in context and show the humanity and depth of musicians. They are people, just like us.

Go grab some fried chicken and enjoy a performance by the Queen of Gospel.