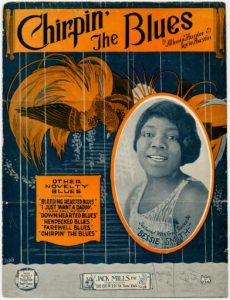 Whilst looking through the database of America’s Historical Newspapers, I stumbled across a 1919 advertisement for S. H. Dudley’s theater, a place where they showed photoplay and vaudeville acts. In the ad, they assert that they are “the only theatre on Seventh Street catering to people of color that does not DISCRIMINATE.” This piqued my interest.

The Sherman Houston Dudley theater was founded by its namesake, a man from Texas who had been a minstrel show performer and who had experience performing in the group “The Smart Set.” As Sherman saved money and became an entrepreneur, he slowly bought out a circuit of theaters and used them as safe spaces for black performers.

Sherman was one of the most popular black performers in the late 19th c, adding his skills as a musician with those of a comedian to his sets. Despite his popularity, he apparently never recorded.1

While Alexander Street Jazz Archives provide rather dismal results, I was able to find a recording uploaded to Youtube that supposedly was recorded by S.H.Dudley. There’s no way to really know if it was him, or if the uploader has any credibility. This is also a problem with materials that were recorded, particularly by African American performers – the exploitation and discrimination against them could have led to false advertising, incorrect records, marketing schemes, and deceptive contracts between performers and their companies. The Library of Congress site has many recordings by an S H Dudley, but here, his first name is Samuel – furthering the confusion. In an attempt to capitalize on Dudley’s talent, did someone else record this song under his name? Or intentionally use the first two initials to maintain ambiguity in the hopes that people would mistake this singer for Sherman Dudley? Did Sherman Dudley go by two different names? This could point to a further line of inquiry. 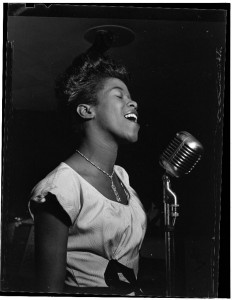