Historically Black Universities and Colleges (HBCUs) have been known for their marching bands for over a century. Marching band competitions flood most of the southern states throughout the marching band season with the big competitions such as Nationals and the Honda Battle of the Bands being greatly anticipated. It wasn’t until 2002 when Charles Stone decided to showcase HBCU marching bands and the culture that has been born from this musical community. The film is labeled as a drama, musical, comedy, and romance and features a young man from Harlem who joins a Southern university’s marching band but antagonizes the musical director and its leader. There is a coming-of-age element to the film as the young college student finds his way in college and the band.

Almost a decade later in 2011, a new version of Drumline came out for a different audience. Drumline was made into a theatre production. 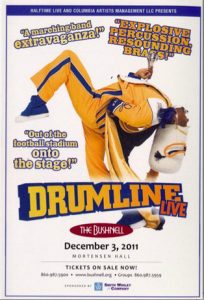 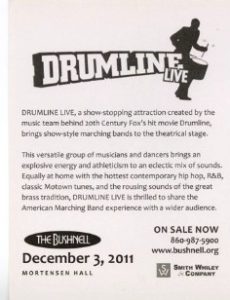 Reading into a newspaper article from the Philadelphia Tribune on the year that Drumline Live came out as a theatre production it was clear that the production made quite an impact on the audience and was a surprising success.

“Drumline Live” is the brainchild of Atlanta native Don P. Roberts, a former Florida A&M University (FAMU) drum major who began his musical journey as a trumpeter. An educator who has served as the instrumental music coordinator of the DeKalb County School System since 1996, Roberts was recruited by “Drumline” producer Dallas Austin, an accomplished drummer who is also an Atlanta native, to serve as executive band consultant for the film.”

It was a booming success amongst HBCUs, BIPOC communities, musical communities, theatre-goers, and so many others. Roberts could not keep himself from boasting of the accomplishment that was Drumline Live.

“This show is absolutely the most dynamic, exciting theatrical production to come out in years. These are big words, but every time people see the show, they tell me I was right! I don’t think there’s anything that’s comparable, and I go to shows all the time. I feel like there’s some really good shows out there, but there’s nothing like us. We touch every emotion in your body. We’re going to make you sing, we’re gonna make you shout, we’re gonna make you cry, we’re gonna make you smile, we’re gonna make you laugh – we touch all of the emotions. You will totally be surprised by the things that you see in the show, and that’s one of the beautiful things about it.”

As I read through the newspaper clippings, looked further into the film and the comparison of the theatre production, one question kept coming to mind: Why this way? I do not have an answer for why these two avenues of art would be chosen to inform an audience of the culture of a HBCU marching band yet it was. What art forms are we using to spread knowledge of something that doesn’t seem like it should fit there? 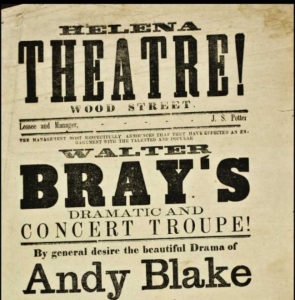 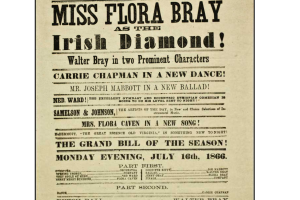 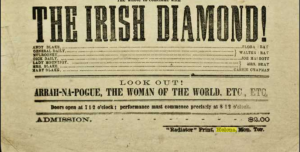