Welcome back to Part II of my blog series “The Harp: Do You See it as a White Instrument?”.

As we have previously discussed, if the average American were asked what they envision when they think of harp music, it is likely that their description would most closely match Western classical music. Their image of a harpist would most likely match that of a white woman, angel, or cherub.

Conversely, if the average American were asked what instruments they think of when they think of jazz or swing music, the harp would unlikely be named at all. Silhouette of five players in a jazz band, none of whom are playing the harp1

Allow me to challenge these prevailing images by introducing you to Olivette Miller, a Black swing harpist born in 1914. 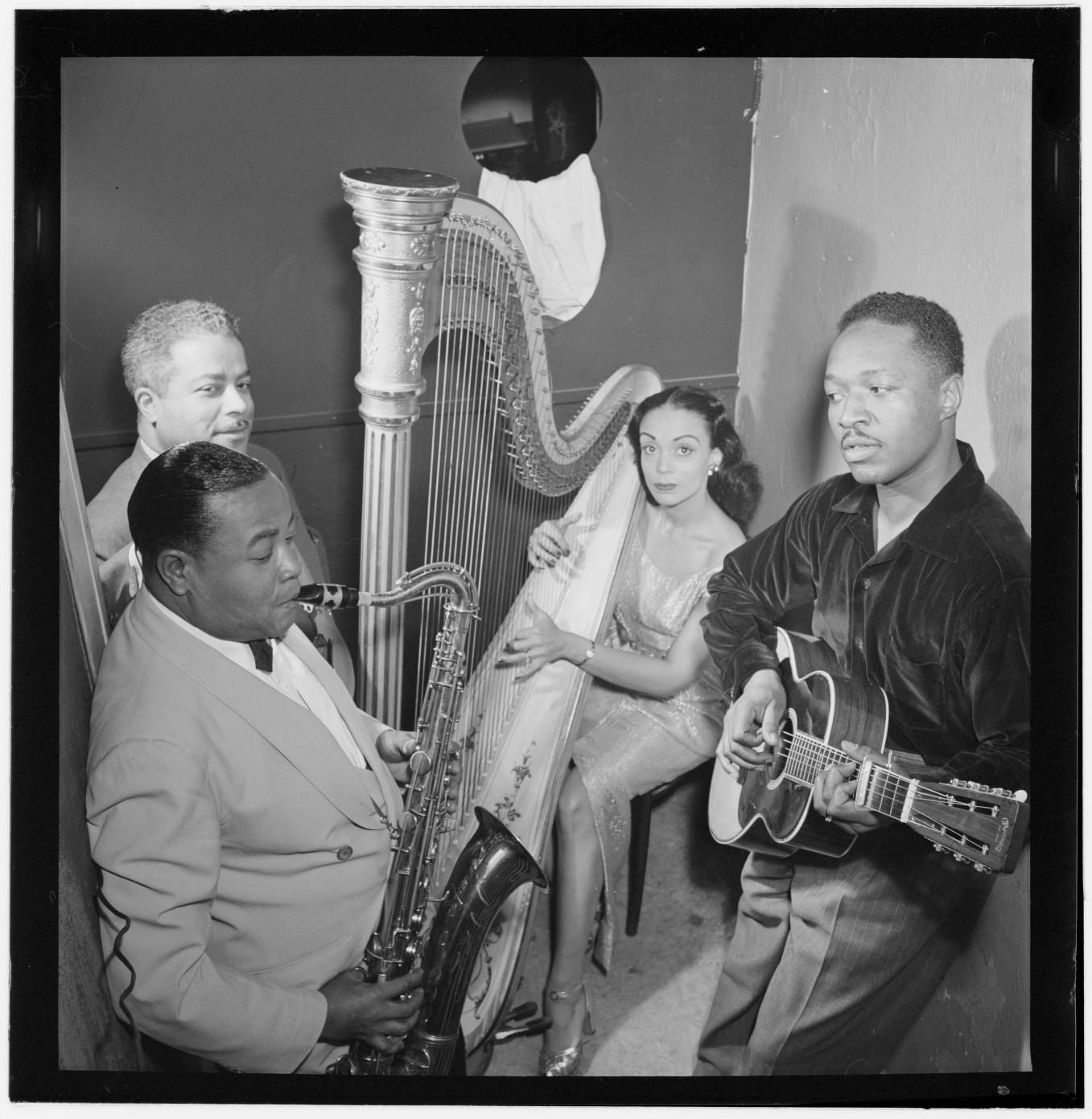 What do we know about Olivette Miller?

It was very difficult to find scholarly secondary sources about Olivette Miller. In fact, Catalyst, the library interface for St. Olaf and Carleton Colleges, shows only 15 results for “Olivette Miller”, and they are mostly references in the context of her famous father or ex-husbands (I smell academic sexism). Google results for Miller include a sparse Wikipedia page3, IMDB page4, and an African American Registry entry5, each listing very few, if any, credible secondary source references. One of the best scholarly sources I could find was The New York Public Library Archives and Manuscripts6, which only briefly mentions Olivette Miller under the biographical information for her father, saying she “was a renowned jazz harpist”. I searched for a recording of Miller playing the harp for a very long time, but only found a recording of her singing7:

What did a mid-twentieth century audience know about Olivette Miller?

There are far more references to Miller in primary source newspapers, where you discover, after digging, that she was famous in her time. In a 1942 article within the Arkansas State Press8, shown below, a headline reads “Olivette Miller Featured With Noble Sissle”, a prominent jazz composer. The article informs readers that Miller studied harp at the Conservatory of Paris, which is no small feat. 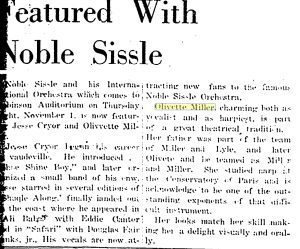 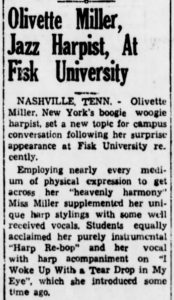 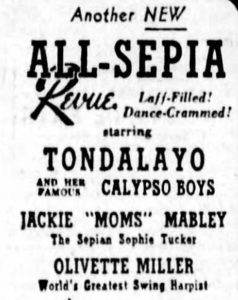 I also found the advertisement for a movie called “The Joint is Jumpin’”, shown below, which stars and highlights Olivette Miller11. It appears as though the film is lost. Still, Olivette must have been featured because advertisers believed her fame would help ticket sales. 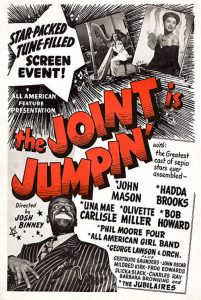 In conclusion, we know that Olivette Miller was famous in her time, but that she has since been lost to history. What does her disappearance from modern-day discussions of jazz or harp say about race, identity, and representation in American music? Do we only preserve in our memories individuals who fit our expectations for race and genre?

P.S. If you want to hear what jazz harp would sound like, here’s a recording from the only slightly more-discussed jazz harpist, Dorothy Ashby, born 18 years after Olivette12: