Today, I will remain in the vein of composers and their culinary expeditions, as established by fellow author Phil Biedenbender (Here’s his post on Mahalia Jackson and her fried chicken excursion).

A pioneer of the “American” sound in classical music and winner of the 1949 Pulitzer Prize in music, Virgil Thomson had some serious musical chops. But did you know he also cooked gourmet lamb chops? 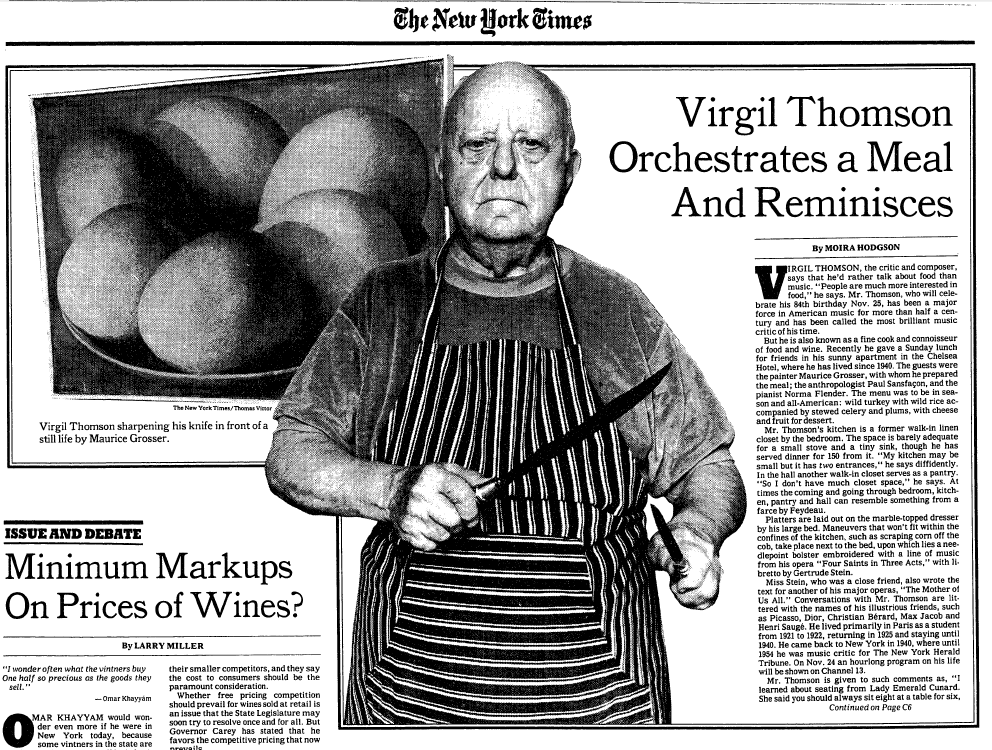 We know Virgil Thomson mainly through his acerbic wit revealed in his writings and musical critiques. Thomson wrote many letters to his friends and acquaintances, some criticizing music, some about special occasions, and even some advice about various topics. His prose is known for being blunt and often funny even if he was being offensive. Thomson’s curiosity was insatiable, composing for almost every genre of music and absorbing all that was new around him.

Thomson also had a passion for fine wine and dining that could only be matched by his passion for music. He once stated, “If I was going to starve, I might as well starve where the food is good.” Thomson’s dinner parties were legendary. Few people were invited since space was limited in his residence at the Hotel Chelsea in New York City, home to other greats such as Bob Dylan and Leonard Cohen. But those that were fortunate enough to attend were treated to an amazing meal and enlightening conversation. He may have been one of the most well-connected men in New York during his time, as people worldwide wanted to stay in contact with him. 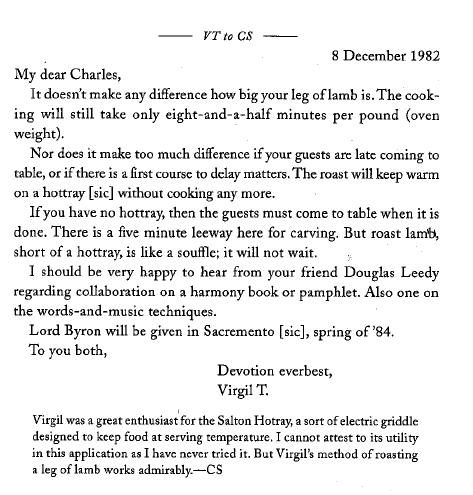 As enigmatic and detached he may seem in writing and his compositions, Thomson’s love of food makes him at once more personable as well as knowledgable. People would have not gone to his parties if he was a discourteous host or did not have engaging discussions. He showed a human side of himself that people may have never thought existed through the various meals that he hosted. Even as he was getting into his 80s and 90s, Thomson never lost his vigor and remained as sarcastic as ever until his death. 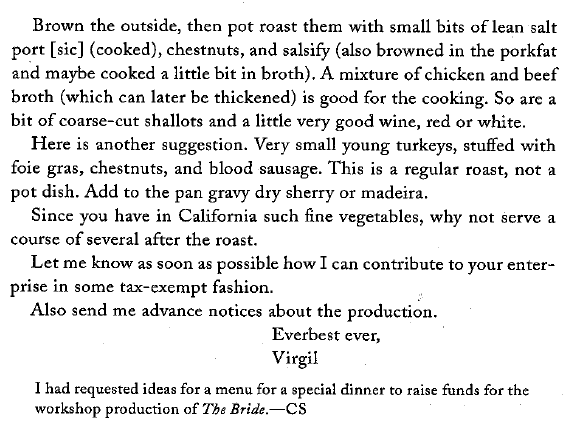 I wish I could have had the pleasure of being served his pot roasted guinea pig.