Mismatched faces loom down at passersby in Dothan, Alabama. Some grinning, some straight-faced, sixteen white ovals are superimposed on each other. The mural’s array of country music artists is reminiscent of a bad photoshop job. I will argue that our conception of country music as a genre is just as piecemeal and whitewashed.

Wes Hardin’s 2010 mural presents a myriad of flat, disconnected faces and instruments that are meant to represent country music as a whole. These individual, one-dimensional shapes are imposed on a vaguely southern, pastoral backdrop. This representation of country music is almost exactly what we encounter in written attempts to describe the genre. As Jeffrey Manuel points out, the history of country music is intertwined with a “set of ideals and customs” prescribed to the “plain white folk”.1 These plain white folk themselves are often given a physical description: “Fat or lean, blonde or brunet, the Southern type could be discerned by travelers”.2

Written histories have taken perceived elements of white folk culture, pasted them onto a general image of white folk, oriented the whole scene in a generic Southern landscape, and called it country music. Perhaps the ridiculousness of a mural in Alabama with sixteen heads of varying sizes shows us how this description is a mere caricature of country music. 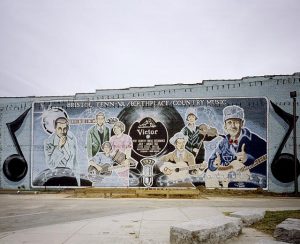 Murals such as those in Alabama and Virginia show us an image of country music that is easy to swallow. They depict a genre that can be neatly boxed up and captured by a mythical sense of southern, white culture. But as Jeffrey Manuel points out, no genre of music is ever this easily defined. We need to move past thinking that such basic tropes of southern culture can characterize an entire history and genre of music.

As I began looking through images of bluegrass musicians from almost a century ago, I realized that amidst the controversial discussion about which culture bluegrass music sprang from, one element in this polarized history remains constant. It was present whether the musician was Celtic or Cajun, young or old, man or woman. 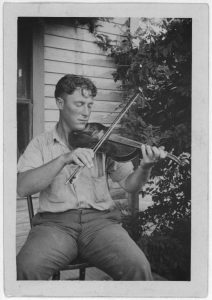 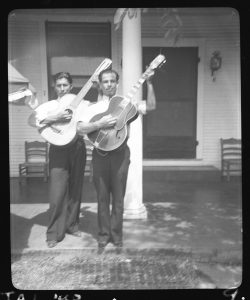 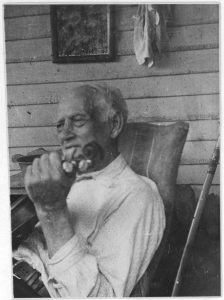 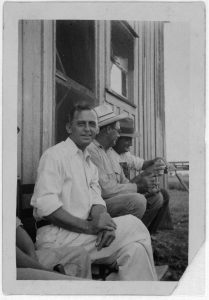 Nicknamed “pickin’ parlors,”[1] front porches became the unofficial location for jam sessions to break out in 1930s southern communities. One might argue that front porches are a favorite performance venue for bluegrass musicians because of their great acoustics, or because the intense heat of the south required musicians to play outside in the breeze, but I’d like to think it’s deeper than that. I think that by playing on a porch, these musicians were inviting neighbors, relatives, and friends to enjoy this musical tradition. 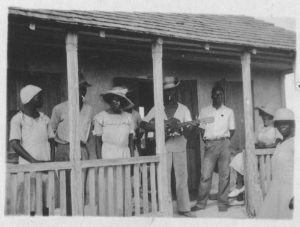 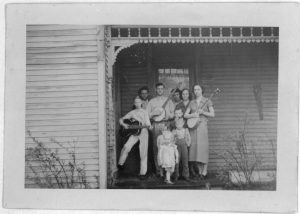 No matter the person’s race, front porches offered their wooden floors and rocking chairs to any musician.