When many people think of American folk music, some of the first musicians that comes to mind are Bob Dylan, Pete Seeger or Woody Guthrie. Few people know of Odetta Holmes, known simply by her stage name Odetta. Her name isn’t even mentioned in the Wikipedia “American Folk Music” page! Most people know her as “The Voice of the Civil Rights Movement,” due to her influential role she played as an activist and blues/gospel musician. 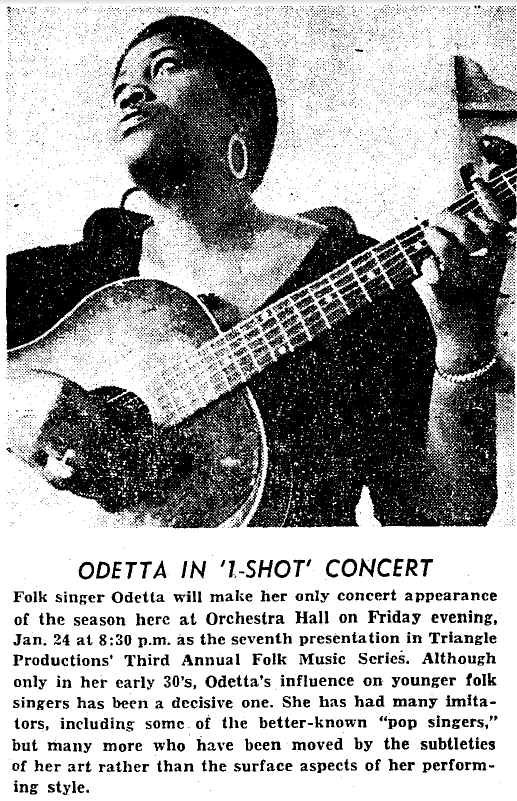 Odetta in the Chicago Defender, 1964

However, Odetta started off not as a folk singer, but instead earned a music degree at Los Angeles City College. She went on to tour with a musical theater group performing “Finian’s Rainbow,” which was, fittingly, about prejudice. As she toured, she discovered that enjoyed singing in the coffeeshops late at night, infusing her music with the frustration she experienced growing up. In a 2005 National Public Radio interview, she said: ”School taught me how to count and taught me how to put a sentence together. But as far as the human spirit goes, I learned through folk music” [2]. 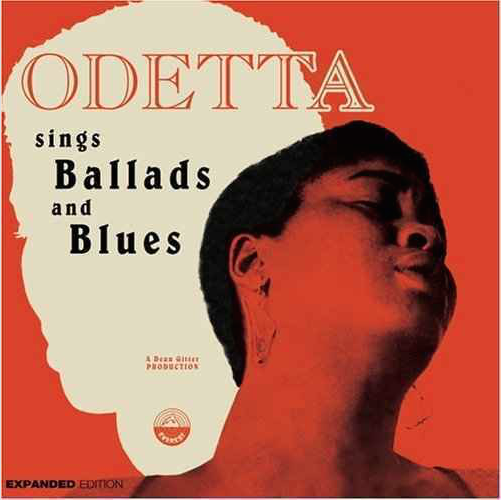 Cover of Ballads and Blues

Odetta released her first solo album, “Odetta Sings Ballad and Blues,” in 1956. This album would turn out to be influential for a certain Bob Dylan. He stated in a 1978 Playboy interview that “the first thing that turned me on to folk singing was Odetta,” after listening to this album in a record store. He learned all the songs and found something “vital and personal” in her singing [4]. Not only did her music draw Bob Dylan to folk music, but she also met Joan Baez, another popular folk musician, and Baez cites Odetta as one of her primary influences as well [5]. Two of the biggest names in American folk music were influenced by a woman and social activist that would later go on to perform at the 1963 march on Washington, march with Martin Luther King Jr. from Selma to Montgomery in 1965, sing for presidents Kennedy and Clinton, as well as perform at New York’s Carnegie Hall. 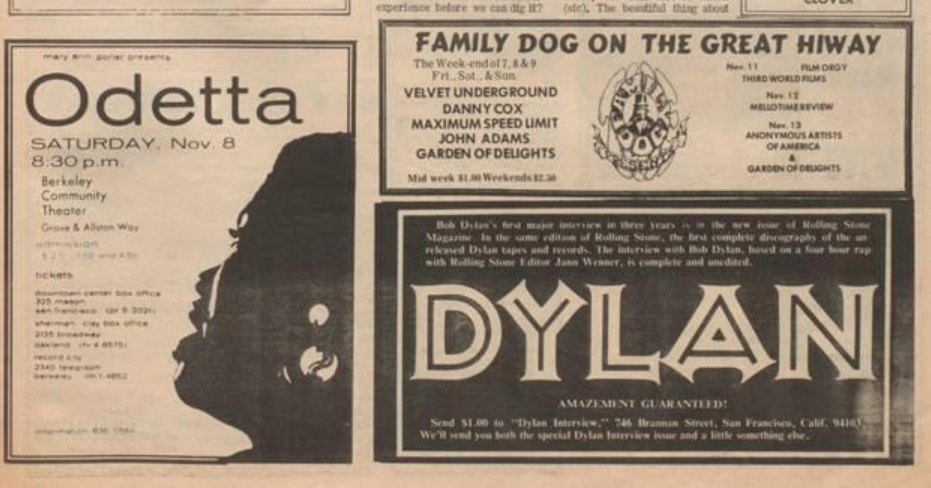 Ad for Odetta next to an ad for Bob Dylan in the Berkeley Tribe, 1969