I have decided to dedicate my last blog post to Sister Rosetta Tharpe because she was mentioned in class the other day and she is just so very cool. She was born Rosetta Nubin and was a famous blues guitar player who would go on to become the first successful crossover acts who played both gospel and pop songs with a career spanning the 1940s and 50s.1 She started playing publicly in front of her church at the age of four but went on to pursue a career in the music industry, first as a gospel singer and then also as a popular singer.

She was an incredibly talented singer and guitar player. She was one of the foremost talents on guitar and used to regularly challenge and subsequently beat male guitar players. She disrupted both the expectations of the musical genre (gospel) and her gender with her skill.

If you watch the video, you notice her incredible gift of playing the guitar. She plays it like it is an extension of herself, especially at that moment when she stops playing for a few seconds to clap but then goes right back to it like nothing happened. What is of note is the fact that she was commonly referred to being able to “play the guitar like a man”. While it is good that people can recognize and celebrate her talent, it implies that she can only be skilled by taking on a male trait like proficiency at the guitar. She has somehow become an unusual point in a trend that has existed in American history that women cannot be skilled and still retain their identity as a female. Yet, she never shied away from the supposed dichotomy that others saw in her. She claimed her ability and embraced her identity as a female without issue.2

Of note, is the fact that she was so popular that she was one of two black gospel acts who cut a V-Disc for American soldiers overseas in WWII. Later she, alongside Sammy Price (a pianist), would crack the race records top ten- a rare feat for a gospel act with her song “Strange Things Are Happening Every Day”. 3

She was so widely known that (as you can see in the review below) people would call her things like “the greatest individual personality in religious singing history”. This happens to be an announcement promoting an event she is headlining in Kansas but is not an advertisement so there is a greater likelihood that the feeling is true. 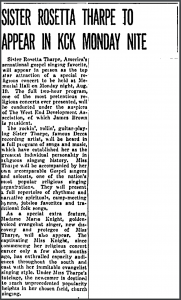 What does interest me is the fact that she was able to achieve fame as a gospel singer. Is there any significance behind the fact that she is known and celebrated predominantly as a gospel singer rather than as an early rock and roll star? Can you name any early female rock and rollers? Or is it possible they are all placed in other genres (as their primary identifier? What could this mean?)

Regardless of the answer to those questions, Sister Rosetta Tharpe was an incredible woman and deserves to be better known in our time in any capacity. She was both enormously talented and influential and should be better known. (#herstory) 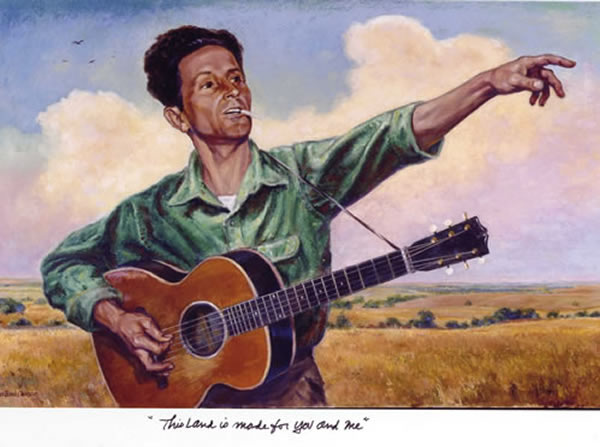 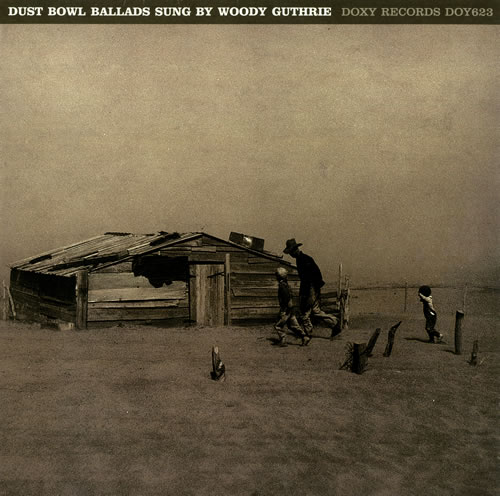