For this blog post, I decided to return back to and take a in-depth look at the American Indian Histories and Cultures archive. As we wrap up the semester and finalize our mapping projects, taking the time to locate more specific primary sources that relate to my group’s mapping project on Indigenous Song Collection and Repatriation is especially important.

The American Indian Histories and Cultures archive presents an array of resources that detail interactions between American Indians and Europeans from their earliest noted contact. The archives’ hope is to explore the consequences of European colonization on the political, social and cultural life of American Indians. 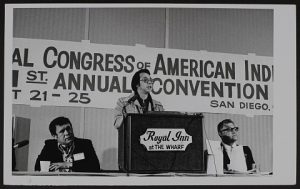 Supposedly a product of an Indigenous right organization, The Indian randomly places Densmore’s transcribed lyrics of “A Sioux Song” within the paper. There is nothing that contextualizes the music beyond the fact that it is attributed to Charging Thunder and the Sioux people. 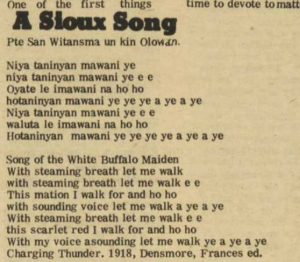 This article could be used as an interesting example of contrasting opinions on Frances Densmore’s song collecting work. On the one hand, “A Sioux Song” has been published within a larger collection of texts that speak to Indigenous rights and advocacy. Densmore’s song represents what the publishers saw as valuable information or knowledge that a reader could acquire should they wish to consider and evaluate Indigenous culture of South Dakota. On the other hand, this article also highlights some of the problems with Densmore’s work that we explore further in our mapping project (linked above). The lyrics that Densmore transcribed exist in a space without context and largely removed from their original meaning. It is surely a colonial idea to say that an audience is entitled to all of the information that the song contains, but considering the purpose of the newspaper and the legacy of Densmore’s song collecting work more broadly means that The Indian’s presentation of Densmore’s research might be a little too vague- not to mention that the column is titled “A Sioux Song.” Ultimately, the publication of Densmore’s “A Sioux Song” is an excellent example of some of the issues that my research group and I tried to parse out in our map and offers further examples of the value of considering context when studying music more generally. 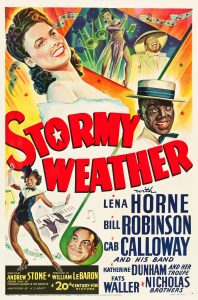 “…my conscience would not let me accept money to help carry on a tradition directly opposed to the welfare of thirteen million people.”

Grant Still then goes on to explain how he asked for his name to be removed from the film’s credits and how the potential of the initial storyline was promising. Later on in the process, however, Still found that his preconceptions about the film were incorrect. Producers and other studio executives had come to him with ideas about Black culture and its music rooted in ideas of exoticism and crudeness. By contrast, Grant Still’s understanding of the music that he would produce for the film

“…went against the same Hollywood ‘stereotype’ as regards colored people.”

Grant Still’s article illuminates an interesting dichotomy between reality and Hollywood’s perceptions of the reality of race relations in the United States. In the process of creating an all-Black film, directors and producers for the film had hired Grant Still to replicate what they saw to be a universalized version of Black music. When Grant Still’s ideas for music for the film didn’t accurately portray what was expected of him, and what was expected to represent Black individuals at the time, he chose to reject his position and remove his name from any influence on the film. Despite the intentions of the film creators and the Blackness of the film they were producing, Grant Still saw himself as contributing to the social forces of popular culture that reinforced traditional stereotypes of people of color and perpetuated harm in the movie industry.

The video is the titular song and scene “Stormy Weather,” after it was re-arranged in the final version after Still left: 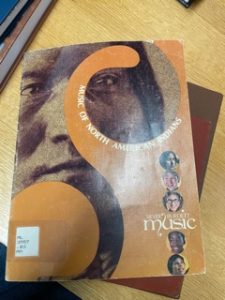 St. Olaf’s Halvorson Music Library is home to an exciting and surprising collection of primary sources that we can and will use as we develop our final mapping projects throughout the remainder of the semester. Recently, in both our projects and class discussions, we have been asked to consider the ways that members of the St. Olaf community should study music made and disseminated by Indigenous people.

Accompanying the question of how Indigenous music should be studied, one of the more serious questions that we’ve considered in our class, is how much of the kind of language that we associate with Western art music should we use in our discussions of other musical traditions. Alongside this question, we have emphasized the significance of incorporating the voices of Indigenous practitioners and scholars into our study of Indigenous music. Scholars like Trevor Reed or Tara Browner are voices that we’ve engaged with as we try to discern the existing scholarly conversation surrounding the study if Indigenous music. END_OF_DOCUMENT_TOKEN_TO_BE_REPLACED 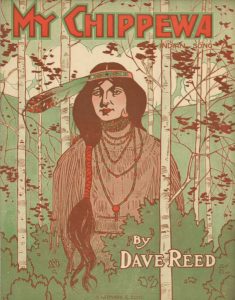 In my own independent research for our culminating semester project, I’ve been exploring Indigenous song collection in the United States at the turn of the twentieth century. So, with my exploration of the Sheet Music Consortium this week, I wanted to see what sheet music could tell me about this particular ethnographic practice. What is particularly challenging in my own research in Indigenous song collection is the tension between Indigenous musical practice and ethnographers like Frances Densmore who recorded songs, through both audio recordings and written scores. Though written scores, especially like those Densmore published in her bulletins (like Chippewa Music)  for the Bureau of American Ethnology, can provide insight into Densmore’s experience with Indigenous music, there are still questions as to how accurately they represent concrete, traditional musical practice.

END_OF_DOCUMENT_TOKEN_TO_BE_REPLACED

As I was doing my research, I came across this column in a 1903 edition of the Broad Ax. Entitled “Montana Society Note: Characteristic Description of a Brilliant Social Function in the Cow Country.” This article provides some intriguing insight into the perception of minstrel shows throughout history. Upon an initial skim, one might think that this is a genuine recount of an evening of entertainment at a minstrel troupe performance. Language like “roaring success” and “It was one of the most brilliant heel-and-toe stampedes ever held in this settlement” initially hint towards the success and ingenuity of a performance like this. A little bit of further exploration of the paper and its author reveals a different perspective.

END_OF_DOCUMENT_TOKEN_TO_BE_REPLACED

Our last few class sessions have asked us to consider how history presents Black music and culture and the ways that we can critically evaluate those presentations. Our syllabus assigned us a series of readings about Black music, which were all categorized under the subheading “The White Hypothesis.” The authors of these articles, Henry Krehbiel (1854-1923) and George Pullen Jackson (1874-1953), each highlight a relatively convoluted set of principles that they saw to be universal truths about the origins of Black music and spirituals. Though Krehbiel and Pullen Jackson’s arguments are different, and even contradict each other on many points, they’re both rooted in inaccurate assumptions about Black culture, identity, and music.

END_OF_DOCUMENT_TOKEN_TO_BE_REPLACED

In 1870, a writer for The Radical, J. Vila Blake, once asked “How will our present controversies look A.D. 1970?” [1]. The controversies he referred to were in regards to the “Yankee Church Music” of the Reconstruction.