Francisco Raúl Gutiérrez Grillo, more commonly known by the moniker Machito, spent his childhood in 1910’s Havana, Cuba.1 He grew up singing and played the maracas from adolescence, and after moving to New York in the 1930’s, Machito became a revolutionary figure on the American music scene. He recorded more than 75 albums over the course of his 50 year career, with his band The Afro-Cubans (founded 1940). Together, the group made major contributions to the development of salsa and mambo and essentially originated what we think of today as Latin Jazz, also known as bebop. “Tanga,” one of the band’s most famous Latin-jazz works (and works, period) exemplifies their style; it’s characterized by “strong multi-tempo percussion [. . .] with jazz wind instruments.”

Machito and the Afro-Cubans became beloved by the American public during their career, as is well documented by historical newspapers that note their popularity when describing their performances.2 But articles don’t capture a sound, the uniqueness of each performance of a particular piece, the mood of a club when an artist is performing; for these things, we turn to recordings, videos, and, I argue, photographs. For example, look below at this photograph of Machito and his sister Graciela Perèz Gutièrrez, who also performed with The Afro-Cubans and performed as lead singer for a time in the forties when her brother was called to military service. 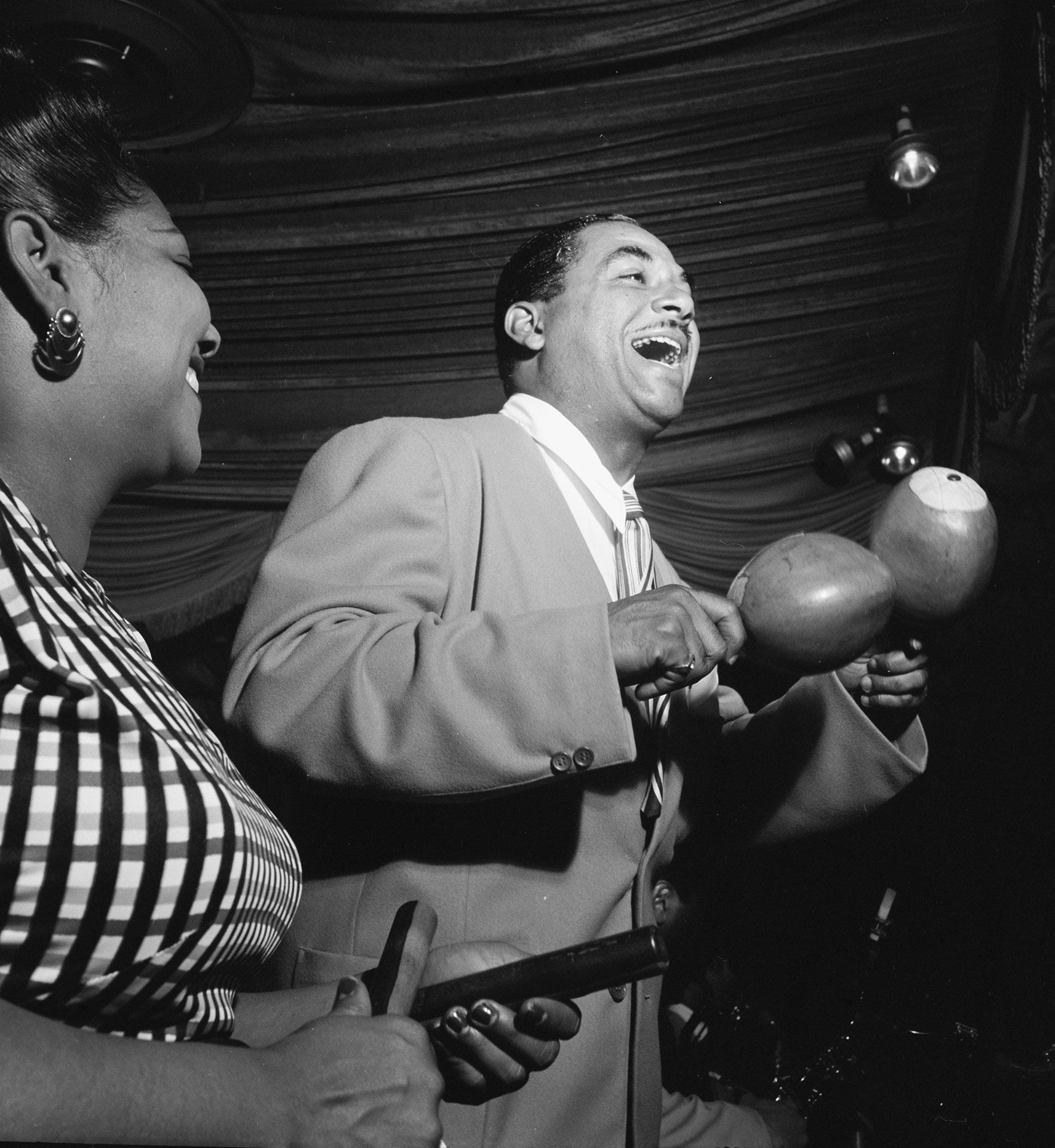 The photo was taken at the Glen Island Casino, and one could probably venture a guess about what type of atmosphere the performance had based off of the venue alone. But what does a simple venue name tell us about the act of musicking itself? Not much. This photograph, by contrast, can communicate something about the actual art being created, despite the temporal difference; we can see the body mechanics involved in playing, the facial expression, the contrast between the lit stage and the dark room. Even the intimacy of the shot itself, positioned so close to Graciela, suggests a specific sort of small-venue atmosphere, a closeness between performer and audience that must have had an effect upon how the music was experienced. The position of the camera also suggests something about how Machito and the Afro-Cubans were perceived by their audience: as I said, it’s intimate, and that suggests a comfort, even an affection, on the part of the photographer. We can read in newspapers that Machito was beloved by the public, but a photograph like this lets us experience that through the eyes of someone who was there.

What I’m getting at is that a photograph can put a viewer in a temporal moment with a performer, intimately involved in their act of musicking, just as listening to a recording transports a person, so to speak. A photograph gives a musicologist a better sense of the place in which music existed, a personal in, that could be valuable when studying music as a spatial, temporal thing. And in a world where musical performances are often thoroughly documented as pictures, it’s worth asking ourselves what unique value photographs may have to us and future musicologists for deepening our immersion in the music we study.

2 Easily located in the ProQuest Historical Newspapers: New York Amsterdam News database. For example, this edition specifically notes his popularity, and this one’s praise of his musical ability is outright flattery

3 “Machito.” In The American Mosaic: The Latino American Experience, ABC-CLIO, 2022. Image. Accessed October 3, 2022. https://latinoamerican2.abc-clio.com/Search/Display/2234214. The photograph is also documented by the Library of Congress, and their webpage has somewhat more information about its origins.