Childish Gambino’s, “This is America” and its accompanying video dominated conversations and social media feeds for days following its release in 2018 as well as receiving critical acclaim at the 2019 Grammy Awards. 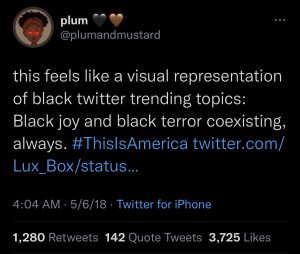 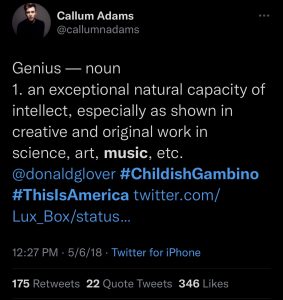 The music video provides a commentary on gun violence and the lasting impacts of systemic racism and discrimination in America. Of these lasting impacts, one that stands out to me is the presence of minstrelsy in Gambino’s video.

“Cultural expropriation is the minstrel show’s central fact, and we must not lose sight of it… it establishes little about the cultural commerce suggested by one performer’s enthusiasm as he gathered material for his blackface act: ‘I shall be rich in black fun.’”1

White performers are exploiting black culture for (white) public entertainment and subsequently profiting off of it.

40 seconds into the “This is America” music video as Gambino is dancing, he makes an over exaggerated smirk on his face and winks his eye, similar to the cartoonish way black people were represented in minstrel shows and drawings. Much like the “Turkey in the Straw” sheet music cover art and the Coon-Chicken Inn restaurant logo. 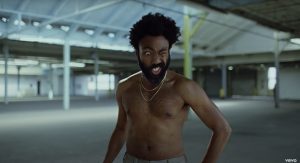 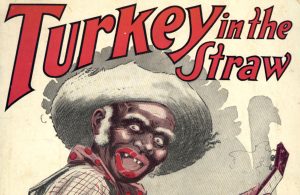 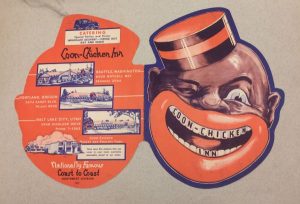 This subtle act is the first reference to minstrelsy in the video.

The second reference to minstrelsy is a bit less subtle than Gambino’s facial expressions. At 51 seconds, Gambino pulls out a gun and takes a specific stance before pulling the trigger. This stance references Jim Crow sketches and is incredibly similar to the 1834 cover art for the sheet music of the minstrel song “Zip Coon.” 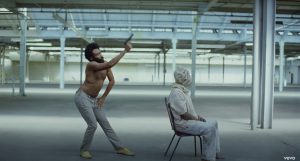 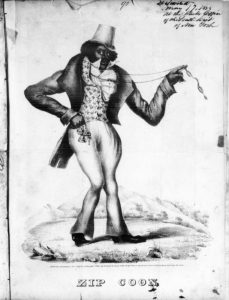 Gambino’s placement of these references to minstrelsy in the middle of viral dances like the Nae Nae is especially compelling. Today, a major form of cultural appropriation is white people performing and profiting off of dances made and popularized by black artists. So, Gambino using his body to refer back to minstrel shows while performing the Nae Nae, which took America by storm in 2015, is no coincidence.

Minstrelsy still permeates American culture today- When one looks up “Turkey in the Straw” on google, it’s described as a “folk tune” and suggests performances of the song by Bill Monroe and the Hi-Lo’s. This brings me back to my first blog post and specifically the idea of discovering the whole truth when it comes to American music. Minstrelsy is still alive and well, so what do we do with that information?