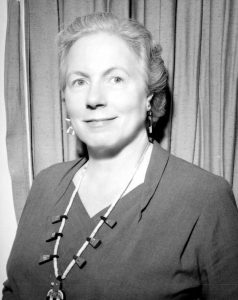 While American folk festivals are a thing primarily associated with the latter half of the twentieth century with festivals like the Newport Folk Festival starting in 1959 and the Smithsonian Festival of American Folklife starting in 1967, festival organizers like Sarah Gertrude Knott were working to collect and illustrate various folk musicians much earlier in the century. Sarah Gertrude Knott was born in Kentucky and attended various drama schools throughout the country, later organizing community theater events in North Carolina and St. Louis until founding the National Folk Festival in 1934 in St. Louis. The National Folk Festival went on to be held in many more locations around the country and influenced regional folk festivals in these areas like the American Folk Festival on the Bangor Waterfront and the Richmond Folk Festival.

The National Folk Festival was not, however, the only festival of its kind that Knott organized, as she travelled the country in search of various folk traditions to give a stage to. An article in the Chicago Defender from April 1936 entitled “FOLK MUSIC TO BE FEATURED IN TEXAS FESTIVAL: Race Members Are Urged To Co-Operate” announced Knott’s plans to represent every “American Race folk expression” in the third annual folk festival at the Texas Centennial Exposition. The article urges racial minorities to participate in the festival as Knott and the organizers wish to represent the plentiful “race music” in Texas, as Knott says she has “discovered a greater wealth of Race material in Texas than in any other part of the country.” I found this association of folk material with minority, particularly African-American, traditions to be interesting as folk festivals in the latter half of the twentieth century focused on primarily white traditions like bluegrass, though here there seems to be an emphasis on more authentic folk traditions being that of underrepresented peoples. This is likely due to the general lack of familiarity and exposure to this music from most white Americans during this time, so there still remains a certain “authenticity” to it.

Link to the newspaper article