In September of 1896, The periodical The Musical Visitor, a Magazine of Musical Literature and Music includes an article titled “The Indian Flute.” While short in length, the article discusses briefly the sound and look of the flute, as well as compare it to the western flute and clarinet. While not necessarily attempting to undermine the importance of the Lakota Flute, the editor of the article does not seem to understand the full history and use of the instrument.

Throughout the article, there is no indication that author attempted to talk with a Dakota tribal member except in attempting to trade for one of their flutes. To play the flute, the only prerequisite is to “is to have a melody in the heart through the performance,” beyond that there is not indication that research was conducted of the tribe and its uses for the flute, only what appear to be assumptions made through observation. I make his conclusion because the author, in describing a general instance of a person playing the flute, said, “when the Indian begins to play in the tepee right after a hearty supper, you may be sure that he is going to continue until after breakfast.” This comment makes no culture references or gives a reason as to why the person is playing the flute, besides enjoyment.

Because of the age of the article, I read the comments and conclusions presented with a bias that they were made by a western man through 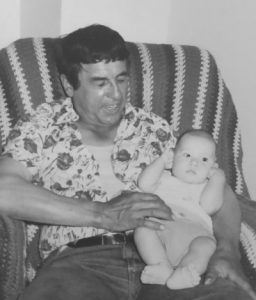 primarily observation and with very little contact with the native tribe of the Lakota Flute.  To identify the biases observed in the 1896 article, I searched for more recent articles written by or about a Native American who knows the history of the Lakota Flute from an internal perspective. By doing so, I discovered Mat’o (also knowns as Jack Cardinal, pictured right). Mat’o explanations expand on the rather minimal descriptions presented in the periodical. The flute is traditionally performed, according to Mat’o, during “the season of the popping trees,” meaning February when  men would try to court women. Beyond that, Mat’o uses the instrument to help tell stories of “the old ways.” In this regard, the periodical could be correct in assuming the playing of the flute with pleasure.

Although “The Indian Flute” does not seek to attempt to undermine the history of musical instruments with native American Tribes, the article does provide a glimpse into the way 19th century settlers attempted to understand their musical traditions in a western context, and in doing so miss the importance of these instruments to their tribes.