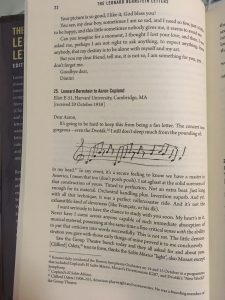 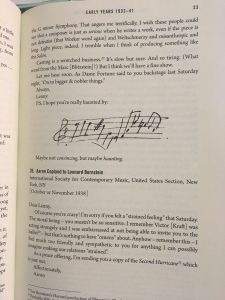 A few scholars had pointed out that Copland’s music in 1930s-40s was somehow associated with the idea of Pan Americanism. During the promotion of “Good Neighbor Policy” time, not only did Copland serve the government in an official capacity, but he published on Latin American music and composed Latin-American–style works such as El Salon Mexico.

Audiences are pretty sure that Copland’s deep interest in Latin America music absolutely went beyond the “Good Neighbor policy”, but I personally think that Pan Americanist aesthetic ideology actually influenced Copland’s way of composing. Some Argentine critics also pointed out that Copland’s interest in Latin America was largely motivated by his leftist politics, and that this ideology, moreover, permeates the very scores of his Latin- American–themed compositions (Crist 2003). They insisted that various forces had aligned to promote U.S folklore as an emblem of progressive politics.

However, Copland did care about his audience and the music public. It is said that in his memoirs, Copland claimed El Salon Mexico had “started the ball rolling toward the popular success and wide audience I had only just begun to think about.”

To attract the public attention (or promote the belief of Pan Americanism), Copland tried new approaches in his composition. El Salon Mexico uses an abstract ideal of musical logic in favor of a rhapsodic form that emphasizes rhetorical coherence more than structural design. In addition, this one-movement orchestral fantasy features a new accentuation of melody. As the first of Copland’s works to make extensive use of folk song, this composition captures the spirit of the eponymous dance hall by quoting traditional Mexican tunes and evoking such popular musical. For example, it shows how Mexico rhythmic developments are free and always in transition.

I would think that during Copland’s time, he promoted folklore to Latin American composers while cultivating accessible folkloric elements in his own music- and all these qualities also valued by the government committees on which he served.