If you know anything about minstrelsy, you know that it is a prime example of America’s horribly racist past. But what’s striking is how present it is in our media today, almost normalizing this appalling phenomenon. 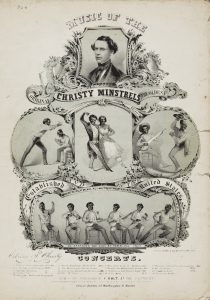 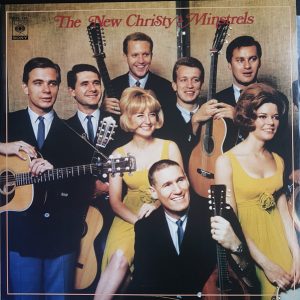 Minstrelsy was formed around the 1830s and was a theater tradition in which white performers painted their faces black with burnt cork and greasepaint. They would produce comedy shows satirizing black life, complete with songs, backing bands, dancing, and sketches. The Christy Minstrels were a minstrel group that formed in 1844, and toured the US, making money from performing in blackface.

The New Christy Minstrels are a music group that performs folk music, and although they stopped producing music in the 90s, they still have over 50,000 monthly listeners on Spotify. In 1962 they won a grammy, and in 1970, they performed at the super bowl half-time show. They were extremely successful in their time, and still, hold relevance today. The founder of the New Christy Minstrels admits openly that his group is named after the original (racist) minstrel troupe, and their most popular albums feature minstrel songs.

On the Library of Congress database, there is a recording of The New Christy Minstrels performing a song titled, “The Cotton Picker’s Song,” a piece of music that’s clearly about/sung in the voice of enslaved people. I came across this recording while searching for material about Christy’s Minstrels, the original troupe. I’m still shocked by the existence of this group and their blatant and careless references to one disgusting part of America’s past. Do they not know about the violent and unacceptable history of minstrelsy? Or do they not care?

The New Christy Minstrels display a shocking amount of ignorance and prove that education about minstrelsy and racism is necessary.