The chill in the air around campus has started to make me think of the approaching Christmas season. Every year the caf fires up its ovens to make Fest Food ™, a huge Christmas tree is put up in Buntrock, and you may find students watching a particular movie huddled up in their dorms: A Charlie Brown Christmas.

I would argue that the most well-known aspect of “A Charlie Brown Christmas” is the music. The music from the Charlie Brown Christmas special is engrained on millions of American memories, including my own. “Christmas Time is Here,” and “Skating” were both originals created for the show and are now sung around the world during the holidays. American jazz pianist Vince Guaraldi composed most of the music himself, while including traditional Christmas hymns such as “O Tannenbaum” and “Hark the Herald Angels Sing.” In 2012 the album was added to the Library of Congress’s National Recording Registry list of “culturally, historically, or aesthetically important” American sound recordings

While looking through St. Olaf College’s Vinyl collection, I was shocked at how many versions and remakes the college owns of the songs from the original album: 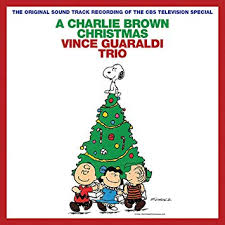 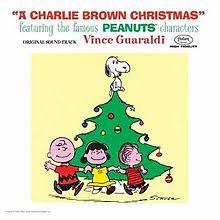 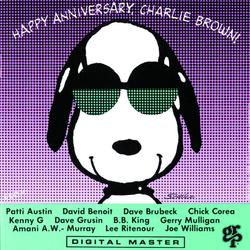 There’s something about this film that seems to hit a chord with people (pun intended). According to Conlan Campbell of the Manitou Messenger:

“I’m not a particularly big fan of Christmas media or a particularly big fan of the Peanuts series, but every year I find myself drawn to the Charlie Brown Christmas special. Unlike most holiday specials, this one does not feel to me like an aside or cash-in on Christmas iconography. There is some essential quality in this film that sets it apart to me, making it perfect. […] Beyond the narrative, all the compositional elements are in perfect interplay. Vince Guaraldi’s iconic low-key jazz backs up almost every scene and the environments feel authentic. The world is flat and simple, but immersively so. Nature is compact but always shifting and the indoors feel cozy and certain. The night sky is constantly changing and the scale feels like childhood. What was small in a moment becomes immensely large and the characters shrink into it [3].”

Campbell is not alone is his love for the show. Over 15 million households around America (nearly half of all American television sets) tuned into the Christmas special on the night of December 6th, 1965, and it has run at least once every year after (2019 will be its fifty-fourth year!). This sweet, unassuming children’s special has turned into a musical tradition for generations of Americans, and remains a timeless part of American popular culture.