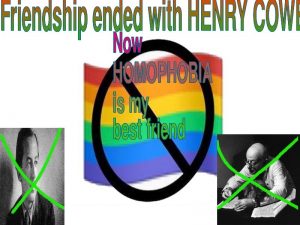 Charles Edward Ives (1874-1954) was an American modernist composer who has achieved international renown, though not during his own lifetime. He is notable in that he was not a career composer; he was an insurance executive, and actually laid the foundation for the modern system of estate planning as we know it today. Through his compositional career, he became close friends with Henry Cowell (1897-1965), one of the most prolific and ahead-of-his-time composers and music theorists of the 20th century. Cowell and Ives, in addition to their friendship, were bound together through the New Music Society, an organization run by Cowell that was dedicated to organizing new music concerts and publishing new music.

Despite advancing his career to the international stage, dark times loomed for Cowell. In May 1936, he was arrested for allegedly engaging in homosexual acts with a 17 year old boy. He was eventually sentenced to a maximum of 15 years in prison. Many of his composer colleagues lent him support and publicly campaigned for his release, but Ives, one of his best friends, cut contact with him.

In a letter from Harmony Ives (Charles’ wife) to Charlotte Ruggles (the wife of Carl Ruggles, another central figure in the modernist movement Cowell participated in), she describes Charles’ reaction to hearing the news.

“… I told Charlie and he and I feel just as you do. A thing more abhorrent to Charlie’s nature couldn’t be found. We think these things are too much condoned. He will never willingly, see Henry again — he can’t— he doesn’t want to hear of the thing— the shock used him up and he hasn’t had a long breath since I told him but he will get used to it— isn’t it shocking the things we “get used to”? He said characteristically “I thought he was a man and he’s nothing but a G——— D——- sap!” (Ives 245).

Ives is notorious within music history for his quite conservative and deeply impassioned views on masculinity and femininity (one might even call his views obsessive), but it shows how deep seated his prejudices were that he would completely cut off contact with one of his best friends for over 4 years. According to a 1994 New York Times article, “Ives apparently, in fact, suggested to mutual acquaintances that suicide would be Cowell’s only honorable option” (NYT July 10, 1994).

Ives and Cowell eventually reconnected after the latter’s pardon, but their friendship was much more restrained. Ives did not fully open himself up to Cowell until Cowell told Ives that he planned to marry Sidney Hawkins Robertson, who was an important ethnomusicologist in her own right. (Ives 286-288). It speaks to the societal and interpersonal prejudices Cowell faced that once he was exposed as a queer person, he was not able to shed off such a blow to his character until he married a woman. Though this is speculation on my part, it would make sense to think that Ives reconciled with Cowell because he felt that by marrying a woman, Cowell was somehow relinquishing his identity as a queer person. Though perhaps this idea of forfeiting or changing one’s identity out of personal necessity does not manifest in the same way it has in other areas of the class (black minstrel artists playing up stereotypes in order to make a living, for instance), Cowell had to undergo this process all the same.