“The Americans expect great things of me and the main thing is, so they say, to show them to the promised land and kingdom of a new and independent art, in short, to create a national music.” — Antonin Dvorak

“To classify music according to nationalities is to narrow its scope.” — Edward MacDowell

The more letters by composers one reads from the turn of the 20th century, the more clear it becomes that, just as much a focus as how to create an American sound, a primary issue of the time was whether to do so. Certainly many composers sought this end, including Dvorak and Cowell, as well as Gershwin, who suggested European composers like Dvorak may be more initially suited to extracting such a sound. Yet there were also voices like MacDowell’s, who resisted the others’ nationalism. 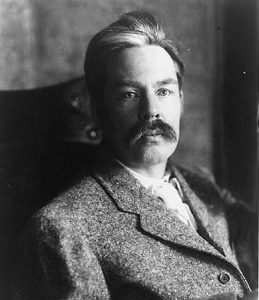 In a letter written in 1897, MacDowell replied to Mary M. Shaw regarding which pieces to program for an American-themed concert by saying the whole idea is unwise. Since audiences would only be able to compare between American composers, he believed they would elevate some composers to the disparagement of others. This problem does not disappear when comparing composers of all nationalities, but MacDowell did not advocate for a national sound. At the least, his approach prevents all of American music from being disparaged at once. His wishes advocate a different kind of independence: that of the composer from any restrictions on composition, rather than that of America from Europe.

This understanding of MacDowell’s argument is instructive with his second point as well, quoted briefly above. His choice of words is unfortunate, due to minstrel connotations–“In spite of Mr. Dvorak’s desire to clothe American music in Negro costume…”–but allowing composers freedom in their creativity is a worthy goal when separated from that institution, and being expected to conform to their national identity could be seen as restricting their expression.

The points MacDowell raised are not unreasonable (at least not outright, and without some problematic connotations), but they may have been futile. Virgil Thomson remarked on musical developments around the world, including American music. Young Italians, he said, would sit around late at night until world pop music came on the radio, waiting to have “the satisfaction of hearing real American music, by which they mean Duke Ellington and Bob Crosby . . . They don’t call that music jazz or swing or anything special; they call it la musica americana. And their hats are off to it.” 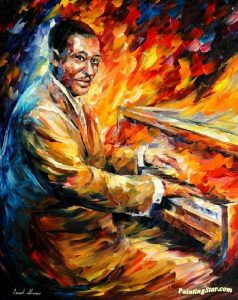