Aaron Copland is widely regarded as one of the greatest American composers of all time. “The open, slowly changing harmonies in much of his music are typical of what many people consider to be the sound of American music, evoking the vast American landscape and pioneer spirit [1].” Reading through his letters, I found some interesting correspondence between Copland and his peers. 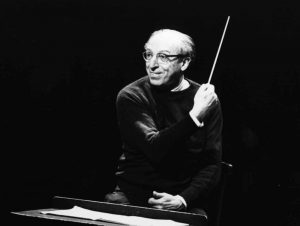 I stumbled across several letters. The first was a correspondence between Copland and Carlos Chávez. Upon further research, I figured out that Carlos Chávez was “a Mexican composer, conductor, music theorist, educator, journalist, and founder and director of the Mexican Symphonic Orchestra [2],” who was greatly influenced by native Mexican cultures. The second and third letters were between Copland and Leonard Bernstein. The fourth letter was between Copland and Irving and Verna Fine, whom Copland knew from the Tanglewood festival. 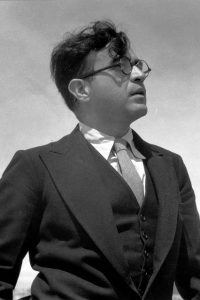 “I was so sorry you missed the opera. […] The end has something of the same ‘Freude, Freude’ feeling, tho in completely different terms. Of course the kids had everyone completely interested. Kids are like Negroes, you can’t go wrong if they are on the stage [4].” 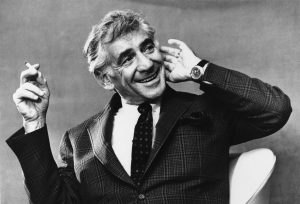 “What a music factory it is [in reference to the music of Havana, Cuba]! Thirteen black men and me— quite a piquant scene. The thing I like most is the quality of voice when the Negroes sing down here. It does things to me— it’s so sweet and moving. And just think, no serious Cuban composer is using any of this. Its awful tempting, but I’ll try to control myself [4].”

“You sound as if you were very much on the right track anyhow both as to ideas and composers’ names. Don’t make the mistake of thinking that just because a Gilbert used Negro material, there was therefore nothing American about it. There’s always the chance it might have an ‘American’ quality despite its material. Also, don’t try to prove too much. Composing in this country is still pretty young no matter how you look at it [4].”

#4- to Irving and Verna Fine 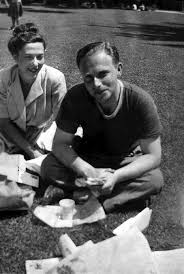 “The city itself is beautiful as ever. Streets are always full of people— no one ever seems to want to go home. Coffee every two hours till you are black in the face. A friendly, democratic feeling in the air that comes across because of the lack of color lines. Skins of all shades and faces of all shapes. Its endlessly amusing to sit at a sidewalk café and watch what passes [4].”

I found Copland’s remarks about race to be very interesting, especially in his correspondence from Cuba. He clearly wants to use the music he hears, but understands that he should “try to control himself.” I also found it interesting when he talks about “American Music” (those words sound familiar!). The “Gilbert” he is referencing is American composer Henry F. Gilbert, a white man who was greatly intrigued by (you could say appropriated) the music of African Americans. I think Copland is saying here that just because the source material isn’t white, does not mean that it is not American.

In my opinion, Copland seems pretty “woke” for his time (1900-1999). He did have some questionable phrases in these letters, but overall I think It’s clear that Copland had a pretty good understanding of culture and was at least thinking about how culture was impacting the music he was composing.