For this blog post I researched into Dolly Parton and the role she has played in shaping country music and challenged the ideas of the poor white hillbilly being the norm in this world. When one hears the word hillbilly they usually associate it with a man, which I think originates from the fact that the music industry was dominated by men at the time of country music being brought into popularity by white Southerners. So what is different about the way Parton presents herself? How does it simultaneously challenge the hillbilly stereotype and become extremely popular, leading her to become a timeless and iconic face within not just female country artists, but the entire genre?

The answer lies within her music and marketing. Dolly markets herself as the common 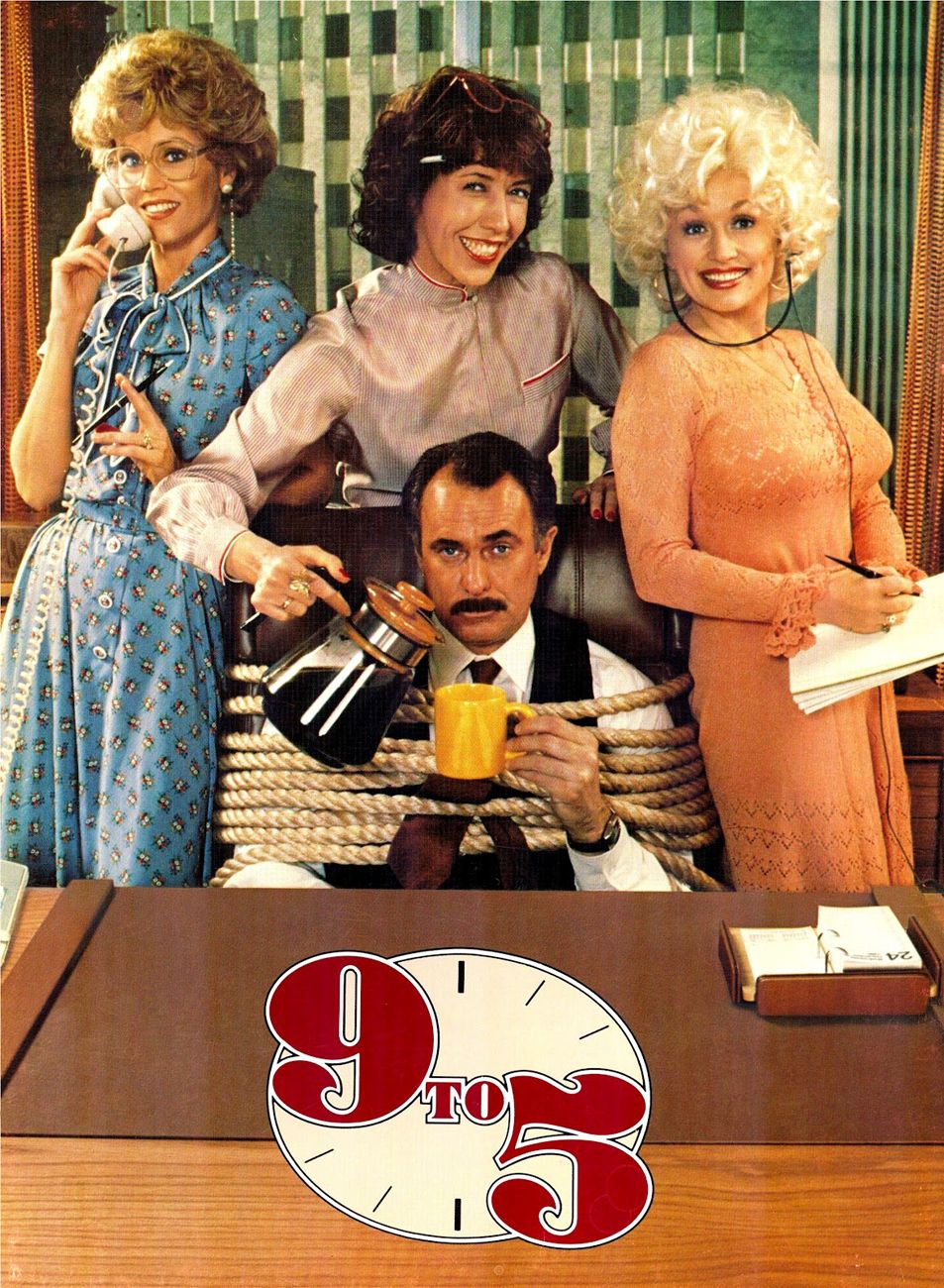 woman, but not in the same “down on their luck” way that most people would expect country music to be presented. In her song, 9 to 5, which is also a feature film, Dolly presents us with the problems of the average person who is dealing with their dead-end job. Sure, this could be construed as someone being down on their luck, but the lyrics “They just use your mind And they never give you credit It’s enough to drive you crazy If you let it”(Parton). show this is a problem that is relatable to any listener that isn’t part of the upper 1%. The imagery of the poster shows how the working class, particularly women, are ready to take back the power from the wealthy (Gibert). This power-dynamic shift is again showing how Parton likes to fight against the typical country music narrative.

This specific line is a bit hypocritical, as country music rarely recognizes the fact that much of their origins come from African American music. Still, the spirit of the song, especially sung by a woman in 1980, is that of resistance. Is it reaching to black women and saying “I”m here! I’m your ally! We’re in this together”? Well, no. It is lacking in connecting that boldly and directly, much like most country music of that era. She presents an air of sticking to your roots but not being afraid to succeed, but isn’t showing off talented African American country and bluegrass singers alongside her.

Although she isn’t making that extra step, I feel she is still stepping out and fighting the patriarchal stereotypes of country music more than other female country singers of the era. She is known for performing alongside modern feminist folk singers, like Brandi Carlile, a known gay Grammy winner. She performed the song Just because I’m a Woman with Carlile’s band at the Newport Folk Festival in 2019 (Ballantyne). This shows that she is still pushing back against double standards that oppress women, while still staying true to the historical descriptions of bluegrass and country, as the lyrics do make it feel like a complaining song, just complaints that are more relevant and valid than some more patriarchal country songs.