After thorough investigation of Frederic Remington’s life and travels, I found no evidence of him traveling to China or studying Chinese people… So I will do my best to interpret the Chinese Figure Study that Remington drew in the late 1800s, in relation to rap music of the 1990s. The Chinese Figure Study (see below) is and ink on paper drawing of three figures, presumably Chinese men. The most striking element of the drawing is the differences in each three men. From left to right they represent a different Chinese man: the far left, a Chinese man in traditional garb, perhaps more wealthy and to the far right, a westernized Chinese cowboy who represents a lower class immigrant. 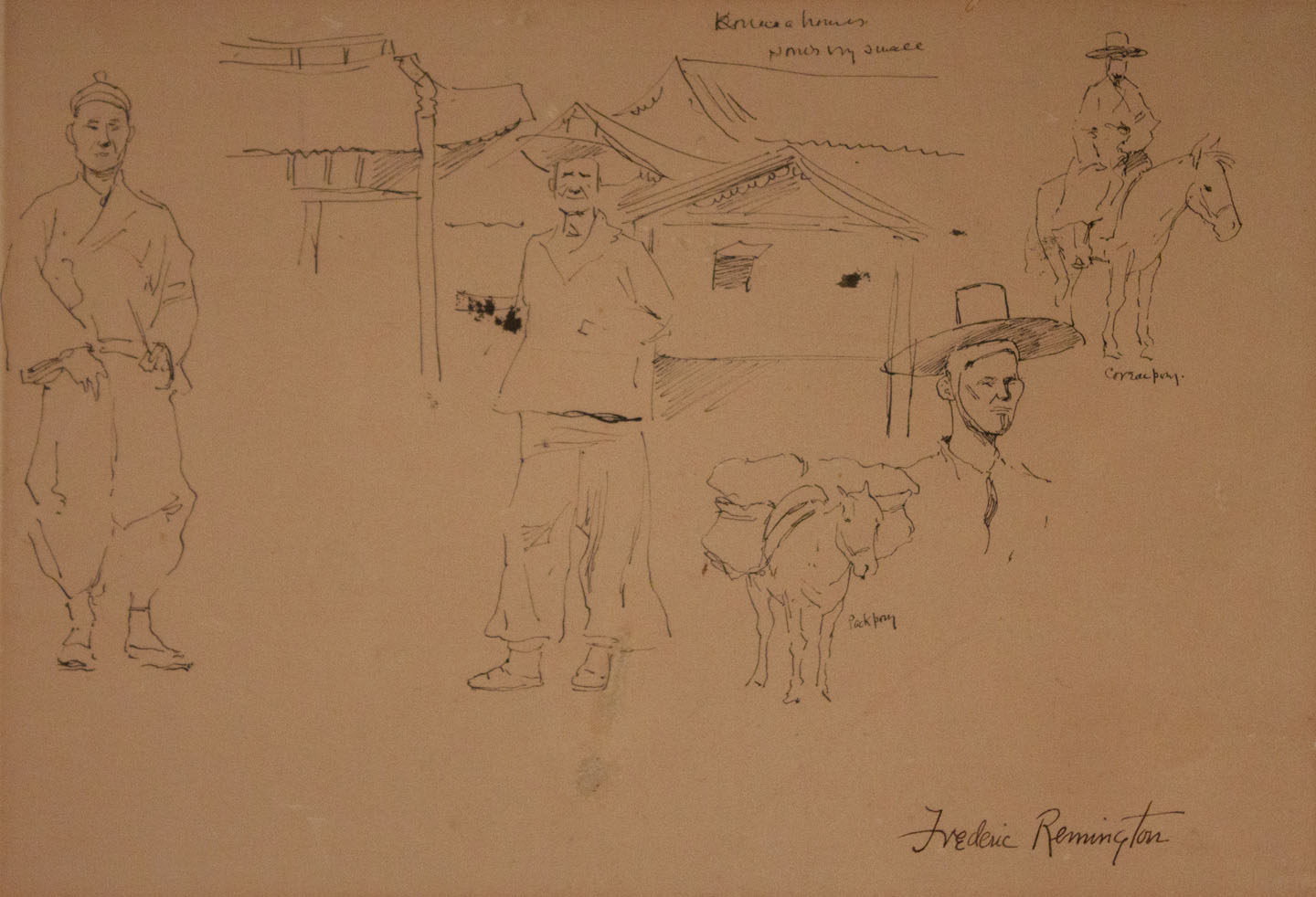 If my interpretation is correct, the above artwork can be compared to the hip hop music from the 80s and 90s we studied. Rap/Hip-hop culture emerged in the Bronx, New York among young African Americans. This new hip-hop movement was a musical outlet for expressing the voices of the low-income Americans. The lyrics of hip hop music is very indicative of this internal and external battle the youths were facing. Public Enemy’s song “Fight the Power” exemplifies the battle of white and black social hierarchy:

In the song, Public Enemy talks about the rights of man and that they should fight for their rights. The painting displays a sort of classifying of man by race and socio-economic value. The binding similarities of an oppressed people are illustrated in both Remington’s Chinese Figure Study and Public Enemy’s “Fight the Power.”