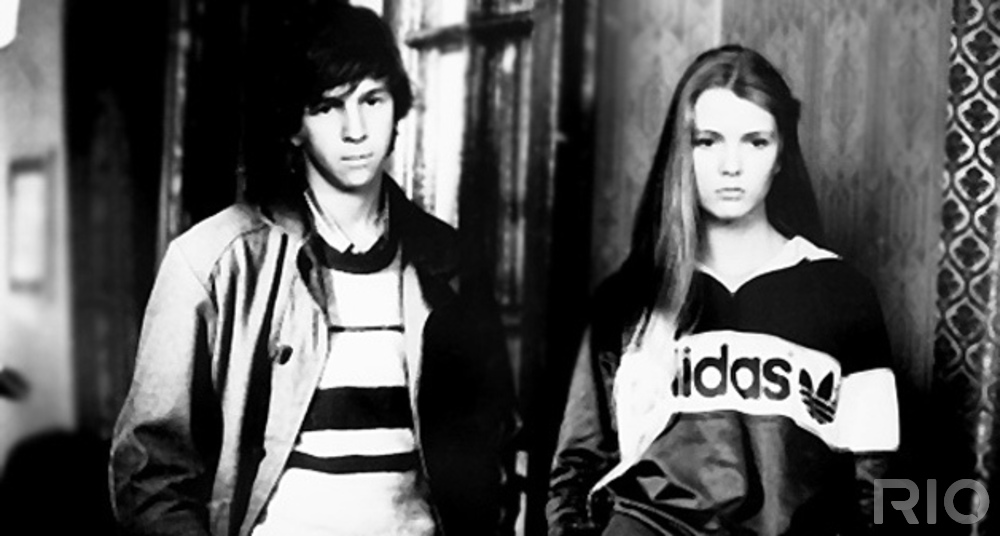 Throughout the movie we see plenty examples of late Soviet fashion. In the opening scene most of the apparel features very broad shoulders and dark colors. Similar trends in clothes appear in many late Soviet pictures. In the 1980s the Т-shirts with western prints and brands started taking over. Western brands represented a different, non-socialist lifestyle and therefore were tempting for Soviet youngsters.

(compare the outfit of Ivan to that of Katya)

In these pictures, we see the contrasting examples of traditional Soviet clothing and the new fashion trends that started flowing into the USSR during the perestroika period. Approximately in that time-frame people invented a pun which mocked the Soviet textile industry. Instead of “sovposhiv”, which means made in the USSR, people started using the word “sovporshiv” (very low quality soviet goods) to jokingly emphasize the undesirability of Soviet-made clothing.

Due to a decline of quality of the Soviet production in the late 1980s (this happened because the government decided to accelerate the production of the goods for mass consumption by additional loading of existing facilities not supported by technology and skilled workers) people saw prestige in possessing something purchased abroad. The gateway for Soviet citizens to western goods were the Baltic states.

In this episode of the film, Bazin says that his aunt  brought him a new skateboard from Tallinn, the capital of Estonia.

In Ivan’s room there is a rock band poster on a wall which stays in the center of the frame for several minutes. The distinctive feature of this poster is that the name of the band is not specified, it just says “rock band”. This is a generalized metaphor of the new youth culture. 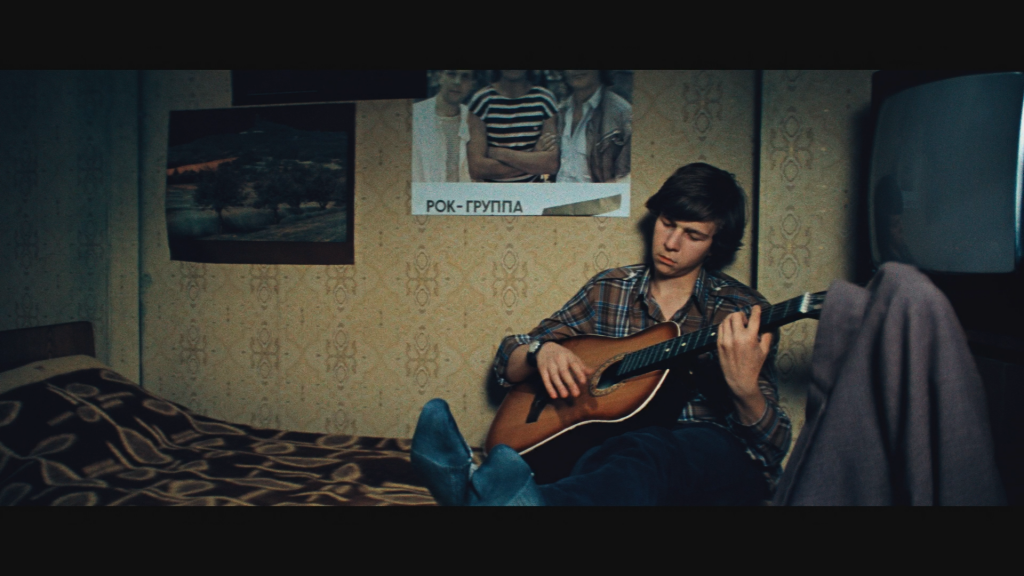 In the scene in front of the poster Ivan and his mother are singing the popular Soviet song about space “Trava u Doma” (“Grass by the House”) released in 1982 by the Soviet rock band “Zemlyane” (“Earth People”).

This song became one of the most popular songs in the USSR in 1980s and the unofficial anthem of the Soviet space program. It is about cosmonauts who are missing their mother-Earth. The significance of the scene is to show how the new musical styles, such as rock, were conquering the hearts of the majority. This song even unites the two contrasted generations: the generation of the young flamboyant dreamers, who were trying to find themselves through western culture, and the generation of people of the old Soviet training and mindset, who were still dreaming of following the socialist path till the end and finish what they started building. The young people were disappointed and wanted to stay away from collectivism and socialism and plunge into western capitalism and consumerism, while many of their parents’ generation still wanted to preserve their old lifestyle. That battle of the Soviet versus Western continues throughout the whole movie.