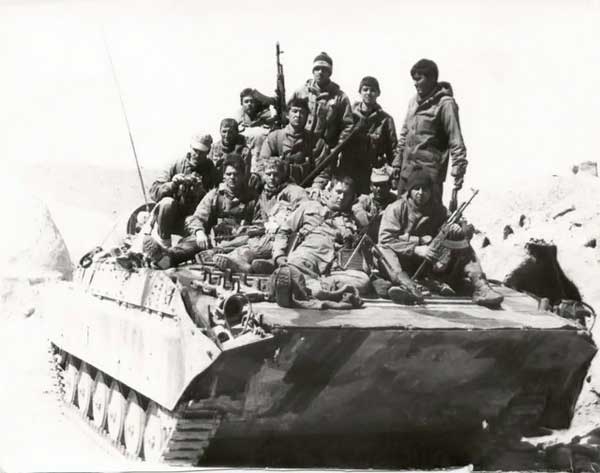 The Soviet–Afghanistan War lasted over nine years from December 1979 to February 1989. The conflict was between Soviet-led Afghan forces and multinational insurgent groups called the Mujahideen, who received military training in neighboring Pakistan and China, as well as weapons and billions of dollars from the United States, United Kingdom, Saudi Arabia, and other countries.[2][3][4][27] The decade-long war resulted in the death of 850,000–1.5 million civilians[24][25] as well as causing millions of Afghans to flee the country, mostly to Pakistan and Iran.

In 1979 the Afghan government requested Soviet troops to provide security and to assist in the fight against the mujahideen rebels. The Soviets sent covert troops to advise and support the Afghani government, with full intervention in 1980. The same month, the UN General Assembly passed a resolution protesting the Soviet intervention in Afghanistan by a vote (104 “for” – 18 “against”). 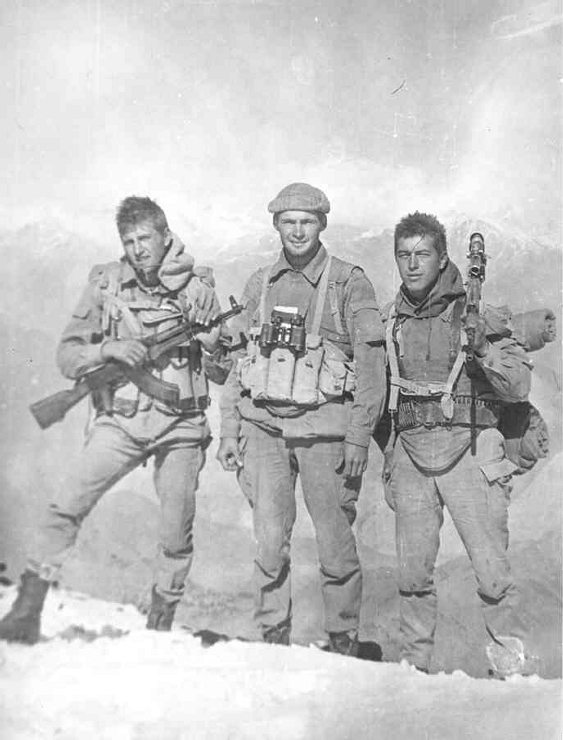 Shortly after the troops were sent, the Soviets occupied the central cities and the main axis of communication, while the mujahideen, (which the Soviet Army soldiers called ‘Dushman,’ meaning ‘enemy’) divided into small groups, waged a guerrilla war. Almost 80 percent of the country escaped government control.[29] In 1985, the size of the LCOSF (Limited Contingent of Soviet Forces) was increased to 108,800, as a result the fighting increased throughout the country, making 1985 the bloodiest year of the war. Contingents of so-called Afghan Arabs, wished to wage jihad (the holy war) against the atheist communists. Notable among them was a young Saudi named Osama bin Laden, whose Arab group eventually evolved into al-Qaeda.[31]

By the mid 1987 the Soviet Union announced it would start withdrawing its forces. The arrival of Mikhail Gorbachev on the political scene in 1985 and his ‘new thinking’ on foreign and domestic policy was probably the most important factor which has contributed to the Soviets’ decision to leave. The final troop withdrawal started on May 15, 1988, and ended on February 15, 1989. Due to the interminable nature of the war, the Western Media sometimes refers to the conflict in Afghanistan as the “Soviet Union’s Vietnam War” or the “Bear Trap”.[34][35] 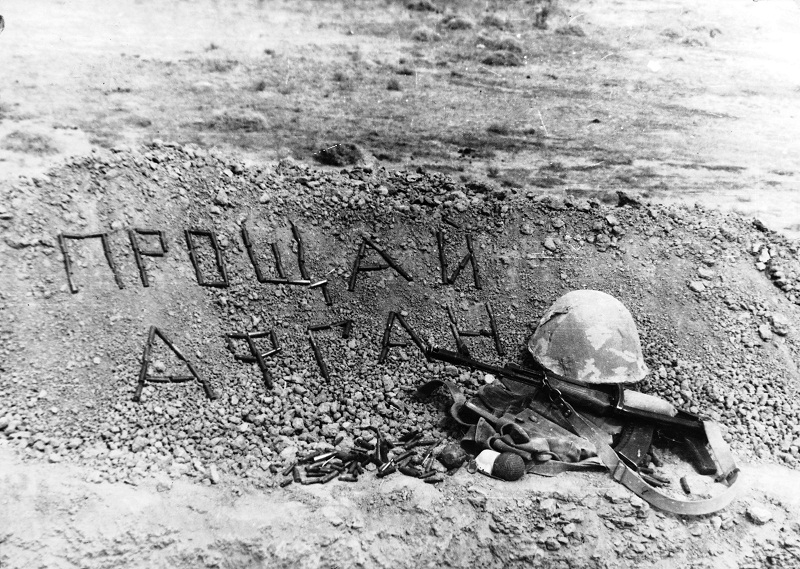 [4] “Charlie Wilson: Congressman whose support for the mujahideen helped force the Soviet Union out of Afghanistan”. The Independent. Retrieved October 2, 2014.