The iron curtain is a political cliche that refers to the informational, political and ideological boundary which was built in 1920. For several decades is separated the USSR and other socialist countries from the capitalist countries of the West.

Based on the encyclopedia “Britannica” and other western informational sources the “curtain” was built by the USSR as a part of a policy of self-isolation. According to Soviet sources it was built by the capitalist countries around the USSR. 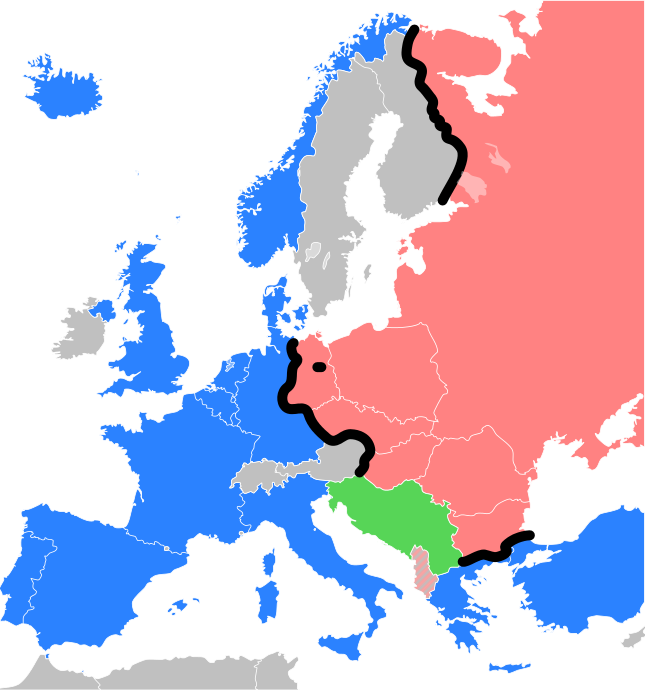 The “curtain” was a line of fortifications and informational isolation between the two parts of Europe. On the Eastern side of the curtain there were the countries of the “Warsaw pact” with the USSR as a head of the alliance, on the Western side of the “Curtain” there was the Northern Atlantic block of NATO with the US leading it. The Iron curtain was basically a border of the spheres of influence of the two superpowers: the USA and the USSR.

The iron curtain existed throughout all the years of the Soviet rule, the only thing that altered was the degree of its permeability. The curtain has finally fallen in the late 1980s as a result of the soviet policy of perestroika and glasnost. The symbol of the fall of the iron curtain was destruction of the Berlin Wall in 1989.