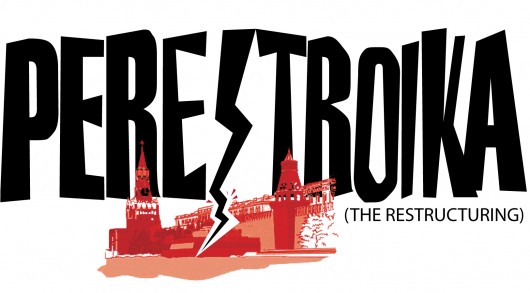 The film “Courier” by Karen Shakhnazarov was shot in Moscow in 1986, five years before the collapse of the USSR. In that time period in the Soviet Union there was a general feeling of disparity because the ideas of socialism and communism didn’t live up to people’s expectations; however there was no visible alternative to them. The sense that the country had been moving the wrong direction for most of the century led to an atmosphere of melancholy and search for answers. (Later this resulted in the increase of alcoholism and the subsequent dry law 1985-1987).

In the film, one of professor Kuznetsov’s guests gives a whole monologue about the general concerns of the older generation. He talks about the youth with reference to his son, who loves drinking evaporated milk right from the can. Therefore, he concludes, a lot of misunderstanding between the two generations comes from the pamperedness of the youth. Тhis conclusion provokes a debate:  if the older generation had a hard life, does it mean that their kids should suffer too? In the debate, another important concern is addressed: the apathy of Soviet youth. That guest says his son wants neither to work, nor study, nor even to become a champion in judo, his passion. He has no goal in life. The guest continues with the most wide spread concern of the whole period of perestroika: what if the socialist path leads to a dead end?  He anticipates his son could say: “you’re a stubborn old donkey, you lived the wrong way.”, but his son remains silent. Ivan, the main character, replies that “it’s a matter of age, we’ll have our fling and become just like you are”. But history has shown that they hadn’t; their generation was the last one to live in the USSR.