In 1917, amid his career as the curator of the American Museum of Natural History in New York, psychologist and anthropologist Clark Wissler published a book entitled The American Indian. An attempt to fulfill the museum’s mandate for public education and to make the findings of anthropologists accessible, the book provides a general overview of anthropological discoveries pertaining to the “American Indian”.1 It includes information about various peoples, tribes, and cultures by covering a wide breath of subjects from food to social groupings to languages and origin stories. For a modern reader, the book contains all sorts of fascinating little tidbits, but what caught my eye was a curious little paragraph that opens “Chapter IX Fine Arts”:

No doubt many readers will object to the title we have given this chapter on the ground that no aboriginal production can rise to the level of an actual “fine art,” but we feel that the name is justified because the productions here considered occupy the same place in aboriginal life as do the fine arts in Europe. They may be comprehended under the familiar heads of sculpture, painting, literature, and music.2 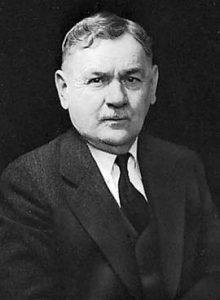 Perhaps without really meaning to, in this paragraph Wissler encapsulates the tensions of evolving anthropological notions of the time. In the last part of the “Fine Arts” chapter, as Wissler discusses music, he seems to try to subvert the traditional belief of European superiority, but his prose in other ways seems to support such views.

Wissler was part of a dramatic shift in the field of anthropology from an evolutionary explanation of social development to a culturally-focused one. One of the key elements of this shift was the idea that social development of individuals could only be correctly understood when viewed from the context of their own culture.3 Wissler demonstrates this concept when he writes about song translations, explaining that important meanings and emotional significance are often lost because there are not perfect translations from Native American languages to English. Another example is the mention of “aboriginal singing” technique, which is different from European singing, and therefore is difficult to accurately notate using the “traditional” system.4 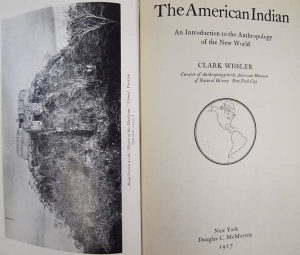 The title page and accompanying picture from The American Indian.

However, Wissler’s book and remarks remain bound by the ideas of the European culture’s superiority. This is evident in the constant superimpositions of European ideals of music onto Native American music-making. Wissler describes the “great effort” that has been made to discover the ideal scales which “native singers strive for”, and then states the importance of such a “discovery”. Additionally, Wissler points to what he explains as the lack of consistent rhythm between singer, drummer, and dancers in Native American Music. And, although he describes the difficulties in transcribing Native American music, he still purports that such a task is necessary.5 These topics all constitute an assumption that what is important to European musical understanding is what is also important to understanding other musical expressions.

Even though Wissler demonstrates rather forward-thinking for his time in some of the ways he discusses music, many of his ideas still carry the older Euro-centric biases. Perhaps intellectual progress is not so quick after all.