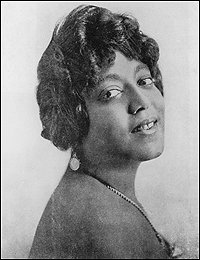 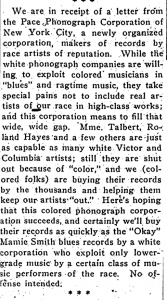 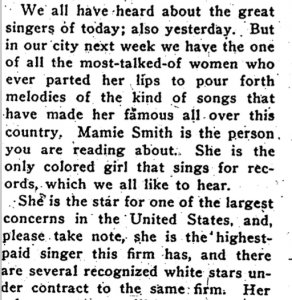 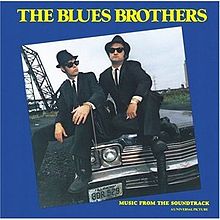 In a quest to find the “bluesiest of blues” tracks, I recently took a deep dive into my ten-year-old iTunes library, and all that I found was sheer bewilderment. How can tracks along the lines of  “(I Can’t Get No) Satisfaction” by the Rolling Stones and “Layla” by Eric Clapton be on the same “bluesy” spectrum as Muddy Water’s “Mannish Boy” or Ray Charles “What’d I Say?” Or even more specifically: how can any of these songs be placed on a level playing field when they all contain elements of different genres ranging from rock-n-roll to folk to jazz.

I think that this can partly be understood through the notion that “blues” music has served largely as a marketing term over the years, and while it undoubtedly has certain roots in the oppressed African American community, it has since transformed into countless different forms and styles. In order to approach this broad claim, I think one doesn’t have to look any further than the headlines, advertisements, and recordings of one of the original “blues queens:” Mammie Smith.

Through her rendition of Perry Bradford’s “Crazy Blues”, Mammie Smith reached near-overnight stardom, becoming one of the first first recorded African-American “jazz-blues” singers. The song, which tells a somber story concerning unrequited love, may lyrically display a “romantically blue” atmosphere,” but the instrumentation and vocal performance tell otherwise. Rather than a rhythmically ambiguous, anguishing melody sparsely accompanied and improvised upon, the track contains a tight band, consisting of sweeping trombones and light, gliding clarinets, evoking more of a comical and polished sound. Along similar grounds, while Mammie Smith sings with great conviction and soul, she seems to performing in a relaxed, theatrical style with a masterful contralto voice. With an overall recording style leaning more towards a light-hearted and professional popular music medium, “Crazy Blues” demonstrated it’s marketing prowess by spreading across the U.S., earning both Smith and Bradford a fortune. 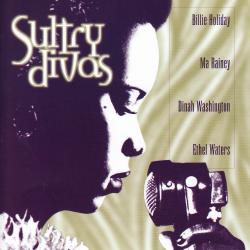 Smith’s “blues” act serving as a marketable genre can also be seen through her performances alongside her “Jazz Hounds Orchestra.” In the Savannah Tribune’s January 22, 1921 issue, an article is written in anticipation for Mammie Smith’s live performance at the Savannah Auditorium, describing her show as being

“…greeted by capacity audiences at every point, in one city alone she sang to an audience of over 11,000 paid admissions.”

Whether or not W.C. Handy’s famous stories of “discovering the blues” in the poor, rugged country is embellished and romanticized, serving audiences as large as these requires a hip, spirited, and theatrically expanded sound that is initially and popularly defined as “blues” in the music of Mammie Smith. The article even goes on to describe Smith’s shows as containing a wide set of acts, including a “well known juggler and a celebrated ventriloquist,” which only further emphasizes the performance-based, comical, and marketable basis of the early 1920’s “blues.”

Over the last century, different musical and social trends have led the blues market to a wide array of strains and styles, spanning from Jagger to Charles. While folklorists can still only speculate any folk-based or cultural roots of the “blues” that were picked up by early visionaries, the beginning of the 1920’s “blues”-mania is centered around the highly marketable and popular form of soulful and lively tunes, including Smith/Bradford’s “Crazy Blues.”

Wald, Elijah. Escaping the delta: Robert Johnson and the invention of the blues. New York: Amistad, 2005..