Mission building was one of the primary methods of conquest the Spanish used over the native peoples of California. Beginning in 1768, Gaspard de Portolà, accompanied by Father Junipero Serra, built twenty-one missions up the coast of California (then called Alta California, as opposed to Baja California) from present-day San Diego up to San Francisco (1). Here is a map made by Irving B. Richman of the approximate mission locations around 1798-1804, which was during prime Spaniard mission-building activity: 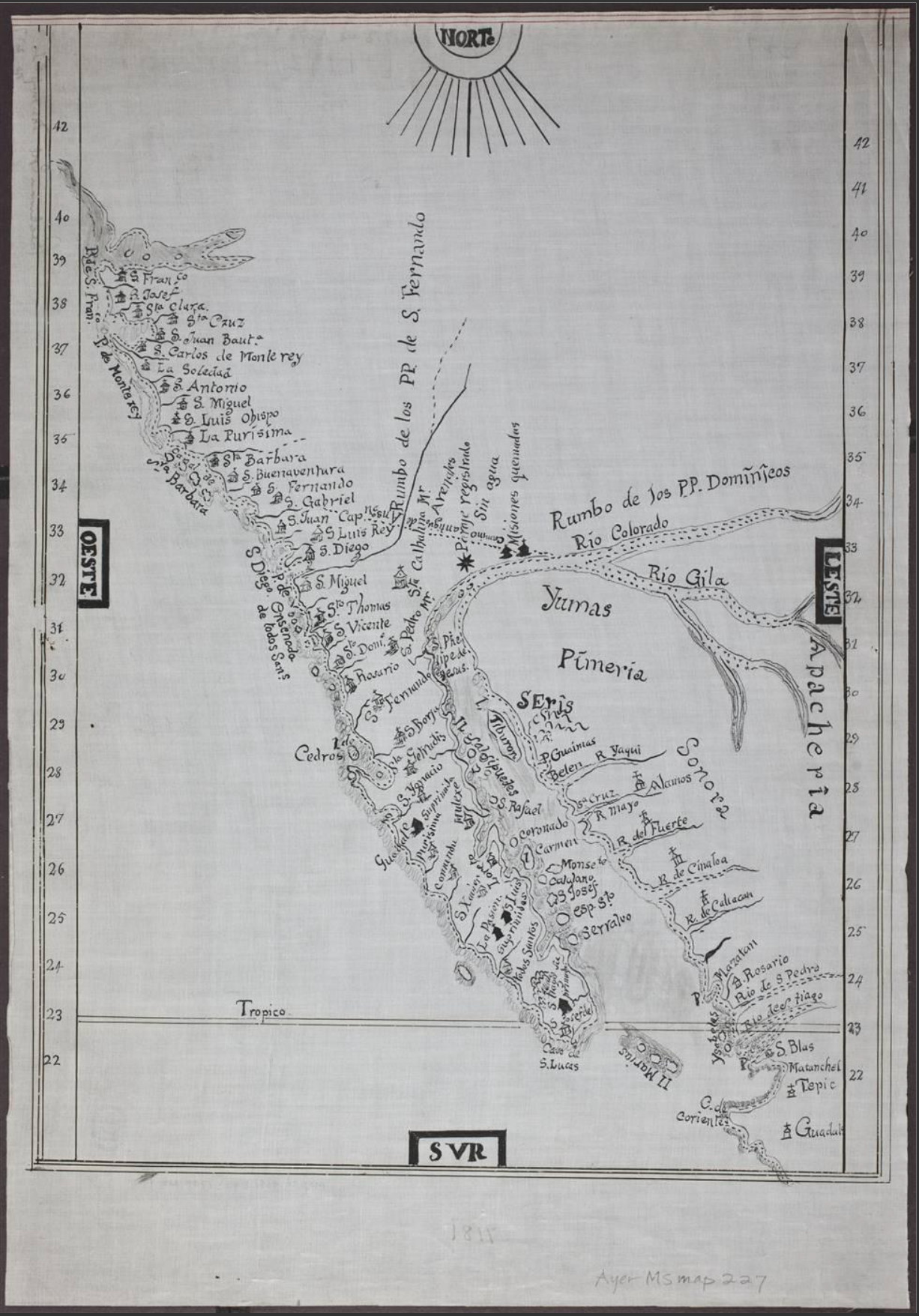 Missions were not just elaborate Catholic churches, but were the centers of communities that were built around them. The towns, run by one or two Franciscan priests and a handful of soldiers, were intentionally built around missions so the Spanish could force the indigenous folks of the area into their way of life. This included wearing woven clothing, learning Spanish and Latin, eating European produce, utilizing European agriculture methods and technology, and – most importantly – converting to Catholicism and its culture.

Music played a large role in the Catholic faith of the time, and the indigenous peoples were taught both to sing and to play instruments for masses. The Spanish introduced an entire orchestra’s worth of instruments, including organs, woodwinds, brass, strings, and percussion instruments. Evidence of the teaching of Western music theory includes this large fresco depicting a Guidonian hand, which can be compared to an old form of solfège, on a wall of Mission San Antonio. 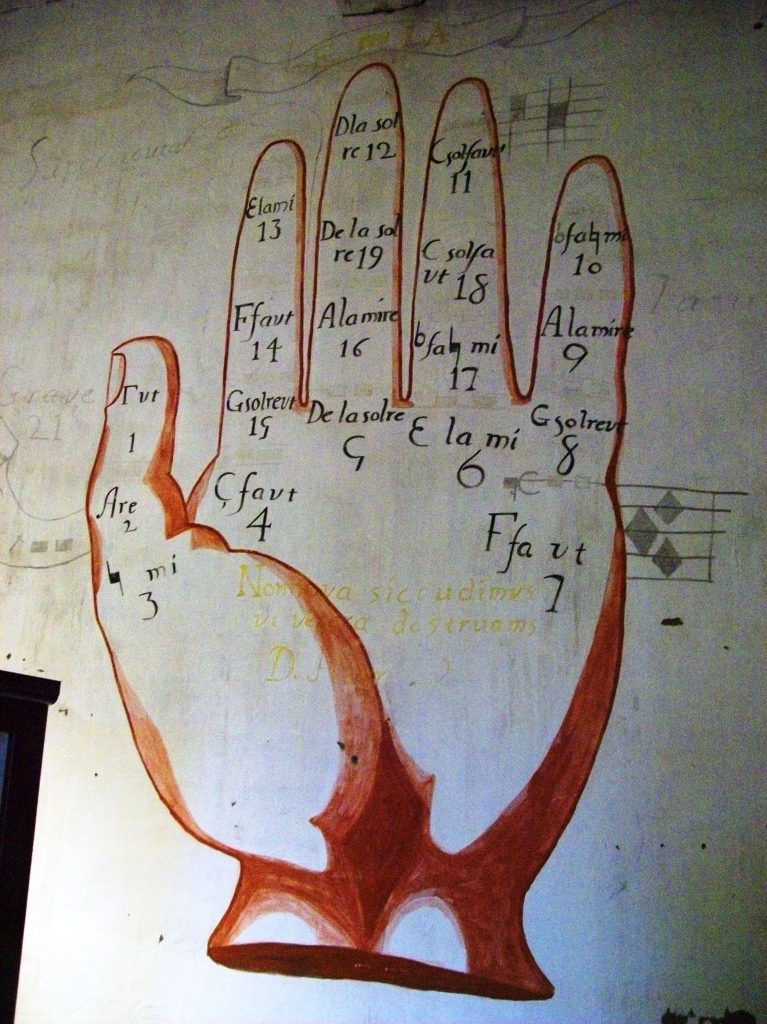 The music performed in California missions is the most documented and preserved of any Spanish colony in the US. Musicians wrote and performed both plainchant and polyphonic music during masses, and the most popular way of recording works was by making choirbooks, both with music and with information regarding teaching (2). Pieces were written both in Spanish and in Latin, and could be either sacred or secular. Some of the standout composers of the Missions were Fray Narciso Durán of Mission San José, who was so renowned for his skill that he wrote choirbooks and manuscripts for other missions to use and teach from, and Felipe Arroyo de la Cuesta, who even wrote music in the Mutsun indigenous language (2).

While the culture of the music in missions, as well as the music itself, has had a lasting impact on Latinx culture as a whole, the treatment of these peoples within missions was horrifying. With European colonizers brought European disease, which wiped out much of the indigenous population. Indigenous inhabitants of the missions were treated as slaves with consequences of torture, starvation, solitary confinement, and execution for disobedience (3). Music may have been one of the few sources of joy for the approximately 20,000 indigenous people on the missions, and its study cannot be separated from the cruelty the Spanish inflicted upon them.