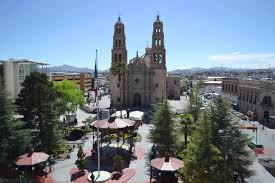 In 1892, James D. Faton wrote an article for “The Independent” newspaper titled “Mexico: A New Church Dedicated” that celebrates the recent erection of an Evangelist church in Chihuahua, Mexico. In the article, Faton praises the role of religion in Mexican sociopolitical life for serving as “a powerful aid to [Mexico’s] progress” and for having “deepened the sentiments of patriotism in the hearts of our people”. Mexican churches used sacred music such as alabados in order to lure citizens to church and then to further instill a sense of Mexican nationalism in worshippers and performers in order to create an original identity and sound for the recently independent country (Mexico gained its independence from Spain in 1821).

According to the U.S. Department of State Office of International Religious Freedom, approximately eighty-nine percent of Mexico’s population identifies as Christian (“2020 Report…”). One of the largest aspects of the Christian faith is the role of liturgical hymns and worship songs, and it is no surprise that there is a rich history behind Mexican liturgical music. The most traditional style of sacred song from Mexican origin are alabados. Alabados are “ancient religious hymns based on the New Testament that lament the passion and crucifixion of Jesus Christ,” (García). Similar to Aaron Copland and Charles Ives’ attempts to create a distinctly American sound by borrowing music from other cultural influences, alabados often “…reveal traces of Middle Eastern musical influence (most likely Moorish and Sephardic), mixed with Iberian medieval plain chant and traces of Pueblo (Tanoan and Keresan) Indian. Alabados were introduced to the New World by the Franciscan monks, who used them in converting the native peoples to Christianity. Eventually mixed with New World cultural elements, today’s alabados are genuine hybrid expressions of the Americas,” (García). Mexico was very clearly following in the United States’ footsteps in combining multiple cultural influences present in the area to create a new and distinct sound. In fact, Faton noted “citing the United States as a shining example” of religious freedom, which encompasses multiple different musical traditions. Alabados and other forms of nineteenth-century sacred Mexican music not only brought Mexican citizens together in worship but sought to create a unique Mexican musical tradition based on a conglomeration of cultural influences around the country. Mexico defining its musical canon at an early stage after the country’s independence from Spain signifies a desire to be more present and powerful in the international musical scene in the early twentieth century.