What defines a true American singer? What “validates” their voice, style, or even their performing style? Is it the technique, vocal power, polish, etc.? Ella Fitzgerald, a.k.a. Lady Ella, was known as “one of the most loved and honored musical performers of the 20th Century.” 1 In discussions and interviews with Ella herself, it is clear to see that there was a disconnect when it came to how her fame and skill was viewed. 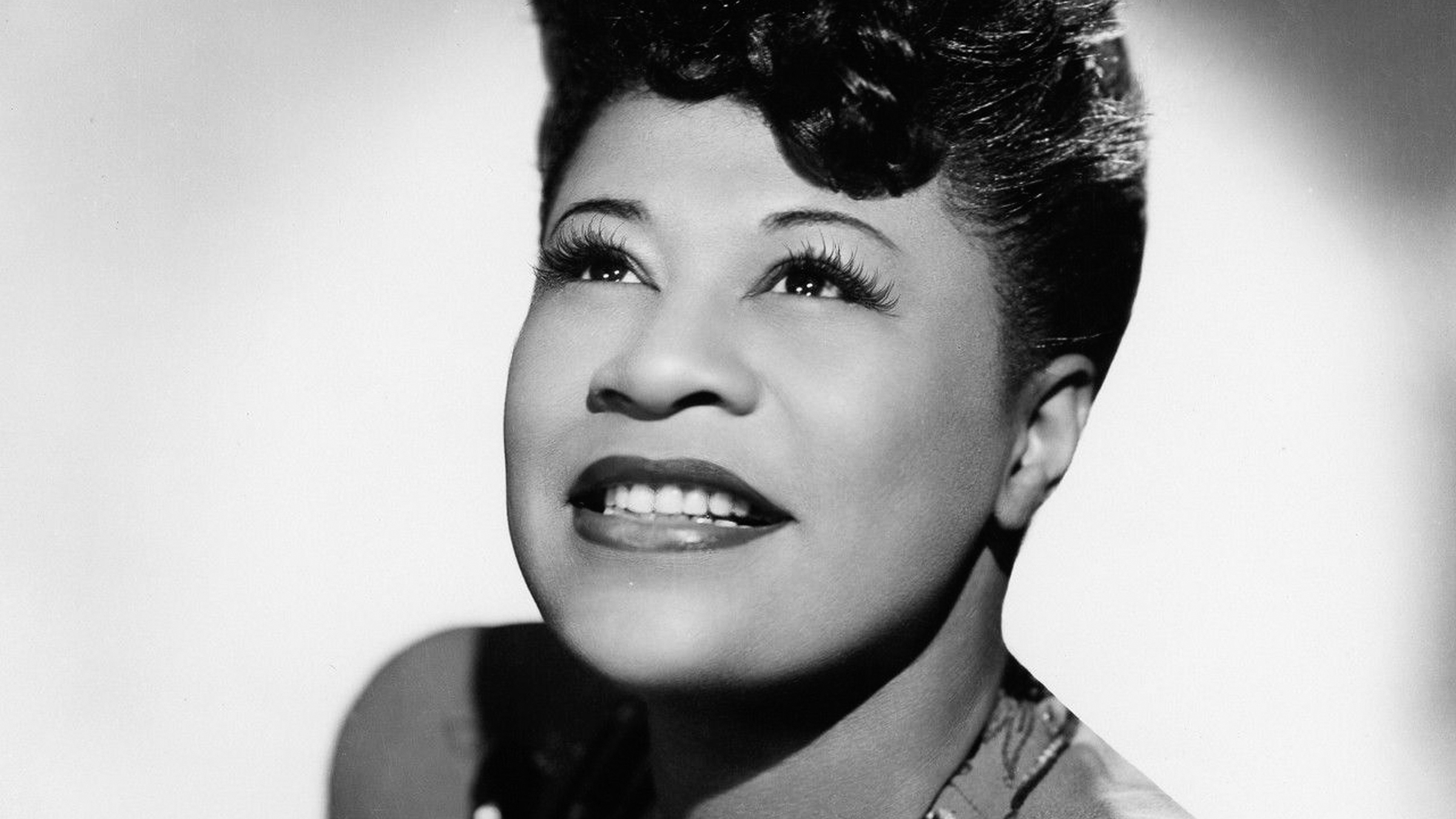 Ella was not just renowned for her vocal talent, but she was highly respected and cherished by peers and the American public as a whole. But to some, this respect and cherished views were motivated by an external quality: her selfless and light-hearted nature. Even after her massive success, both nationally and eventually internationally, she remained “unchanged by her own tremendous significance.” 2

It is clear that her personality shined through, despite her upbringing and situations thrown her way- whether it was being a successful woman in the music industry to insanely packed tour schedules. This was a largely emphasized reason often given when it came to defining her success in capturing the hearts of the American people. 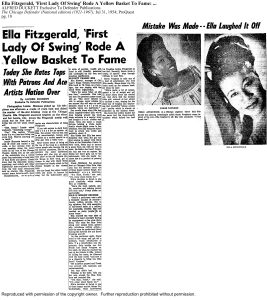 In other opinions, Ella’s success seems to be defined in a different light. Opera News discusses Ella’s (and Frank Sinatra’s skill and technique as “bel canto” like, even claiming that they “had it easier than opera singers performing live.”3 They compared them to “Wagnerians”- having the same skills and techniques as them. 3
This raised the question, “Why are they taking two singers in a completely different genre, style, and audience appeal and still comparing it with Western classical music? I would assume that Ella was not actively trying to have a “bel canto” style in her voice. There is a dichotomy that I find in this article: Ella and Frank here are seen being recognized for their “virtuosic” technique, but it did not seem like many people of their time and beyond would consider them in a Western classical light. Though this magazine is clearly one that discusses opera, it seems like there is a major disconnect and quite a few liberties taken in terms of how Ella and Frank are viewed even to this day- jazz singers who simply embodied the same Western classical techniques as some of the great opera singers from the past and present. Though the writers of this article most likely had good intentions, it is still something that seemed like a bit of a stretch.

It was clearly seen by not only her die-hard fans, but also her peers and colleagues as well that Ella’s sheer presence and personality could light up a room. This should not be overlooked, and this reason alone is what I think made Ella Fitzgerald even more of an American legend. Sure, her voice could maybe be compared to some of the best opera singers that ever lived- from their technique to the color and style of her voice. But this really made me question how we are still viewing these singers and composers even to this day. The Opera News article was written in 1996, looking in hindsight of Ella’s career. The Chicago Defender was written in 1954, when Ella’s career was alive and booming. The way we look back at singers and performers in America, the more we need to dive into actual primary sources, telling about the lives and journeys of them, not just simply analyzing their voices and what made them “great” or “true American virtuosos” of their time. Ella Fitzgerald was so much more than an impeccable voice and presence in the music industry that still deeply inspires our current generation.