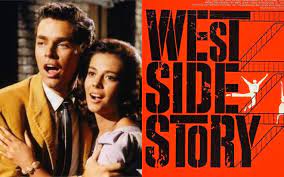 With the premiere of the 2021 film adaptation of West Side Story coming closer, I decided to look into the correspondence of Leonard Bernstein during the initial conversations with Arthur Laurents and others as they discussed the project. A well-loved and seemingly timeless production, West Side Story also puts the subjects of race and ethnicity on center stage, so to speak, and is well worth being discussed in context with the social issues at play during the time of its production.

In the first noted correspondence to Bernstein in 1955, Laurents nods to the recent “juvenile gang war news” and its impact on not only the papers, but also on a film in the works by Arther Miller. Intended to tell a sideways story of Shakespeare’s Romeo and Juliet, West Side Story was originally supposed to feature the star-crossed love story of a Jewish boy and an Irish-Catholic girl. However, creators instead chose to capitalize on the uptick in gang violence in New York and change the identities of the lovers to be a white American boy and a Puerto Rican girl. 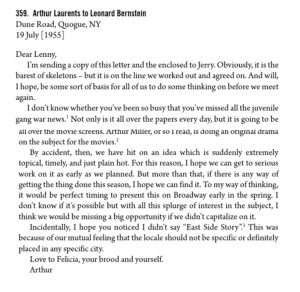 Going so far as to say “we would be missing a big opportunity if we didn’t capitalize on it”, Laurents demonstrates a clear motivation of monetary success within the world of white arts and culture at the expense of treating the issues of gang violence with severity. The act of placing these issues in the context of a love story and musical romanticizes and oversimplifies the outstanding social and racial issues at hand.

The original casting of a white actress as Maria, a Puerto Rican character, put her in theatrical “brown face” and set a precedent which was followed in the first film adaptation of the musical. This being said, it is important to analyze this correspondence in context with courses that examine identity and racism within the tradition and contents of the musical itself. 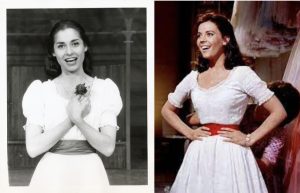 Carol Lawrence (left) originated the role of Maria on Broadway, while Natalie Wood (right) was cast as Maria in the 1961 film adaptation.

For a production that has been heralded for highlighting the changing racial landscape in the United States, the act of both whitewashing and exaggerating the race of the cast through casting and brown face, respectively, it is worth examining its historical faults and the discrepancies between its themes and their impacts.