When I think about modern music Charles Ives’ name rings synonymous. Ives was born in 1874 and died in 1954. He composed many works that pushed the boundaries of music. While the ideas of romanticism were included in his work, his compositions were largely experimental. He enjoyed merging European art music with the vernacular of the United States.1 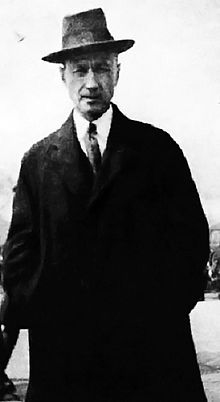 Furthermore, Ives was also a believer in transcendentalism and admired greatly the works of transcendentalist creators. Transcendentalism, in a nutshell, is the school of belief that states the universe goes beyond reason and that there is a higher ‘spiritual’ power in nature, but not really a god. In addition, this school believes humans are not born evil but corrupted by society and materialism2.

One piece of Ives’s work in particular hones in on this movement. His composition Concord Mass has four movements each capturing the essence of a Transcendentalist author. The four authors are Emerson, Hawthorne, “The Alcotts”, and Thoreau in that order. While Ive’s composition is of great value, I find his musical connection to the transcendentalist movement in his Essays Before a Sonata to be even more interesting3.

Ive’s essays are a collection of essays written about each author or in the case of the Alcotts authors, of the piece with a prologue and epilogue. His prologue is what I want to dive deeper into today. Ives essentially argues in his prologue that music can not be representative of life, rather it is part of life. He questions,

“How far is anyone justified, be he an authority or layman, in expressing or trying to express in terms of music (in sounds if you like) the value of anything, material, moral, intellectual, or spiritual, which is normally expressed in terms other than music?”.3

Ives was trying to counter the idea of the romanticism movement that portrayed music as a way of conveying life experiences or emotions. This kind of rational or logical thought is typical of a believer in Transcendentalism.

He also quotes Thoureagh when he says it is “not that ‘life is art,’ but that ‘life is an art'”. I think what he was trying to convey here is that we can not use any art form to convey life as if it is easily communicated through paint or song. Lastly, Ives also argues that if everyone gets a different meaning from art, how can it portray life?

He explains, “Suppose a composer writes a piece of music, conscious that he is inspired, say, by witnessing an act of great self-sacrifice- another piece by the contemplation of a certain trait of nobility he perceives in a friend’s character- and another by the sight of a mountain lake under moonlight… suppose the same composer at another time writes a piece of equal merit to the other three, but holds that he is not conscious of what inspired it… what will you substitute for the mountain lake, for his friend’s character, etc?”.3

Certainly, I can not go into every detail of Ives’ essay in the span of a blog post, as much as I wish I could. However, I encourage you to read it. It offers so much valuable insight into Ives as a person, the man behind the music, and his inspiration.

3Ives, Charles, and Howard Boatwright. Essays before a Sonata: The Majority, and Other Writings. New York: Norton, 1999.