For this week’s blog post, I decided to analyze a musical instrument that I have never encountered before this class: “Women’s Stomp Dance rattles” from the National Museum of the American Indian– pictured below. In Dr. Kheshgi’s World Music class, students explore a few Native Americans dances, some of which are located here in Minnesota. Of these dances, I remember the Jingle Dress Dance and the Hoop Dance, but not the Stomp Dance (something new!). Also, the title of these rattles are attributed to a Native American woman who might have used them. My initial research question centered around what a Stomp Dance sounded like and what the role of women was in a performance. 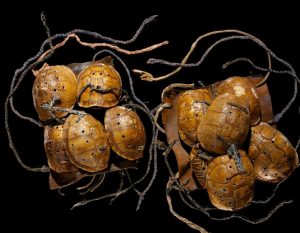 “Women’s Stomp Dance Rattles.” National Museum of the American Indian. c.1900. Retrieved from the Smithsonian Institution at this link: https://www.si.edu/object/womens-stomp-dance-rattles%3ANMAI_24506

In my research, I found this article particularly useful in figuring out the purpose of these Women’s Stomp Dance rattles: “The Opposite of Powwow: Ignoring and Incorporating the Intertribal War Dance in the Oklahoma Stomp Dance Community.” According to this analysis, a stomp dance maintains some specific characteristics in order to be considered successful. The people involved in the process include a leader, an accompanying shell shaker, and followers who were primarily “friends and townspeople (or fellow tribesmen and women) who know [the leader] and [their] songs best.” The purpose of having an ensemble of known members would reflect well on both the leader and the surrounding community.

Additionally, Jason Baird Jackson describes women using shells or aluminum cans fastened “around their calves beneath a loose-fitting cotton dress.” The role of women in this dance is not to sing the accompanying music, “but instead provide accompaniment through skill manipulation of their shells or cans while dancing. The singing and general leading of this dance is for a man.

Below is a link to a Shawnee Stomp Dance, which Jackson groups together with Seminole Native Americans under the larger regional grouping of “Woodland Indians” and would therefore be representative of the music these particular rattles would have participated in:

Here’s a historical map from around the time of this instrument’s collection to show the close proximity of these tribes: 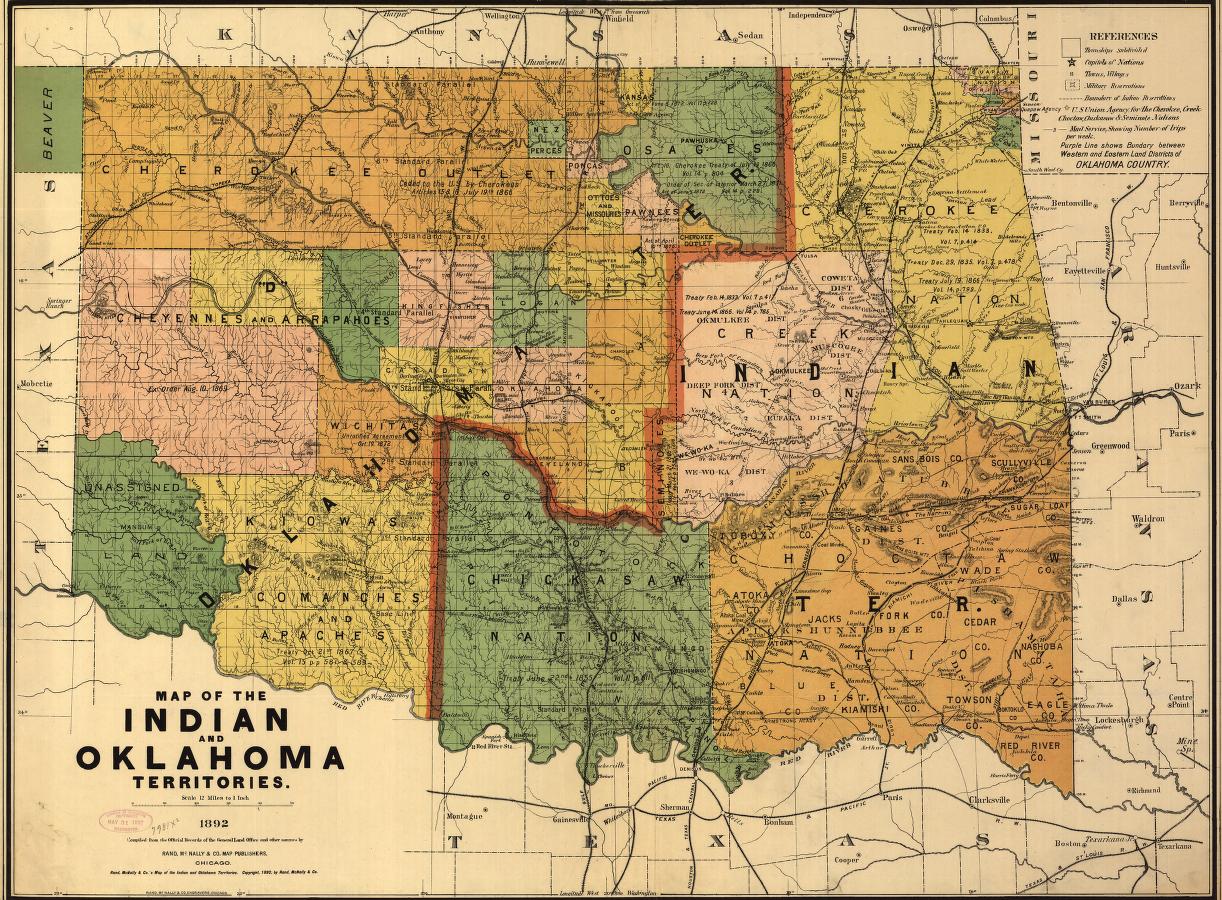 In my search for more information regarding the general role of Native American women in these stomp dances, this article presented a more intriguing question for me:   “‘She’s the Center of My Life, the One That Keeps My Heart Open’: Roles and Expectations of Native American Women.” Scholars Jessica L. Liddell,  Catherine E McKinley, Hannah Knipp, and Jenn Miller Scarnato describe the shift in the role of women in Native American society. Prior to colonization, “gender roles were viewed as complementary rather than hierarchical.” Many events and activities were considered “cooperative tasks,” providing fluidity in the roles of men and women in Native American society. Colonization imposed these patriarchal roles that persist today. Researching for this blog post makes me wonder how this shift in gender roles applies to the creation of Native American music or dances. Were Native American women always the accompanying part to stomp dance performances? Why do only men lead the dance?

Therefore, dear reader, I ask if you have any thoughts or insights regarding this question, and implore you to leave some of them below in the comments. If not, maybe a paper exists somewhere in this blog post.