When working through the designated databases this week, I found many articles and scores pertaining to blackface minstrelsy, like a lot of my fellow classmates. However, I found many glowing reviews with advertisements for future performances of many different troupes. I was surprised, to say the least. The language was light, enthusiastic, and endearing to this particular group of performers — Christy’s Minstrels.

Therefore, in today’s installment of American Music discourse, Taylor Wesseln grapples with how the perception of the morality and ethics of human creation change over time. In other words, how could someone write a warm advertisement for a group whose mission and success came from the tried and true racism of all members involved? These thoughts  could also boil down to this simple question: “why the h*ck was minstrelsy popular at all?” 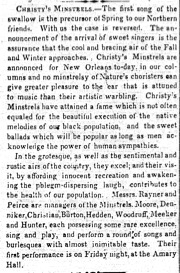 After days of sitting with this blurb from the New Orleans Daily Creole, I still have no answer. Here, the author describes the unique talent of the Christy Minstrels, because “[n]o minstrelsy of Nature’s choristers can give greater pleasure to the ear that is attuned to music than their artistic warbling.” This group appears to have the ability to “beautiful[ly] execut[e] the native melodies of [the] black population” in New Orleans. When looking at one of the songs they would have performed, “Julia Green,” one can see right away that the music is hokey with a simple arpeggiating accompaniment and singer’s imitative dialect of what they think African Americans sound like. 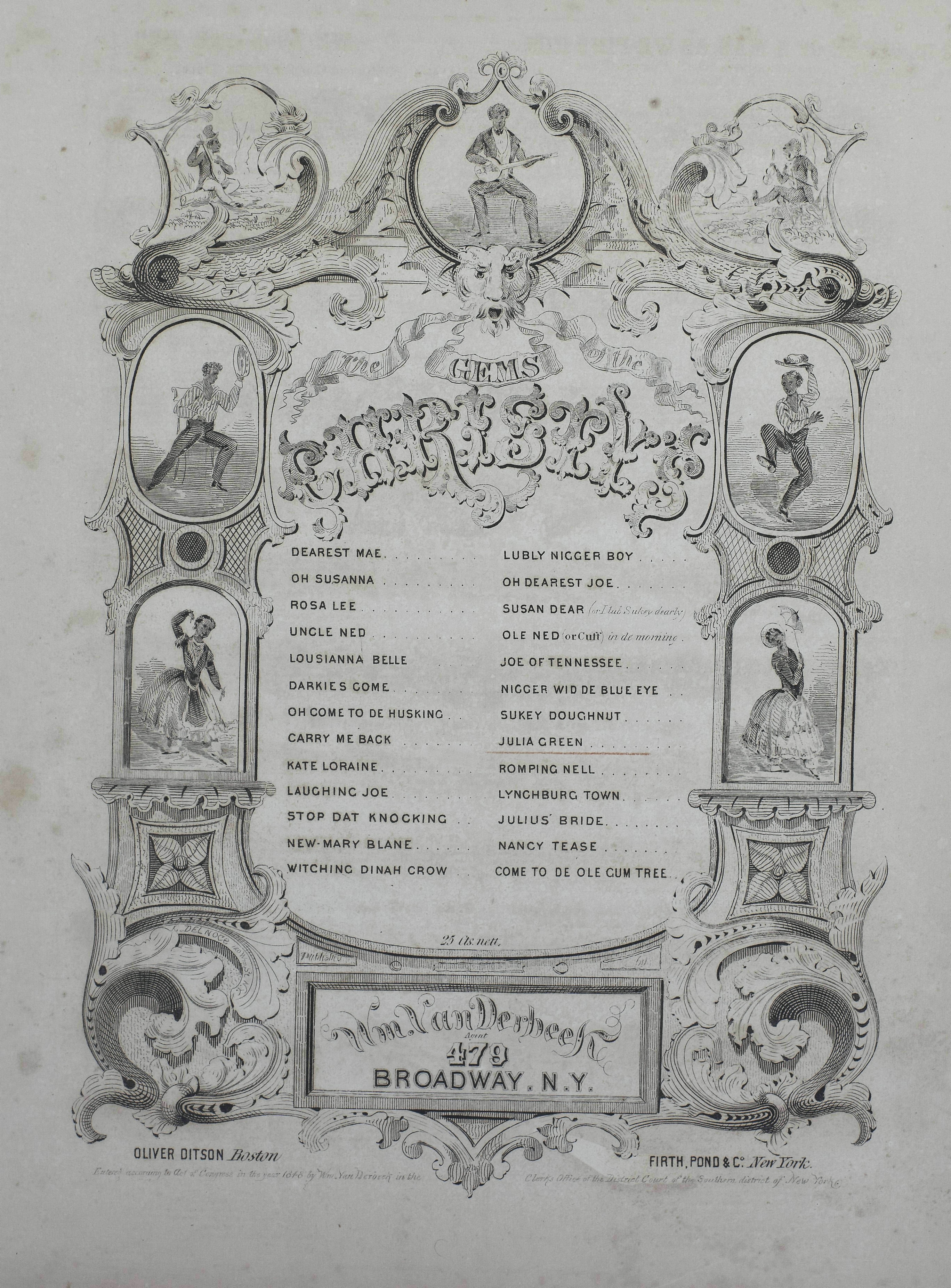 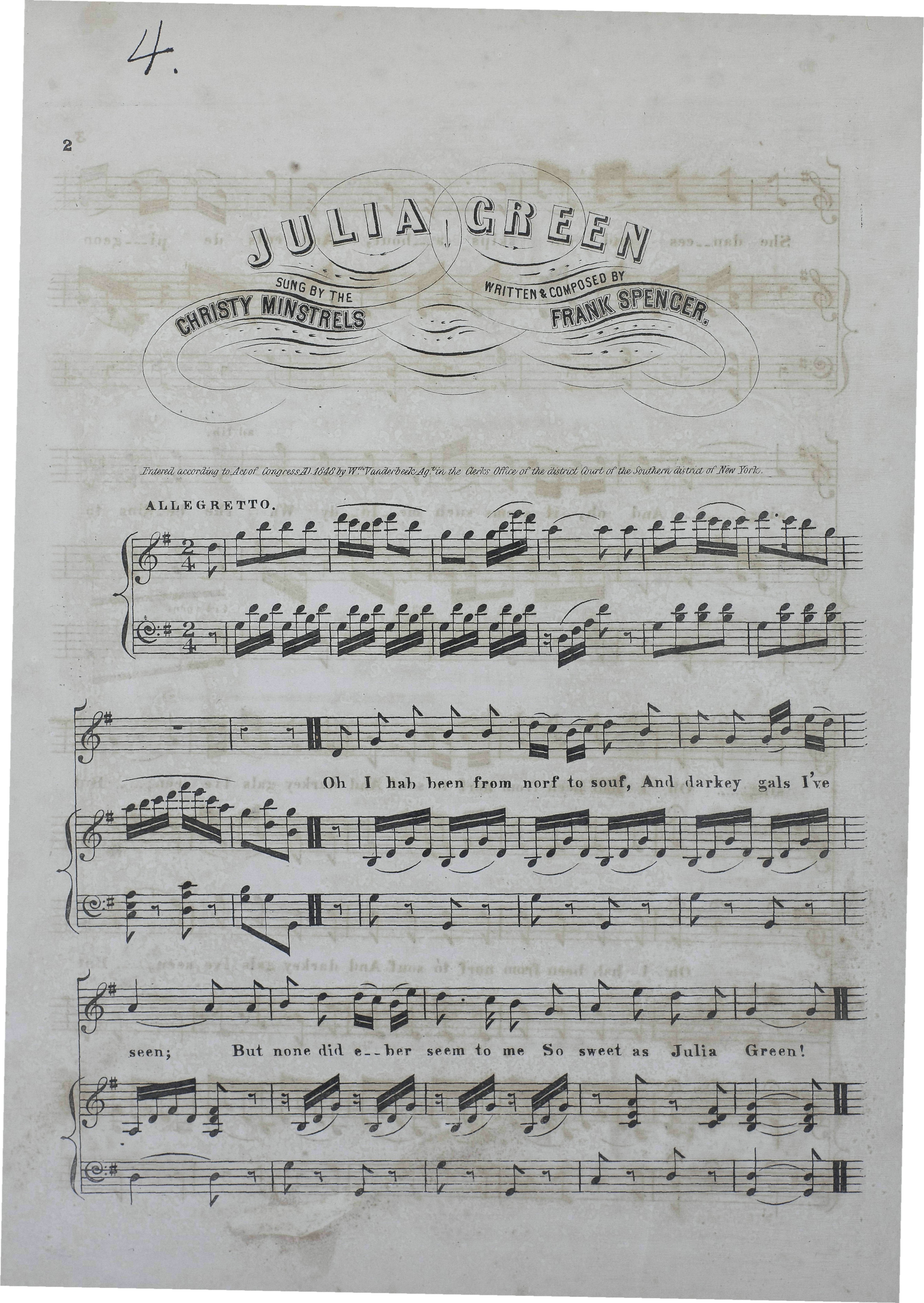 Basically, this advertisement ensures that attending this performance will guarantee an excellent night of entertainment, complete with “innocent recreation” and “phlegm-dispersing laugh[ter]” for about 50 to 75 cents a person. Golly.

Reading about Christy Minstrels this weekend felt like a difficult but necessary introduction to minstrelsy for me. I wanted to skip to the end and see when black performers began performing themselves, taking back their narrative one millimeter at a time. However, history does not work in this fashion.

Christy’s Minstrels were instrumental in the spreading popularity of minstrel shows and music. Not only did they assist in solidifying the format of these shows into three acts, they also created a household name when touring around the country and even across the pond. Audiences, particularly white audiences,  near and far enjoyed their work– as evident by the above newspaper clipping.  Without creating this foundational following, who knows if African American performers would have ever been included in this crazy mix of performance art that is minstrelsy.