Shape-note singing has roots which may stretch as far back as 11th century Italy[1]. Solmization has been used ever since to teach new singers to sight-read melodies, and in the distinctly American case of the Sacred Harp, written by Benjamin Franklin White, congregations have used the familiar intervals and rhythms to sing loudly and emphatically. The presence of a ubiquitous hymn book further reinforces the traditionalism of the genre, which is often praised as one which invites everyone to participate democratically, rather than creating an audience/performer dichotomy. The anthems are always in four parts, with uncomplicated rhythms and melodies to facilitate singing unrehearsed.

I include one of the hymns from the Sacred Harp below; a contemporary rendition of the tune can be found on YouTube. 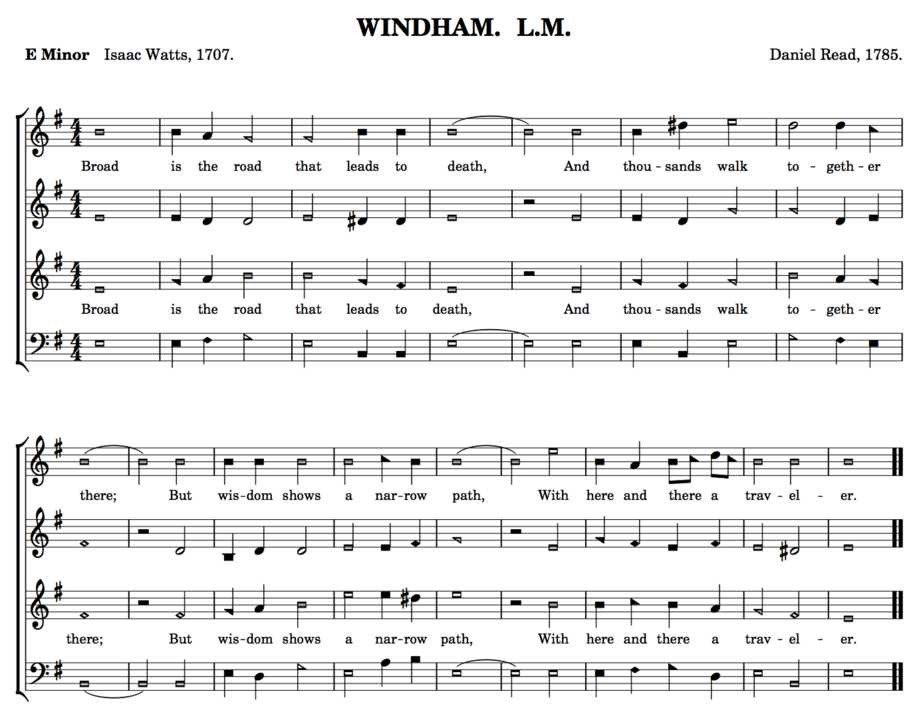 A digitized copy of Windham, from the Sacred Harp, published 1844.

Perhaps in stark contrast, Lowell Mason is credited with popularizing European Classical music in the United states[2]. Mason is known to have derided shape-note singing as being a barrier to scientific musical study; he and his brother published a book called The Sacred Harp in 1835, but this was done to supplant the shape-note tradition which existed, replacing rural American tunes with European part-writing. The authors preface the work as “the introduction of an elevated style of Sacred Music arranged on the immovable basis of science and correct taste.”[3]

Mason later went on to write some 1600 hymns in his lifetime, some of which are incredibly popular today, such as Bethany, the tune of “Nearer My God To Thee.” I include here one of the more dramatic of his works I could find, with dotted rhythms, dynamics, and an instrumental part setting it apart from the above hymn. There is call and response among singers, and ornamented instrumental interludes. Sadly, I could find no existing rendition of this piece–it has since become a popular Lutheran hymn, with a changed musical setting. 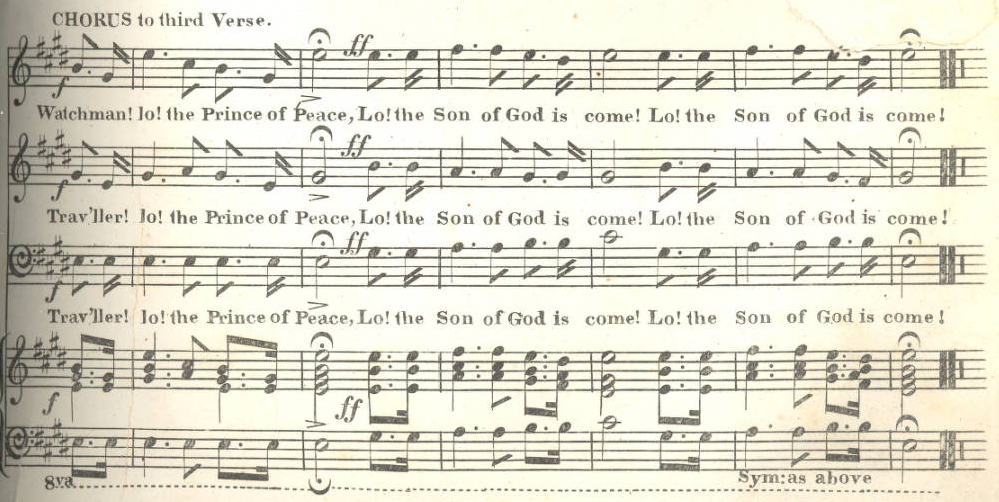 Excerpt from Watchman, Tell Us of the Night, written 1830.

However, another piece of Mason’s, a setting of the Lord’s Prayer, has an existing rendition available here. This composition complicates the distinctness between all the examples I’ve used. The sheet music is written in a completely different style, with vocal and instrumental parts combined, but it doesn’t seem to require an instrument. The part-writing may be European, but the rhythms look more alike to “Windham” than “Watchmen.” This is not a purely performer-audience example. There are leaders, but all congregants sing. The shift toward a plainer “Watchmen” is telling–Mason may have diminished the popularity of shape-note singing, but the style his music ended up in was not as much a copy of European music as he intended. 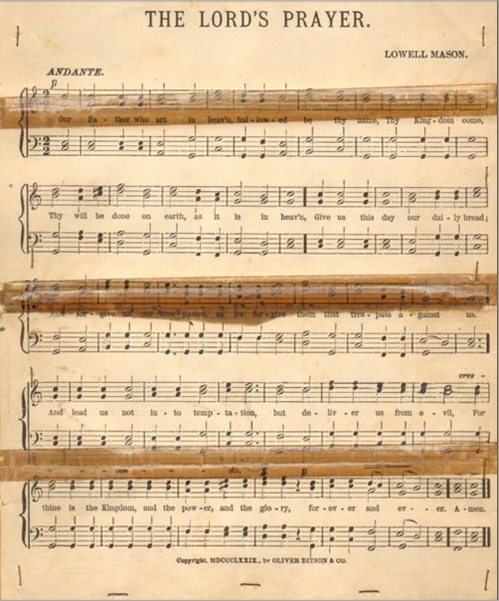