I came across an article from the Chicago Defender by Oscar Saffold with a completely different topic in mind for my post.  The article describes a situation in which a white composer by the name of John Powell came up with a similar theory to George Pullen Jackson’s on the nature of spirituals. Using quotes from Krehbiel, H. T. Burleigh and other notable authors and composers, Saffold argues against these attempts to appropriate the history of the spiritual; however, I was struck by a quote at the end of the article that didn’t quite fit in.  “We only have to preserve them and discourage the tendency to set them to jazz.  They… should be spared this prostitution.” [1]  This confused me, as spirituals have a long history of being set in classical music; However, when you think about the reputation of early jazz at the time as a form of popular music, it is easier to understand why these classical critics and performers would be so adverse to it.

“Never before have such outrageous dances been permitted in private as public ballrooms, and never has there been used for the accompaniment of the dance such a strange combination of tone and rhythm as that produced by the dance orchestras of today.”[2]

Jazz wasn’t taken seriously as a form of music due to it’s function as popular dance music.  It was seen as an art which required less skill, was constantly compared to other genres and was predicted to die out relatively quickly.  Oftentimes the criticisms weren’t about the music itself but of racialized fears of a musical ‘other’.  Knowing how widespread and accepted jazz is now, some of these criticisms seem laughable.  Surely we can all appreciate the timelessness of this quote about early jazz: “Certainly if this music is in any way responsible for the condition and for the immoral acts which can be traced to the influence of these dances, then it is high time that the question should be raised: “Can music ever be an influence for evil?”[3] 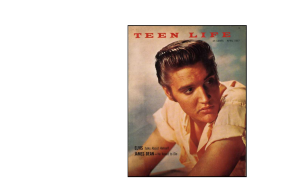 From the days of early jazz to Elvis in the 1950’s, rock and roll in the Satanic Panic of the 1980’s and even to rappers today, we can look back throughout history and see many instances of backlash against popular music for being a corrupting force of the youth.  We oftentimes look back and laugh, and ask what we were so afraid of; however, whenever anything new comes we keep on asking the question: Can music ever be an influence for evil?