In 1939, John and Ruby Lomax spent several months traveling the south and made literally hundreds of recordings for the Library of Congress’s Music Division. After spending a while aimlessly pouring through vast quantities of these recordings, I decided to read the Library of Congress site’s general overview of the entire expedition. Under the section chronicling the couple’s time recording in Mississippi, I came across the line “country blues artist Booker T. Washington (“Bukka”) White, known at this time as Washington “Barrel House” White”.1 The bit “country blues” stuck out to me because record companies in the 1920’s and 30’s were largely labeling white artists as “country” and black artists as “blues”. But the other thing that attracted me was the way in which White was referenced- as though I should know who he was. I didn’t.

Naturally, I set out to find out a little bit more about Mr. White and discovered that his story illustrates the role that recording played on the labeling of Southern “folk” music. 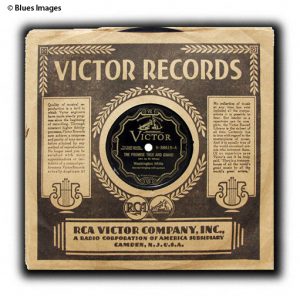 One of the first records White recorded with Victor in 1930. This is one of spirituals and released under the name Washington White.

Prior to meeting and recording for the Lomax’s, White had already recorded twice before. In 1930, several record companies were trying to tap into the “lucrative” market for “race records” and were trying to record whoever they could to create records.2 White ended up recording several sides for them, both blues and gospel songs, because the person who was supposed to record the gospel songs didn’t show up to the recording session.

In 1937, White was permitted to go to Chicago to record two sides before filling out his prison sentence in the Mississippi State Penitentiary.3 One side of this record was Shake ‘Em On Down, which became a rather popular song.

John and Ruby Lomax visited the penitentiary on their trip (this was the only place that they recorded in Mississippi) and it was there, in the hallway separating the white and black sections of the prison, that White recorded two songs for them.1 The interaction was described in the Lomax’s field notes as follows: “Po’ Boy and Sick ’em dogs on were sung and played by Washington (Barrel House White, with guitar. Barrel Houses were his hangout in the “free world”. Barrel House has made some commercial records.”4

Listening to White’s two recordings in the Lomax collection, it is intriguing to note that their “genre” is not clear. Instead of being either “country” or “blues”, White incorporates elements of both styles into his music, subtly giving testament to the false musical dichotomy of the time.5

Ultimately, it seems that White was a musician who mostly recorded because it is what would pay the bills. White’s career was mainly built on the blues, probably because that was what the recording companies wanted from him and would pay for. Additionally, White was apparently unhappy with the notion that he recorded for Lomax without receiving any pay; that was reportedly the only time he felt “exploited”.3 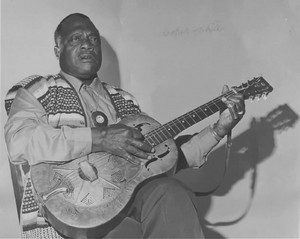 Booker T Washington “Bukka” White. In the 1960’s White experienced a second career as part of the folk movement.

Furthermore, it is interesting to note that in the fieldnotes, the Lomax’s note that it was initially difficult to convince prisoners to record for them because “one of the boys who had made some commercial records” had told others that the Lomax’s were only there to record to make money.4 Could this have been White, I wonder?

1“The 1939 Recording Expedition”. The Library of Congress, https://www.loc.gov/collections/john-and-ruby-lomax/articles-and-essays/the-1939-recording-expedition/. Accessed: February 24, 2018.