On the week of her 100th birthday, Billie Holiday’s influence on American music is clear. Her style, tone, and storytelling abilities paved the way for a strong vocal jazz tradition. As the narrator in the Creative Arts Television’s 1959 documentary “Portrait of Billie” puts it: “Today, if you sing jazz and you’re a woman, you sing Billie Holiday. There’s no other way to do it. She wrote the text.” The way that women, or any performers, choose to interpret that text, is just as important as Holiday’s original recordings.

Cassandra Wilson has put considerable thought into interpretation. The jazz vocalist, who has been lauded for “embracing a wide range of American music,” has taken on the Billie Holiday songbook as her latest tribute project. She will perform the collection of rearrangements, entitled “Coming Forth by Day,” on April 8th at the Kennedy Center; the vocals will be accompanied by rocker Nick Cave’s rhythm section. When discussing the album in an NPR interview, she stressed that her goal was to avoid cliches and reinvent the songs. In her words, “I couldn’t wait…to do some wild and crazy things to it.” 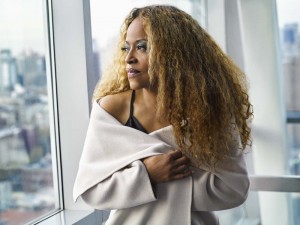 When reading the NPR article, I was initially struck by Wilson’s desire to sing the music so differently. With some tribute projects (see most classic rock tribute acts, for example), the goal is often to mimic the original artist as much as possible. But with jazz, change is necessary. Wilson comments: “It’s beyond improper–it’s considered rude, in jazz, to imitate someone. So for me to do a tribute to Billie Holiday and imitate her style or her context would be almost insulting.”

I immediately thought about quoting, or using another artist’s melody in a piece. This is common practice in jazz, but in the context of another song, the quoted melody hardly ever has the same tone. Wilson will change the music, but her main focus is on changing the context. Her rendition of “Don’t Explain,” a song about a cheating lover, will have a more empowered perspective, as opposed to being told from a victim’s viewpoint. In today’s context, the song should sound fresh, free from cliches, and open to interpretation.

The latter half of “Portrait of Billie” does some quoting of its own. At the 19-minute mark, the documentary features a modern dance set to Holiday’s music. Carmen De Lavallade plays a woman who becomes an iteration of Holiday; she’s soon joined by John Butler, who represents Billie’s various struggles in life–her abusive relationships, her troubles with alcohol and drug abuse. The dance was choreographed the year of Billie’s death; at the time, she had recently passed away at the age of 44. While the dance is a fine artistic representation of her life, it does seem somewhat dated. I’d like to see what it would become in the hands of a modern-day choreographer. Would the dance be as allegorical? What songs would be used instead? Or would covers of Billie’s songs, like Wilson’s reinvented ones, replace the original recordings?

If listeners find all this requoting offensive, it’s important to remember that Holiday herself didn’t stick to the original material. According to the documentary, early publishers mistrusted Holiday’s tendency to play with the melodies and change the text–essentially, putting an improvisational spin on jazz that was as scandalous then as it is celebrated now. As a rising star, she claimed to be influenced by Bessie Smith’s voice and Louis Armstrong’s style of trumpet playing. She didn’t copy them exactly, but they served as her biggest inspirations. Quoting and changing the music in this context is not disrespectful–in fact, it’s the highest form of tribute a musician can pay.