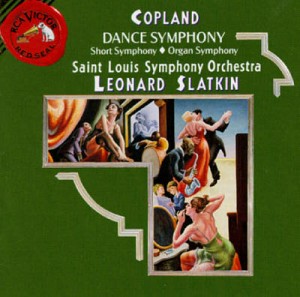 Copland’s Dance Symphony was written in 1925 during the height of the development of symphonic jazz.

The 1920’s in the United States welcomed a new type of distinctly American music that combined music created by African Americans and stylized it for white audiences. Duke Ellington, George Gershwin, Paul Whiteman and others can be credited with popularizing this new orchestral genre.

Distinct from New Orleans and Chicago styles of jazz, orchestral jazz included new style features like polyphony instead of homophony, the general expansion of instrumentation from big bands to orchestral instruments, and a shift to pre-arranged compositions rather than collective improvisation. Paul Whiteman commissoned several composers, including Gerswhin’s Rhapsody in Blue, to write music with the instrumentation and style features of jazz, but with the scale and structure of a symphony orchestra.

“In the twenties, most of those who listened at all regarded jazz as merely an energetic background for dancers; the few who sought more profound values in the music tended to accept Paul Whiteman’s concert productions… as the only jazz worth taking seriously.” – Paul Whiteman on symphonic jazz1

Aaron Copland was a young composer during these “golden years” for American popular music and jazz. Determined to make it as a full time composer, Copland lived in a studio apartment near Carnegie Hall in New York. He created a group with several of his younger contemporaries, including Virgil Thomson, called the “commando unit” to help promote each other and their works, but also influence each other in what the American style would be in the 20th century. 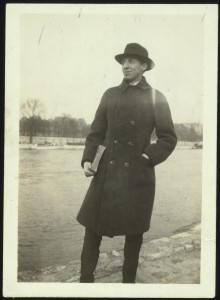 The Dance Symphony is divided into three distinct sections, but there must not be any pause between movements. The first movement begins with a short slow introduction, followed by a light allegro. The tune is passed around in the woodwinds, starting in the bassoon, moving to the oboe and finally resting in the clarinet. Meanwhile, each time the tune is accompanied by soft plucked violins and harp. With each version of the tune, combos of instruments are used, like the jazz combos popular in the day.3

The second movement is more interesting in that it layers multiple melodies on top of each other. This is a technique popularized by Charles Ives around the same time.

The third movement is more interesting still because of its characterization of violence and syncopation. It begins with a jazzy motive using chords and blue notes popular in jazz. There is an extended development of all the material similar to the standard jazz form of numerous solos over a bass line ending with “all motives blazoned forth at once.”4