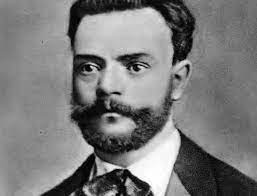 In speaking of this composition, Dvořák went so far as to claim that “The future of this country must be founded upon what are called the Negro melodies. This must be the real foundation of any serious and original school of composition to be developed in the United States.” Obviously problematic, this statement essentially tells white Americans that it is in their best interest to continue to take advantage of the people they have violently enslaved and oppressed to further their musical mark. 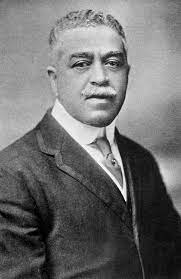 I was fascinated to learn that H.T. Burleigh — who was the subject of my very first blog post, lovely how it all ties together! — was in fact Dvořák’s assistant at the National Conservatory in New York City in the early 1890s. Burleigh introduced Dvorak to spirituals such as “Swing Low, Sweet Chariot”, which was even quoted in the first movement of “New World Symphony” (read more about that relationship here!).

This quotation can be heard in the second theme of the first movement of the composition in the flute. (Timestamp 4:03)

And here is a recording of “Swing Low, Sweet Chariot” as it would have been heard and sung as a spiritual:

Though Dvořák himself denies this quotation, most listeners clearly hear the melody. In the July 14th edition of The Colored American, a Washington D.C. newspaper published in 1900, the author claims that “the only songs distinctively American which have commanded permanent acceptance” have been adapted from African-American melodies.

This account aligns more with the opinions of listeners today, who overwhelmingly agree that Dvořák directly quotes from African-American spirituals, continuing the cultural oppression and erasure of Black Americans by white individuals with power; and, are we really surprised that he gives no credit?

Stylistically, Dvořák moves between Czech-like themes, and themes centered around “American-sounding” scales, which African-American spirituals. This video helped me to hear these differences side-by-side, and has given me an idea of what “American music” had evolved into during this period from the perspective of an outsider.

Taking the perspective of an outsider when discussing what it means for music to be “American” can have its complexities. While Dvořák’s position as an outsider can be beneficial in that his observations are valuable in closing in on a definition of what makes music “American”, critics and scholars must also take into consideration his positionality.

As a white, European man with influence, Dvořák does not hold personal and cultural stake in the lack of preservation of many other forms of “American” music and culture, making critical thinking imperative when analyzing the forms of music Dvořák shares in his “New World Symphony”.