The Accordion wasn’t invented until the mid 1800s in Eastern Europe, and its form has had undergone countless innovations and stylistic changes since then. The accordion has long been associated with the music of lower class people, partially because it could provide the basic elements of melody and bass all within one instrument. This instrument thrived as nationalistic styles emerged throughout Europe, and later when immigrants arrived in the United States it maintained cultural specificity.

In a series of photographs taken in 1977 Chicago found in the Library of Congress Photography Collection, several cultural celebrations feature an accordion player, including a Norwegian Festival, a Lithuanian wedding, a Spanish heritage meeting, and a school ensemble. 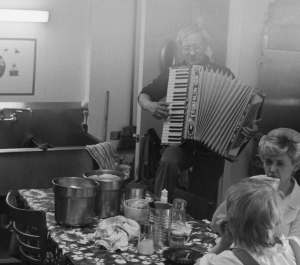 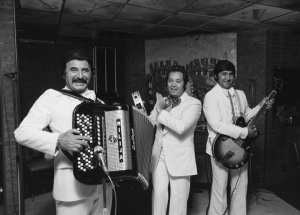 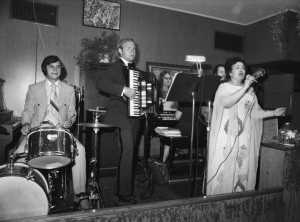 In “The Accordion in the Americas,” a collection of essays about Accordion music throughout North and South America, Helena Simonett writes “The accordion reflected the zeitgeist of the industrial era of the late nineteenth century. In a time of technical excitement, the new, mechanically sophisticated instrument came to symbolize progress and modernity.” Simonett explains that the accordion was an emblem of not only cultural, but musical progress. So how did the instrument become so closely associated with small cultural expression?

The accordion is such a compelling case study for American music because while it might otherwise be thought of as a marking for “other” or closely held ethnic enclaves, in reality its history is more complicated. Just like with so many musical traditions, it wasn’t only European immigrants who held claim to the accordion. The accordion was a major part of the folk revival movement. The stories that have always been told are not necessarily the stories that we must continue telling.