Aaron Copland is widely known as “the dean of American music.” His music reflects Americanism and also helped in the World War II war effort. Aside from domestic efforts, his letters reveal his efforts in spreading American music and its influence to other countries and composers. 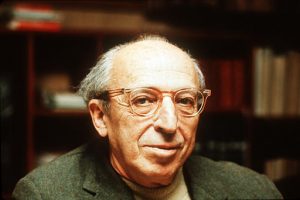 Based on Copland’s frequent travel, it almost seems like he did not like staying in America for too long. One country Copland’s musical travels brought him to was Mexico. The purpose of his visit was for a showcase of American composers. Prior to this musical festival, Copland writes to fellow musician Elizabeth Coolidge in 1937 speaking on what American music can do for the country.

“Having lived in Mexico before, I think I can understand what a profound influence such a series of concerts is most likely to have on the musical life of the country.” 1

His expectation of the concerts are later documented in his reply to Coolidge.

“On the whole,  from my own standpoint, the most important aspect of the Festival, was the opportunity it gave me for a cross section view of the present status of our own music. I came away feeling strongly encouraged for its future.” 2

Copland seems to view his performance’s success not only as spreading influence to Mexico, but as a validation for American music’s stronghold to itself. Later in regards to broadening his reach to other Latin American countries, Copland writes to Carlos Chavez, a growing Mexican composer.

“Any other bright ideas you may have, along the lines of furthering cultural relations between Latin American countries and the USA, via music, would be very welcome.”3 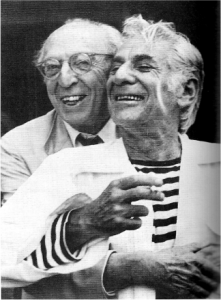 Aside from Copland’s American influence to Latin America via music, is to his admirers who ask for his advice on American nationalism in music. A *special friend* Lenard Bernstein known to Copland affectionately as Lenny, asked for advice while a student at Harvard for his senior thesis about nationalism in American music.

“Don’t make the mistake of thinking that just because a Gilbert used Negro material, there was therefore nothing American about it.  There’s always the chance it might have an ‘American’ quality despite its material.” 4