On the subject of authenticity, I think it is fair to say that one should deeply understand the context of the music they are performing in order to reproduce it in a manner that respects and preserves its roots. For example, spirituals come from an African American slave tradition, and several people reproduce spirituals outside of the gospel. The jazz setting of Green’s recording is pretty appropriate for the song, especially when the history of jazz is taken into account. In our readings, we have learned that a large part of the African musical tradition includes improvisation, which appropriately takes places in spirituals, the blues, and jazz. In other words, Green’s performance furthers the tradition of African music in America.

A small comparison between the two recordings is that Green’s album lists the song as Joshua Fit de Battle of Jericho while Presley’s is listed as Joshua Fit the Battle of Jericho. The subtle change of “de” and “the” actually show the difference between how the two artists likely absorbed the song for the first time. The fact that Presley’s album lists it as “the” buys into the idea that “de” is not proper English, and should therefore be corrected, while Green leaves it as is because that is how slaves created and sang the song. 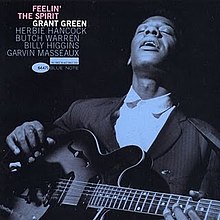 Lastly, I think a big fault in Elvis’ recording is that he decided to sing this spiritual in a major mode, which fails to pay true homage to the origins of the piece. I’m not trying to say that every spiritual must be in a minor mode to depict the anguish of the tradition that it comes from, but I think that altering the mode of specific songs poses a problem, especially when the performer will never experience the context in which these spirituals were originally sung in. In addition, it seems that Elvis recorded spirituals because he enjoyed them, which was not the reason why they existed in the first place. Spirituals were a means of consolation for the suffering of slavery, and Green’s album, Feelin’ the Spirit (1963), captures this in his time-appropriate era of the Civil Rights Movement. Green did not necessarily want to reproduce the music in its original context, but to bring this music to the nation at a time when they needed the same hope for equality that slaves did.