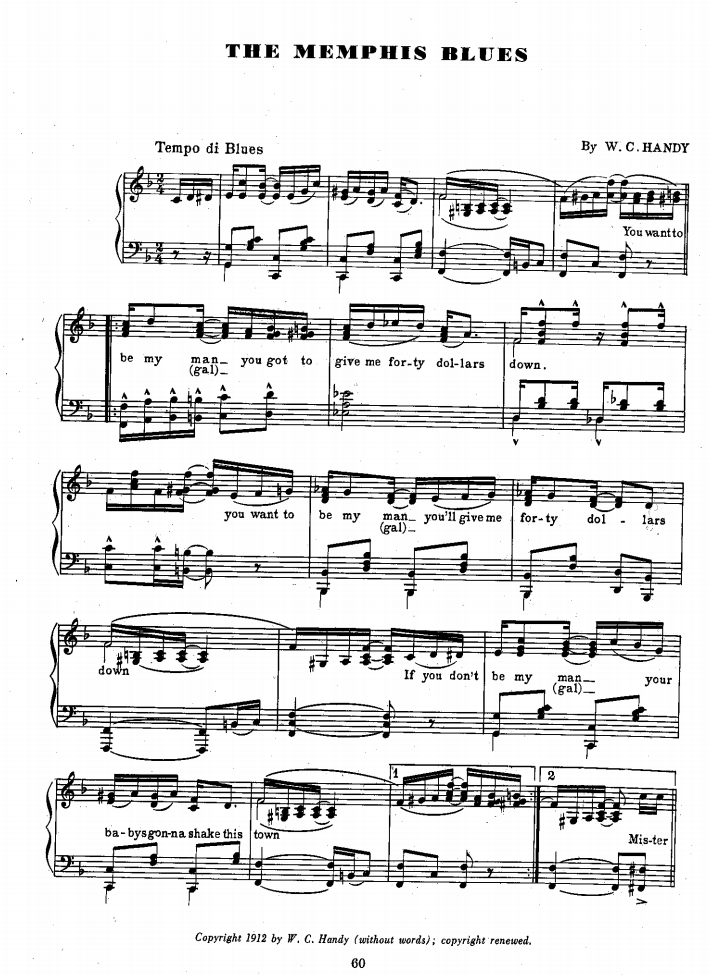 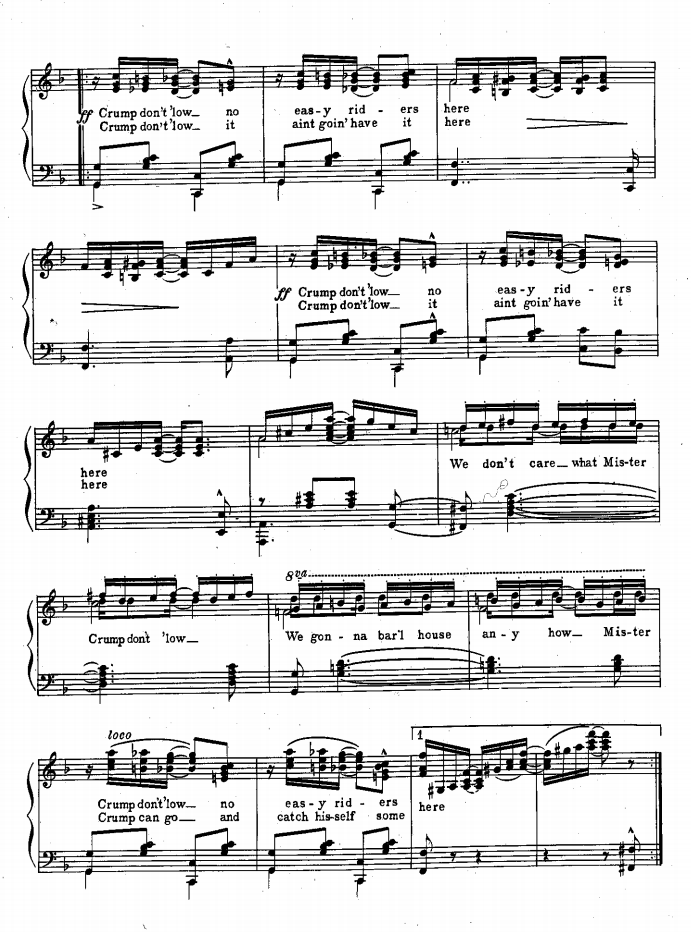 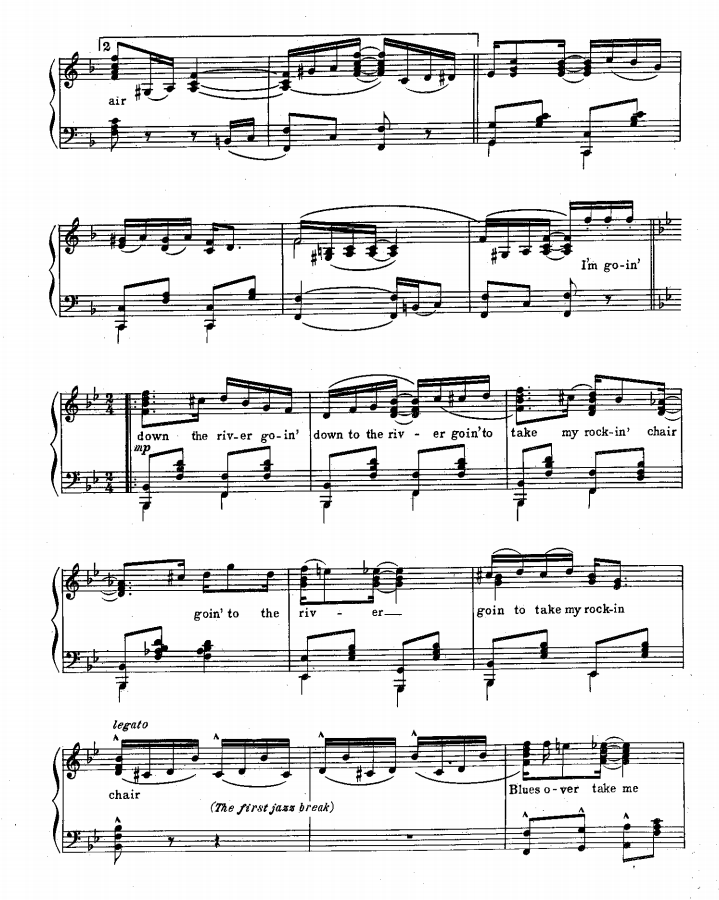 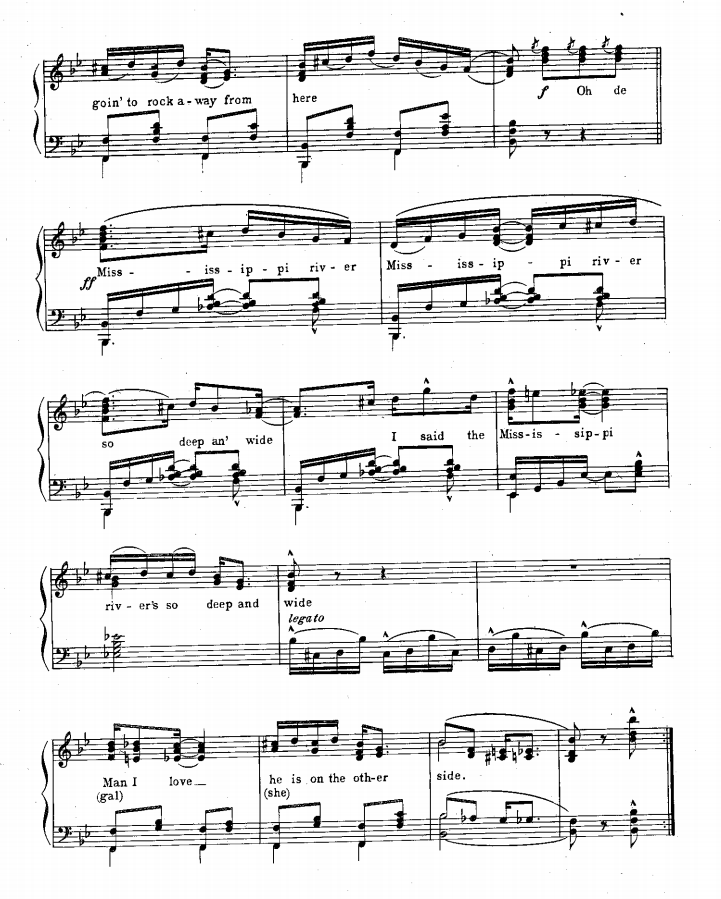 From listening and looking at the score, one can tell that this piece unfolds in three binary sections. The first section (which I will refer to as Section A) includes the AAB structure of the 12-bar blues. Section B (page 2) features an AABA form and from A Treasury of the Blues lyrics it also contains the same two bars of singing and two bars of instrumental break feel (shown below). Section C (pages 3-4) does not have the same structure as the previous sections, yet still contains the instrumental fills.

Interested in learning more about The Memphis Blues, I continued to search for more recordings. I came across Morton Harvey’s performance of the work recorded 3 months after the Victor Military Band’s. At first listen it sounded exactly the same, just with lyrics. Slowly I started to notice that the lyrics were not the same as The Treasury of Blue’s printed lyrics. Curiously, the lyrics and performers matched a copy of The Memphis Blues that I found of imslp.org.  The cover of the score (found below) claims that this piece was “George A. Norton’s” only founded on the W. C. Handy’s “World Wide ‘Blue’ Note Melody.” 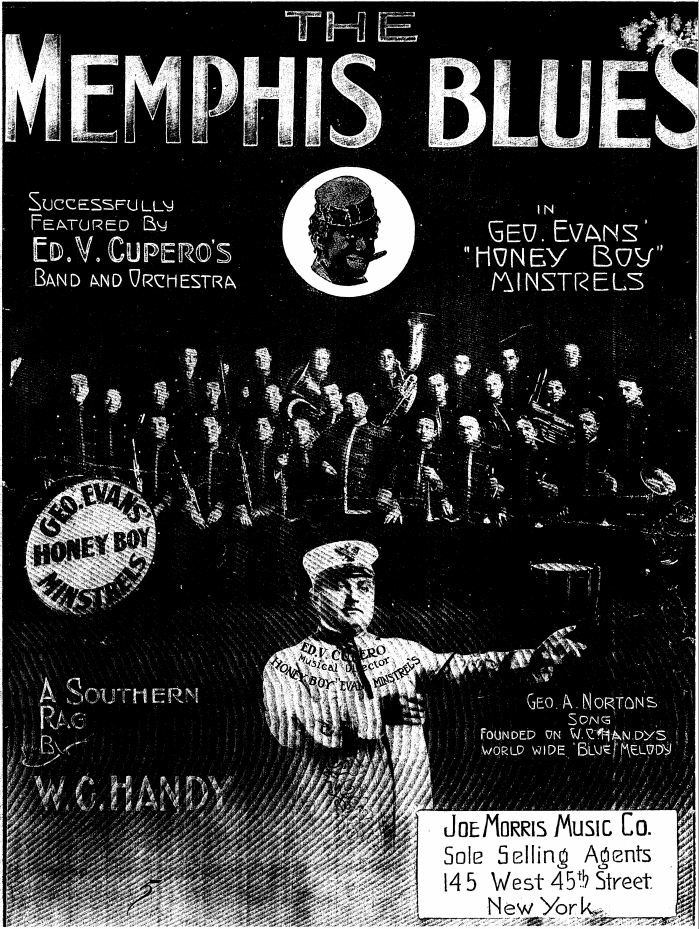 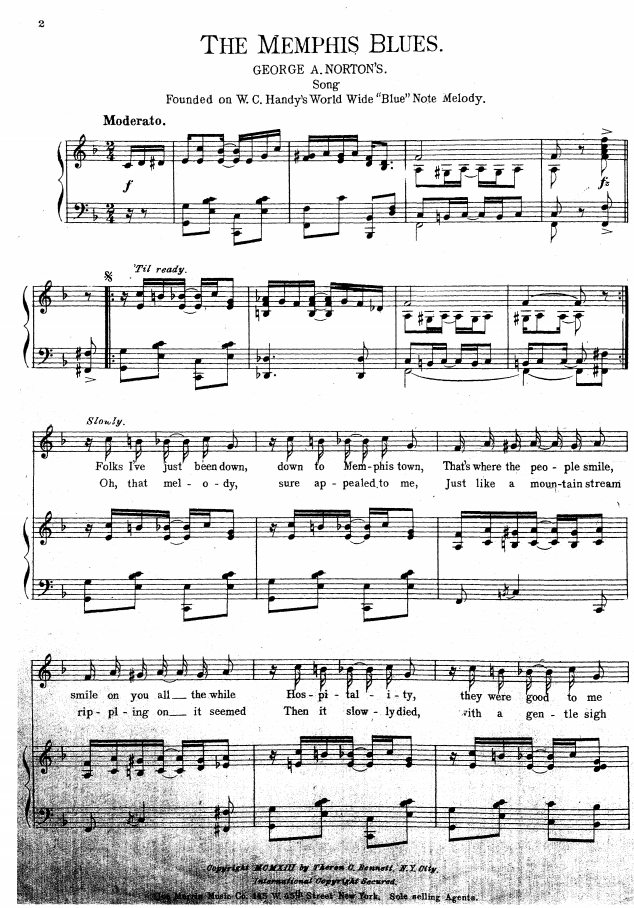 However, George A. Norton’s version takes out the most crucial opening A Section (see above), only including a tiny bit of the A section and tacking it on the end of the B section. As mentioned before, the A Section is 12-bar blues form. Without this section, I hardly believe that this piece can be entitled The Memphis Blues. Even the B section of A Treasury of the Blues version is marred by Norton’s lyrical arrangement, adding lyrics to the two bar instrumental interludes (see Norton page 2 and Handy page 3). I think it is a crude infringement on Handy’s blues form, changing the piece from The Memphis Blues to The Memphis Ragtime.