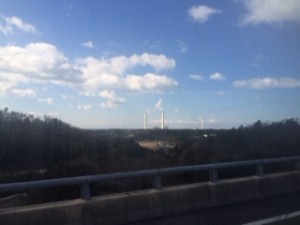 On Monday, our class toured the communities surrounding the Fukushima-Daiichi nuclear power plant. There is no way to accurately describe the experience we had, but I can say with confidence that it was undoubtedly sobering. As we traveled from town to town, the devastation that the Triple Disaster caused became increasingly apparent. Looking out the window, I commented on how it is different to hear about something on the news and to see it in person. 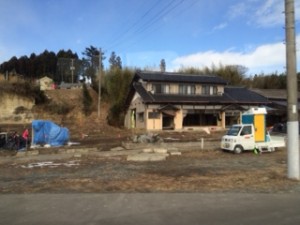 What was once perceived as a tragedy far far away become reality all at once. As the day continued, we made a stop to speak with local villager, Mr. Kobayashi from the Hōshanō Sokutei Sentā (a center that measures levels of nuclear radiation) in Minami-Soma. As he spoke about the consequences of the disaster, several familiar themes began to appear. He described the impact that the disaster had on the economic system within the area. We later learned that this is a result of the destroyed infrastructure, the lack of job opportunities due to the contamination, the closing of the power plant, and the fears of many people about the overall safety of the area. When people were permitted to move back to the area, few youth decided to move back due to this lack of opportunity. It appeared to me that the struggles in Itate and Minami-Soma regarding an aged population and little economic opportunity were similar symptoms to those of Nagawa-Machi. However, their root cause differed substantially. Regardless, it is interesting to note these symptoms have manifested themselves through different environmental and social factors. 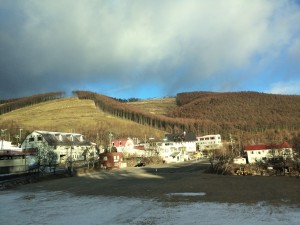 Our three day trip to Nagawa-Machi was an invaluable opportunity to see how a community is trying to revitalize the area in the face of increasing urbanization and a lack of interest in rural life. A continual theme throughout our stay in the village was how do we convince young people that rural ways of life have value and are appealing? The entire time I was there, I thought about this question. Community members have partnered with students from the Tokyo University of Agriculture, to work on initiatives that teach youth about the value and indispensability of this area. They also focus on products and goods that are unique to the area, and try to market them to a more global community. These goals are implemented through educational programs and historical lessons that explain the importance of this town to Japanese history. The belief is that such efforts will help overcome seasonal interests in skiing and show that Nagawa-Machi is a destination that is attractive throughout the entire year. By approaching their issues in this way, they are trying to show that their community is alive and well—something I admittedly didn’t acknowledge at first. 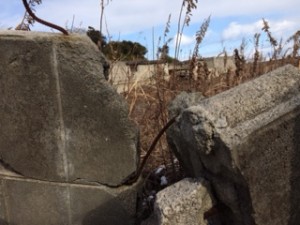 I admit when I thought about going to the Fukushima area I did not think about how the local economy and demographics changed. I mostly thought about the destruction and the emptiness that I assumed I would see. I think that this sort of mentality is largely born out of the separation between the community and myself. The events that unfolded in this area were not real to me in the same way they were to the locals. It was just a sad story. The more I learned about the area and the more I realized it was a living community, the more I came to realize just how devastating and long-lasting this disaster was. Before the Triple Disaster, the area around Fukushima-Daiichi was a community with a strong labor force built around the power plant. The community did well because of the opportunities built around this facility. When the plant malfunctioned and was put offline, most of the people left—either by choice or because they were forced out by radiation contamination. It seemed to me that the latent symptoms of the flight from the area manifested themselves in similar ways to the problems in Nagawa-Machi. Similarly, my conceptions about this area were rooted in a static frame of mind that did not address the nuances or vitality within the area as a living community.

While both communities have different backgrounds and histories, they have both been impacted by the relationship between society and the environment. In Nagawa-Machi, this relationship has manifested itself through the rapid urbanization of Japan and the lack of interest in rural life. As such, people are disinterested in living and working with the land and it falls into disuse. This movement of peoples has caused hardships for the people who have stayed—usually the elderly. Similarly, in Minami-Soma, Itate and other communities in the area near Fukushima-Daiichi the reclamation and revitalization of the land has not proven fruitful given the lack of economic promise in the area. 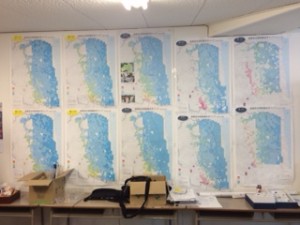 As we stopped in these communities, the majority of people we saw were temporary workers, only in the area to make some quick money and to leave. Our tour guide, Professor Ishii from Fukushima University, explained how these people are not interested in staying in the community and how this is a big problem for the area. It was inspiring to hear about his life story and how he switched his career focus to this issue. Like in Nagawa-Machi, a lot of the conversations we had in Fukushima centered around revitalization and what efforts are being done to bring people back to the area. It appeared to me that these efforts were a part of a larger movement that seeks to acknowledge and reclaim the living and dynamic part of these communities—both socially and environmentally. 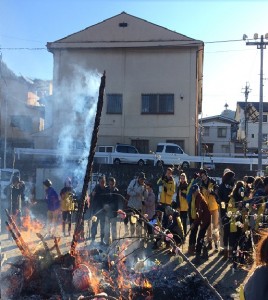 While the experiences and issues these communities have differ markedly, I cannot help but think about them as part of a broader story. That story looks at the relationship humanity has with its environment and how persistent people are in trying to recover after great environment travesty has befallen them. The fact that there are people within both communities are trying to restore their relationship with nature proved inspirational to me. In a way, I believe this is part of a larger goal to re-establish a sense of anshin (peace of mind) and anzen (safety). The hope is that in doing so, these communities will once again be able to thrive. For both, those efforts have been facilitated through the encouragement of youth in returning to the area. This ties back to the broader themes covered in the courses about the legacy of modernization and the ramifications that this process has had within Japan and within the Japanese people.