The Importance of Learning Through Conversation.

One of the main lessons I have learnt from living in an international community is that the lessons that last the longest are not learnt in the classroom but gained through conversation with people who have had different experiences from yourself.

During one of the last few days at ARI we were given the opportunity to sit down with current ARI employees and simply listen to their personal stories as they parted with their knowledge and gave us advice as young adults that they deemed necessary. I had the privilege to listen to both Nick and Jill from the Philippians. Both Nick and Jill are from the indigenous people of the Philippians and were past participants at ARI before they became staff members at the institution.

It was fascinating to learn about the different projects both men have initiated within their communities back home as well as learning how politically involved they both are in the indigenous people’s environmental movements in regards to protecting their land and their trades. After speaking with them both for an hour the main lessons that Jill and Nick wanted us to try and remember were: ­

We live in a world built for convenience. Everyone on our trip is has lived a privileged life where we know that if we open a tap, clean water is going to come out of it, if we need to cook our food we simply switch the oven on. Jill was explaining that in times of crisis when there might not be any electricity or clean water flowing through our taps will we be able to continue with our daily lives. Would we think of building a fire and placing a pot over it to cook, or fetch clean water from a natural water source. When we create a lifestyle that allows a child to say that they do not know how to wash dishes we are doing them and the world a disservice. Although there is merit in efficiency there is a sense of accomplishment that comes from hard work. We also should be become complacent when dealing with issues within a community. Although we should respect authority we should not blindly follow them. We should question authority and educate ourselves on the big issues being faced by our society. Without knowledge we can’t make enforce change. ­

Nick was explaining to us the difficulties he faced when he first returned home from ARI. The members of his community were not willing to believe that he could farm without chemical fertilisers or pesticides. Nick had to learn how to be innovative in not only trying to get more people involved and interested in his project but had to be innovative with his methods of farming and the materials used. The Philippians natural resources are different from the natural resources that he had at his dispense at ARI. Coming up with new ideas and ways of doing things are skills that far outreach the mechanics of farming. Being able to adapt and be flexible becomes an asset that can be used in any and all situations you might face in the future. Nick states that it is through innovation and one’s flexibility that we will be able to overcome major environmental issues such as global warming and pollution. ­

Both men agreed that “no man is an island” and we can’t all be good at everything. We need to remember to use the knowledge and skill of the people around us in order to overcome and resolve both local and global issues, environmental or not. It is through the sharing of our knowledge that we learn faster and gain a more complete picture of the world in front of us.

Although I learnt a lot of both Nick and Jill and take their lessons to heart I think the biggest lesson I learnt that day was through our less formal chit chat with them. I learnt that people tend to stereotype issues of exploitation and mismanagement to only be present in developing countries. Nick and Jill were both surprised to learn from us that small farmers in the United States get bullied and strong­-armed by big companies just like the small farmers in the Philippians that they were telling us about are getting strong-armed. The prevalence of chemical use and genetically modified foods creates a competition that the small organic farmer finds hard to compete with and that the lack of successors in the agricultural sector is already starting to become a problem in the US. Coming from a developing country myself I have understand that we do tend to shine a slightly more negative light on the progress of developing countries but I have realised that there are so many similarities in the problems that the everyday citizen is facing across borders. The only way that we are going to be able to overcome these issues is by not being negative towards our own countries faults and being patient, but by still remembering that we can’t be complacent, we have to be innovative and remember to collaborate with other.

I found our conversation with Nick and Jill to be greatly informative and thought provoking and I feel thoroughly honoured to have been given the opportunity to learn a little more about their truly inspiring lives. 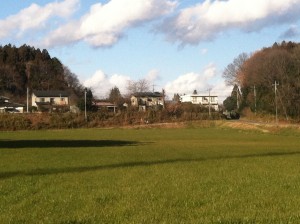 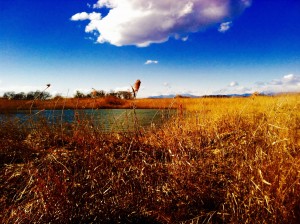 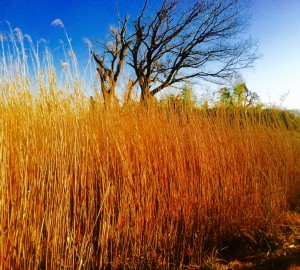 People’s hard work and dedication allowed for the Basin to be what it is today.