As if this class has not already challenged and broken down my personal definition of what nature is, today we visited the Watarase Retarding Basin in southern Tochigi prefecture. The Watarase Retarding Basin is an active, industrial flood protection operation. In the midst of its utilitarian duty it is also advertised as an “Eco-Museum” and is recognized as a site of importance by the Ramsar Convention (The Convention on Wetlands of International Importance, especially as Waterfowl Habitat) and is in the process of gaining UNESCO recognition in combination with the Ashio copper mine. However in the midst of this reedy sea, it is difficult for me to separate this beauty from it’s damaging past and impending future. 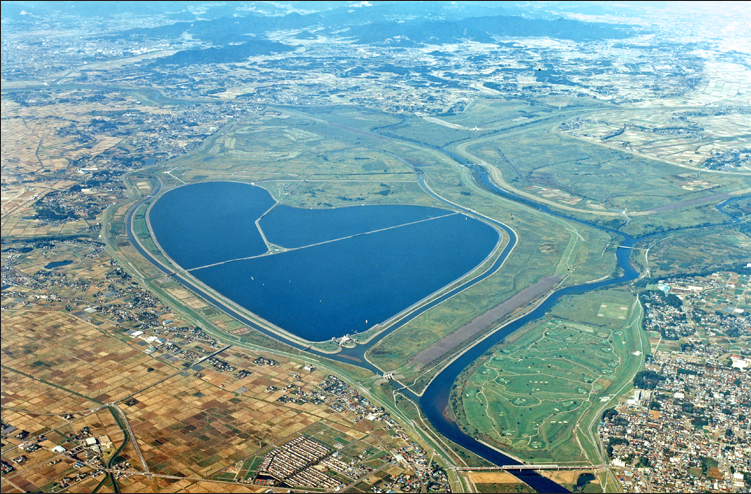 The history of the Watarase Basin begins with the creation and operation of the Ashio Copper Mine in the mountains near Nikko. The Ashio copper mine was at the height of conflict in the early 1900s when local people began noticing the implications of the pollution caused by the mine. The Ashio mine dumped the majority of its wastewater and tailings, containing heavy metals and high concentrations of sulfides, into the Watarase and Tone rivers. In order to prevent this water from flowing directly to Tokyo, the government decided that it must create a retarding basin between Ashio and Tokyo and that the prime site would be near the small town of Yanaka. After much contestation on the part of the residents of Yanaka and widespread devastation and violence, the basin was created and the town destroyed. 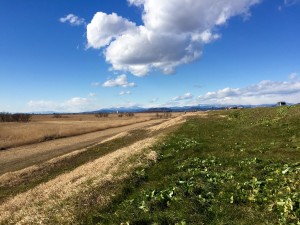 After 100 years, the wetland contains undetectable amounts of pollution. After the construction of the basin, the natural seed bank in the soil produced a sea of tall reeds that provides a temporary home for thousands of migrating waterfowl each year. The wetland, ten times the size of Central Park (about 30km2), boasts the title of being a Ramsar site. Home to 1,000 species of plants, 1,7000 species of insects, and 252 species of wild birds, the Watarase basin has become a natural sanctuary for people caught up in the hustle and bustle of the Tokyo metropolitan area (which extends to the edge of the basin). The basin has become an “Eco-Museum” as it is a place for the preservation of many endangered and endemic species, the ruins of the Yanaka village, and culturally important practices. Standing in the tall, rustling reeds, listening to the calls of songbirds, it is easy to forget that you are standing on the edge of the largest metropolitan area in the world.

My personal conflict lies in the fact that I have a very hard time separating the history of this place from its present and future. History in the Watarase Basin is still being written. Although the basin itself is (relatively) pollution free at the moment, after years of filtration by and seepage into the wetland, the basin is at serious risk of a toxic catastrophe. Even though the Ashio copper mine has been out of commission for more than 100 years, the evidence of its use is not erased. Massive lakes of contaminated water still lie around the perimeter of the mine. These lakes are the product of polluted rivers being dammed and continuously dumped into. One of the lakes is located directly above the town of Ashio. From the town, looking toward the mountains one sees two beautiful mountain peaks with a concrete barrier forming a retaining wall for the toxic water that lies on the other side. A breach in the dam would not only wash the town of Ashio away in a tide of murky water, but it would also be the end of the “pristine Eco-Museum” located only a matter of miles down hill. In a country that receives 10% of the world’s earthquakes, this is a very real and perhaps inevitable reality. It is not a question of if the dam will break, but a question of when.

The history of devastation in the vicinity of the Ashio mine area is far from over. The chapter of Tanaka Shozo and Yanaka village may have come to a close, but future chapters are sure to contain reminiscence of the past. Never before have I encountered an environment that has caused so much confusion and so many questions to blossom in my mind. This natural wonder, a product of widespread pollution and suffering, seems to have reached a, perhaps previously intangible, goal of environmental harmony and restoration. It is no doubt that this area of flourishing biodiversity is a benefit to the environment, but I can’t help but think about what might have been there had the Ashio copper mine not produced such widespread destruction. Perhaps agricultural fields? Perhaps an extension of the city of Oyama? Perhaps a national forest? The world will never know.