What is Good Food? 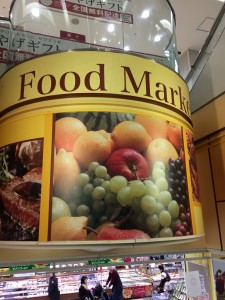 Our first day in Tokyo provided insight into the various ways in which people are able to connect with their food. We were tasked with trying to answer the difficult question; “What is good food?” A vexing question to say the least, we explored two different locations throughout the greater Tokyo area (Akabane and Ikebukuro) to try and understand how people in Japan might answer this question.

The first location we went to (Ito Yokado) is a larger supermarket that is comparable to a multi-leveled Target or Wal-Mart. My first observation was that the store was quite large, even by American standards, and that the foods being sold were produced on a mass scale. 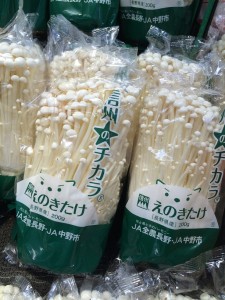 Not being able to read the packaging was interesting because I was able to observe how the food was marketed based on aesthetic as opposed to what it says. A large majority of the food was packaged in clear packaging that showed the contents inside. 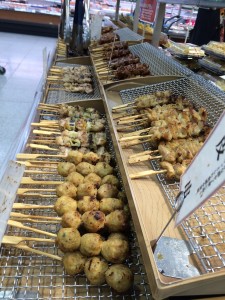 Being able to see the actual product appeared to be important in classifying it as good food. In addition to visual cues, smell also played an important role in attracting people. Within the department store there were a few stands where one could get cooked meat and vegetable kebabs as well as deep-fried fish and chicken. These stands were placed near the entrance and were not protected by any barriers. I found this peculiar because it appeared that there was an emphasis on hygienic food with all of the packaging, but this food was not protected at all. Our trip to the department store, Seibu, in Ikebukuro later that day both affirmed and challenged these perspectives.

Seibu is a department store located above the train station in Ikebukuro. I was informed that it is a high end store for travelers looking to buy gifts or other high-end products. This was apparent from the moment I walked into the store. It is like a Bloomingdale’s and Whole Foods combined, containing a wide-array of goods for sale. One characteristic I noticed right away was the uniformity of the food. We walked into the pastry section of the store and every single piece of cake or tart was identical. It appeared that every item was masterfully crafted without deviation. 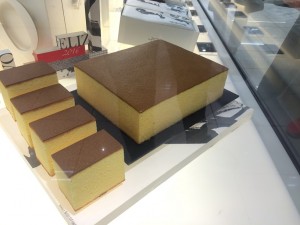 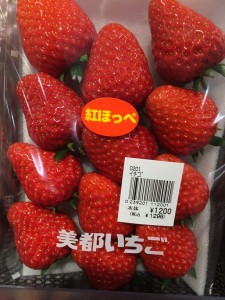 This was also true of all of the fresh produce, which was exactly the same in size, color and shape. It seemed to me that the perfection of the food was almost unnatural. Regarding uniformity, I believe that the United States and Japan do not differ much. However, there was one aspect of grocery stores that differed markedly from that of the United States.

One of the most interesting observations I made while at this store was the type of food that was available. Almost exclusively, all of the food was either fresh produce that one could take to their home to prepare a meal or convenient, individual meals that were already prepared. 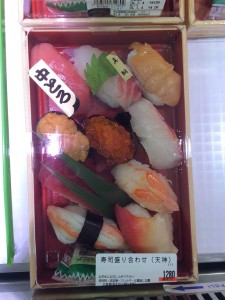 This is different than in the United States where a large majority of the food is tailored to convenient food for families. This food comes in the form of precooked pizzas or family-sized bags of potato chips, etc. This is not easily found in Japan. There exists a wide variety of products, but the proportions are small compared to standards in the United States. The only food that you can buy in large quantities is fresh produce.

I do not know why this is the case in Japan, but there are several plausible answers. One is that family dynamics differ from those in the United States and this has an impact on the amount of food consumed and how it is produced. Another possible reason is that conceptions of good food differ between the two countries. In the United States, there is a commonly held notion that bigger is better and as such, the country struggles with over-sized portions. It would appear that Japan does not have the same conceptions of good food. Instead, an emphasis on uniformity and aesthetic quality seem to have more value.

Touring different neighborhoods in Tokyo to see where people buy their food was a valuable experience. It allowed me to think critically about how I conceptualize good food and what underlying assumptions or beliefs support those ideas. It was also valuable in understanding how these conceptualizations differ for people in Japan. It is important to note that the observations I made during this time is just a small subsection of the food industry in Japan. There exist numerous types of grocery stores and markets throughout Japan that hold different food standards. The locations written about above are some of the more high-end locations that one can buy food and as such, I believe it is a good representation of what I would constitute “good food.”