It seems like since before our trip even started, everyone in our group was getting sick. One girl missed the flight because of illness, and it seems like there hasn’t been a single day that my roommate hasn’t been dealing with a migraine, a cold, or both. Considering how often I typically get sick, I’m absolutely shocked that I’ve managed to spend the vast majority of our trip totally healthy – minus a sprained knee and a lot of worrying.

That changed a few days ago when I started dealing with depression again. I know it’s still totally socially taboo to talk about mental illness, but bear with me. There’s a reason why I’ve been spending my weekend moping around and making half-effort art, after all. It came without reason or warning, since everything is going wonderfully both here and back home, and I have so many things to be excited and happy about. Depression rarely makes any logical sense in that regard. 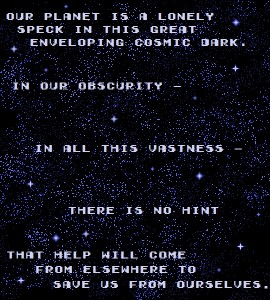 Luckily, the reason it started does have some semblance of sense. It was actually about exactly this time two years ago, when a huge chunk of my friends were off studying in Japan and I was the one left back in the Minnesota cold, that I began to feel a total lack of hope. There was no hope of me making any amount of difference in the world, of changing anyone’s minds on anything, of solving all of my friends’ problems like I had been trying so hard to (in retrospect, that was a super terrible idea). I was 110% burned out, and I wasn’t even 20 yet.

It was during that time that hope started to become a huge theme in my life. Despite my total lack of it, the people around me promised that I was giving them hope by working through everything and helping them remain stable. That wasn’t enough for my own mental health though, since I had very little direction in my own life. Even though I was filled with passion and drive, none of that mattered without the hope that it could make any change in the world. This is why hope is such a necessary part of our lives – without it, working towards anything seems pointless.

Hope has also been a huge theme of this trip, intentionally or not. Our professor gave us a piece of wisdom, handed down to her from one of her own mentors, that I have not been able to stop thinking about since:

The topics we’ve been dealing with have not been easy ones. The massive loss of life and displacement of people could not be adequately described as anything less than “heartbreaking.” The topics we have been learning about have been very emotionally taxing. It’s hard to hear about the environmental disasters that ravaged Japan one right after the other. It’s hard to hear about the government’s poor response to these, or rather lack thereof unless larger cities like Tokyo are threatened. It’s scary to think about the reservoir of contaminated radioactive water constantly looming over Ashio, which is doomed with a “when,” not an “if,”to break open with 10% of the world’s earthquakes happening in Japan.

But our professor did keep her promise. On the other side of the coin of each of these disasters, we have been learning about the ways that people have been rebuilding their lives and environments. The stories of leaders created by these times of need are beyond inspiring. The huge-scale relief efforts, orchestrated by regular people like you and me, whose products will not be evident for centuries, are enough to bring a tear to anyone’s eye. One story in particular stuck with me more than others. One mother, who lost her children in the tsunami, wanted to inspire hope in her community – a place that needed it more than just about anywhere else. She planned and helped to construct a labyrinth by the site of the disaster where other children could play. This helped to bring other mothers together to create a community project that inspired happiness in a place that had come to symbolize the very opposite.

It’s because of hope that these peoples’ efforts were made possible. Without some spark of promise, any relief efforts would be meaningless, and no one would even bother. The mother’s story shows that even the smallest amount of hope can create the most incredible things – she was able to help so many other people in her community find positive outlooks of their own, and to create something lovely in a place that needed it so badly. This is the true value of hope – it can completely change a dismal situation to one that brings people joy and happiness. It is contagious, and can inspire other people to take action in their own lives. 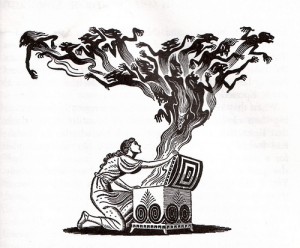 Pandora made some mistakes, but she wasn’t malicious.

Since that January of two years ago, I have made a lot of changes in my life, and even though I now understand that the scope of the change I can make in this world will always be limited, that does not mean it does not matter. I am surrounded with wonderful people in every moment, and I finally have some sense of direction about who I am and what I what to do. My hope has been gradually returning to me, and I’m the happiest I have ever been. I can only wish that what I do inspires other people the same way that others have inspired me.